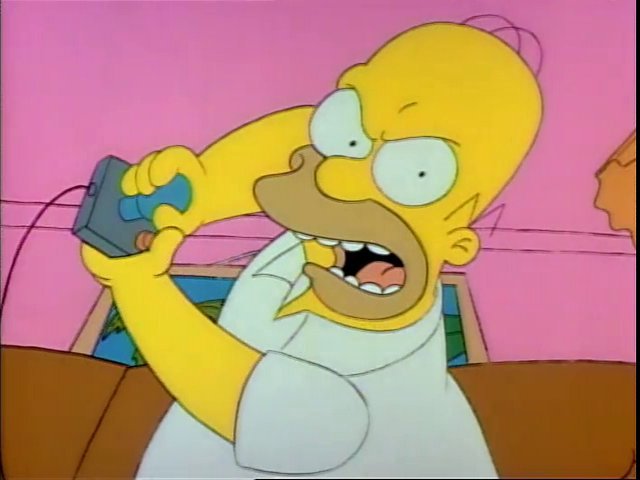 Well, if any team could blow winning two games on the road to start a series…

In reality, I’m not sure anything fundamentally changed about this one. Victor Hedman got his head out of his ass, which helps a ton. Andrei Vasilevskiy didn’t look like all his gear was covered in ants. The Lightning scored first, which makes a huge difference in these games usually. They got a multi-goal lead, which is an even bigger one given the environment.

Still, it came down to the Lightning getting two power play goals before the Caps scratched. And it was high comedy that the first four goals of this game all came on cross-ice one-timers that you would use in NHL ’95 or ’96 that quite simply couldn’t be stopped. Before that you had to use the breakaway move where you just skated post to post and the goalie never got over. Then there was one variation where if you faked forehand and went backhand or vice versa you always scored. But that’s another discussion for another time. Still, when you have snipers like Kucherov and Stamkos on either side, I’m sort of curious why the TB power play doesn’t clock in at over 30% for a season every season. I’m gonna go with apathy.

Much like when a catcher takes a foul tip to a bad spot, when Stamkos or the like are blasting one right by a goalie’s ear, if you look at him at just the right moment you can tell he’s questioning why he ever took this job in the first place. “Here I am trying to slide over to a shot I’m never going to see and the best case scenario is it hits me square in the face. Otherwise I’m just going to glide over to the corner looking like a doofus because no one thought to cover this guy. I should have taken that left at Albuquerque.”

Still, I’m not sure Jon Cooper and his various rings are getting this right. Once again, things happened when Sergachev was on the ice. Again, he got less than eight minutes of even-strength time. Stralman and McDonagh continue to get their heads beaten in, so I don’t know exactly what they’re hanging on to here. Trotz seems to recognize this, or Ovechkin has come for vengeance for all those Capitals-Rangers series (and we all want vengeance for those ever happening and being foisted upon us like it was an actual treat. Curse your heathen gods for that), because they were the exclusive prey for the Caps top line.

Anyway, it’s better to have a series than not, although maybe Cooper thinks because they got Sergachev for Drouin he has to treat him like Drouin too. They have two d-men who can skate themselves out of trouble agains the Caps smash-and-grab forecheck. He’s simply choosing to not play one of them so we can watch life toss an anvil at a drowning Stralman. This will matter soon.