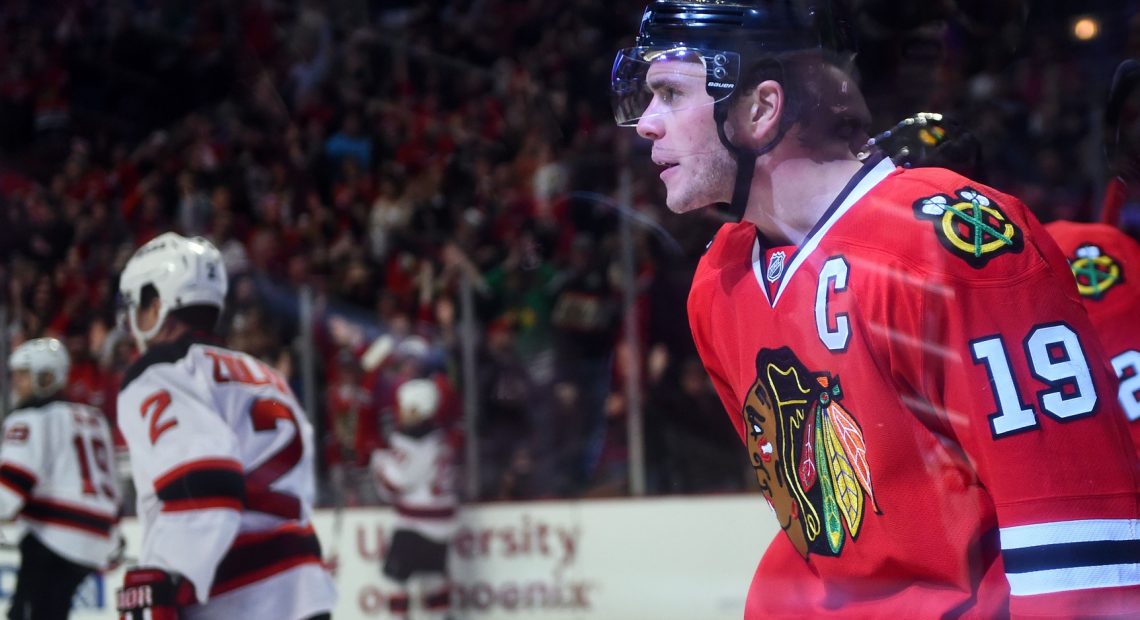 If this had been a different part of the year, we may have written this game up as “The Hawks goofed around for a while and seemed disinterested with the Devils before turning things on in the last 20 and putting them away”. With the seesaw that has been the Hawks recent adventures, we could write that the Hawks were being smothered in the first two periods but were able to just barely shake free in the third thanks to Marian Hossa who seems pretty damn content to just do it all his own damn self these past few games. The truth is likely somewhere in between those two narratives. The first two periods were dull dusty hockey. The third was a welcome sight.

The Devils give up just over 30 shots a game but the Hawks had only managed 10 halfway through the game. They were down a goal thanks to one of the softest of the year from Crow. Then the Devils take an utterly foolish penalty in the last seconds of the second and the Hawks are able to jump on the back of Panda and with the way he’s playing.. that’s all you really need right now.

There’s a decent amount to get into tonight – lets get into it.