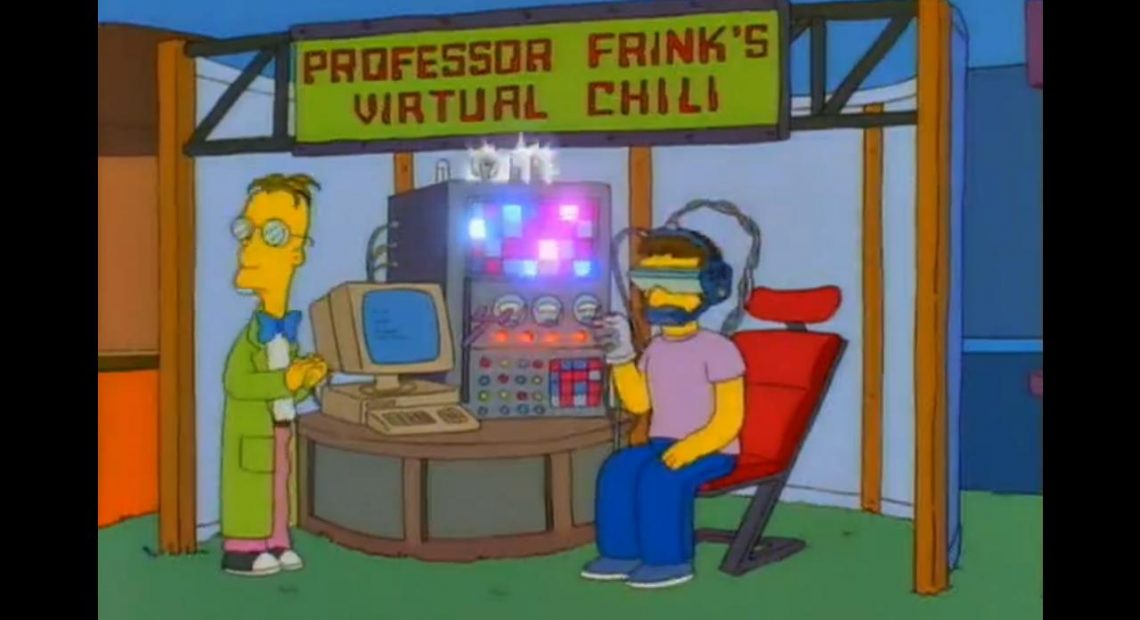 We all pretty much figured that MLB was going to do whatever it could to try and salvage as much of this season as humanly possible, and understandably so. Major League Baseball is a billion dollar business, and those folks don’t like to sit idly by and let that money go up in smoke if they have anything to say about it. So when Bob Nightengale posted this tweet earlier today my initial reaction was not one of surprise, other than at how long it took for some of these weird science ideas to start getting leaked to the press.

As far as creative thinking goes, this one fills the Corporate Bingo card for buzzwords. It’s MLB initiating a paradigm shift thinking outside the box while simultaneously sticking to their core competency (BINGO). Essentially the idea is that baseball will completely realign for a season, with the teams returning to their respective spring training homes in Florida and Arizona. The Florida teams will comprise the “Grapefruit League” while the Zona teams will form the “Cactus League.” Each league will be divided into three separate divisions based on their geographic location in those states. Now comes the point when you ask “Don’t the White Sox and Dodgers share a park, and would that put them in the same division?” The answer is twofold: Yes and Fuck. Here’s what the divisions would look like:

Right off the bat you can see there is some disparity in the talent levels in different divisions. If this were to be how it shakes out division wise the Yankees may as well just get a bye on the regular season and start right in the first round of the playoffs. The Northwest division in the Cactus League is also pretty bereft of quality, as none of those teams other than the Brew Crew even sniffed the postseason last year (and they got in by the last hair on their asses) . Meanwhile the East division is hilariously loaded as it contains both World Series teams from 2019, the Cards (who are always good for 88 wins), the Mets (who despite being hilariously run have a pretty deep vein of talent to mine), and the Miami Derek Jeters.

If you go by ZiPS win projections the divisions stack out like this:

What does that mean for the baseball teams of Chicago? I’m glad you asked, I’ve been super bored these past few weeks. For the White Sox, this kinda sucks as they share a field with the unholy terror that is the Dodgers they’re plopped in the middle of the most difficult division in all the land. After the Dodgers the revamped Reds are there, plus our old friends the Tribe and the Angels, who have the greatest baseball player ever to play the game. Out of the entire division, not a single team is forecast for less than 81 wins (the Reds) and pretty much everyone expects them to outperform that. The silver lining for the Sox here is that getting to play out the season at the Camelback Ranch might help some of the pitchers control the long ball, as the dimensions there are larger then the bandbox that The Down Arrow has become.

For the Cubs, the new division alignment paints a much rosier picture for them. They get to ditch the two teams who are seemingly always nipping at their heels (Brewers and Cards),  and the exciting new club (Reds). Those get replaced with a couple teams the Cubs should easily be able to punch down upon, namely the Giants (69 projected wins) (nice), Rockies and Dbacks. The ZiPS model that projected a whopping 72 wins for the Rockies obviously didn’t take into account them not getting to play on their orbital platform for at least half the season so that’s definitely high. The only team that could give the Cubs fits would be the A’s, where the change of scenery moving from their cavernous stadium to a spring training field could bump the shit out of their hitter’s numbers.

What the article doesn’t really go into are the nitty gritty details of the plan, other than to say that the universal DH would be implemented (good) and the entire season would be played in Arizona and Florida. The World Series would be played at one of the domed stadiums in Florida in early November. It also doesn’t say anything about how the league will handle positive tests for the virus, as it wouldn’t take much for the season to fall apart with one or two infections among teams. It also doesn’t mention how the league would handle it if sanctions were suddenly lifted, allowing teams to return to their home parks.

Also, I don’t think the plan takes into account the average Arizona summer temperature of 489 degrees Kelvin. The Dbacks can make it work down there because their stadium has a roof and air conditioning. Camelback Ranch has neither of those two things, which might help kill the virus but also could take a few players with it. While watching Trevor Bauer spontaneously combust on the mound would be fun, having Yoan Moncada pass out from heat stroke is slightly less so.

Florida presents it’s own set of problems, as there is a reason both their stadiums are also indoors. Thunderstorms pop up at the drop of a hat down there, which leads to an increased chance of rainouts in an already condensed season. There’s also the issue of August-October being hurricane season in FL, which makes baseball hard to play when half your stadium and equipment have been blown into the Gulf of Mexico. Plus you know at some point alligators are going to run off with at least one member of the Mets pitching staff. Also factoring in is that their state is being run by a moron. Being able to shit on other state’s governors is nice for a change. I can’t tell you how weird it is to have the governor of Illinois on the news for doing a good job as opposed to being sentenced for 39 counts of fraud. I digress.

All things being equal I think this idea has some merit to it, but as currently presented it’s a little too half baked to be workable. If Southern California were to become available along with the domed stadiums in Georgia and Texas I think you might have something to work with. I get that you want to keep travel to a minimum, but if you are having all these players in hotels for at least the first part of the season the risk for exposure isn’t going to be any more than a chartered airplane.

This is a good first effort for the MLB brain trust, however. I honestly feel that some form of an MLB season is within reach, and if this first attempt leads to better and better ideas down the road then more power to them. I think everyone wants to watch baseball in some form this season, and out of the Big 4 professional sports MLB has the best chance of making it work. Hockey, basketball and football are all too close contact right now to realistically have a chance at limiting the spread without some form of vaccine. There’s still a lot of hurdles to clear, but today was a step in the right direction.