Like We Did It All The Summer Long – Blackhawks 1, Kings 0 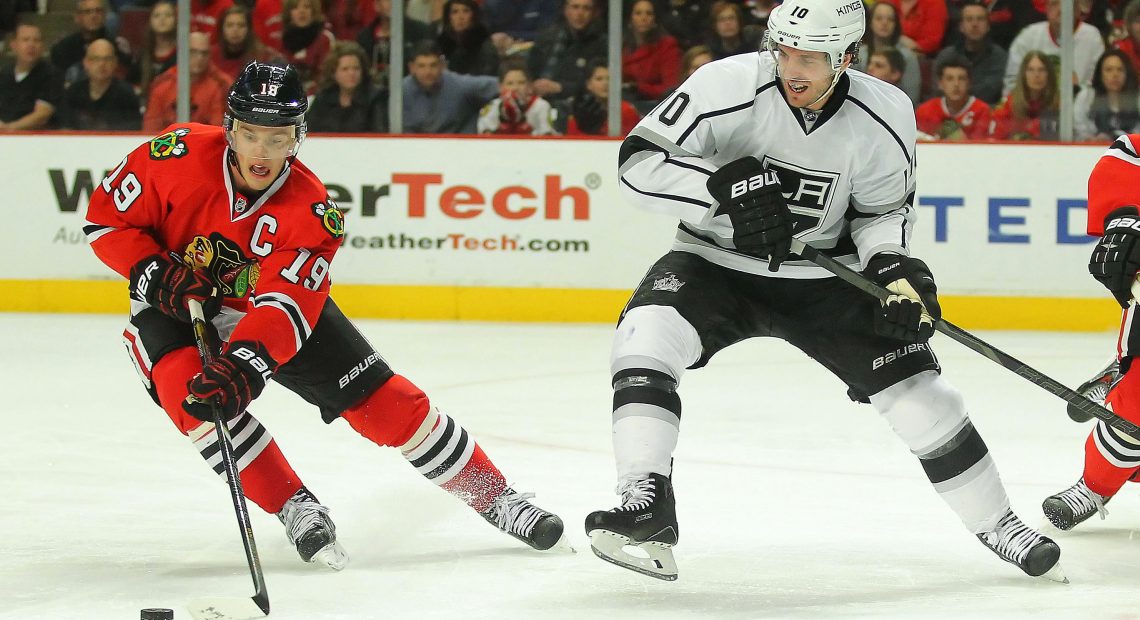 Coming out of the holiday break, the Hawks faced a 3 game stretch that had a few people slightly apprehensive of a slip up. These weren’t Eastern Conference pushovers that were overmatched from the get-go. Other than the last five minutes of the third period in St. Louis, I’m not sure the Hawks could have played much better.

Tonight, the Hawks showed how they have the unique ability to win playing any kind of style -this time it being the tight-checking, low scoring affair for which they rarely get credit for playing but can play it just as good as any team in the league. Anyways, on to random observations.

–Antti Raanta got his first shutout of his career and the Hawks got their first shutout of the season. I suppose I could say something like it doesn’t take much to shutout a team like the Kings who lack any kind of consistent scoring. But Raanta made a few saves in key situations including Dustin Brown’s penalty shot.

Speaking of that, on the play leading to Brown’s penalty shot, there were a couple key players in poor positions which rolled out the red carpet for Brown to stroll down the slot.

First, Michal Handzus was at the top of the 1-2-2 forecheck. His angle on the Kings defenseman was quite poor and therefore left a passing lane for him to find Brown. Had Handzus closed off the middle of the ice instead of the boards, the clean outlet pass to Brown is likely unavailable.

Secondly, Brent Seabrook was closer to the boards than center ice. Perhaps because he assumed Handzus was supposed to shut down the middle of the ice allowing Seabrook to cheat along the boards? With Seabrook lacking the make-up speed of say, a Duncan Keith, it gave Brown the extra step he needed to get in on Raanta. So when Handzus opened up the middle of the ice, Seabrook was nowhere to be found and Brown was in alone.

The Hawks were no worse for the wear but those were probably the two biggest reasons for Dustin Brown being able to split all 5 Hawks on the ice. This is a perfect example of what happens of how two players being on the wrong page can make things go wrong very quickly. It’s just amazing to me it doesn’t happen more often.

–I find it hard to believe that someone of Ed Olczyk’s ilk doesn’t realize that Hjalmarsson and Oduya are consistently drawing the top assignment, night after night. Yet, every night we’re reminded about how great Brent Seabrook and Duncan Keith are. Keith is having his best season as a pro. There’s not much doubt about that. But Seabrook is in the midst of his most inconsistent season as a pro since before Kane and Toews arrived. Somehow, there’s still a hard push for Seabrook to make Team Canada.

I won’t complain if he does make it because it will just mean for opportunities for Team USA to exploit his plodding ways but it’s starting to become a little awkward how the powers that be are bending over backwards to tell us how impressive Seabrook is and blatantly ignore anytime he’s out of position, makes a poor decision, etc.

–Assuming the Kings don’t make a big splash at the trade deadline, I still don’t believe they have the scoring to consistently to threaten for a Stanley Cup year after year. It took all the stars aligning for them to have Dwight King, Dustin Penner and Jonathan Nolan become viable secondary scorers for a three month stretch. The odds are not in their favor for that to happen again. That being said, they’re still going to be an extremely tough out come May and any team that plays this well defensively will be heard from before a new champion is crowned.

–In what universe does Brandon Bollig ever deserve more ice time than Kris Versteeg and Bryan Bickell? Here’s what really irks me about Bollig (and Handzus as well). Their mistakes and short comings are painfully obvious to even the most novice of hockey watchers. It doesn’t take much to realize when they’re out of position or not skilled enough to make a critical play along the wall. The Hawks have other players who are faster, quicker and smarter and yet these players are benched, shipped to Rockford, demoted on lines, etc for reasons that are generally unclear.

Not to say any of those said replacement players would make a tangible difference on arguably the best team in the league, but at least they would make the Hawks a much more difficult match-up for teams. As opposed to giving two guys that don’t exactly fit the Hawks’ style of play big responsibility and creating holes (and questions) within the lineup.

Somehow, I feel like this won’t be the last time this topic is broached.