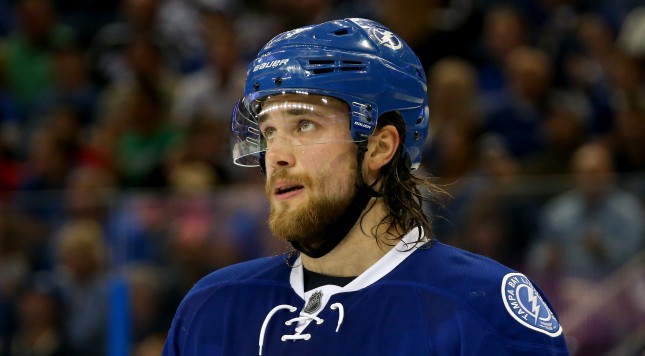 I’m not sure the Capitals are doing that much wrong, and finally watched Matt Murray not be amazing in the Penguins goal so they got a game at home. But they’re really pushed the play the last three games and have only won one of them. It only takes one more of those to end their season, but as we’ve seen locally that the longer a series goes the more it’s going to bend toward the team carrying play, and that’s the Capitals here. They just need to avoid something of a banana skin, which is not exactly their forte in the past.

The Penguins probably can’t hide their non-Letang d-men too much longer either. Maatta being out is a real problem. Brian Dumoulin showed what he was in Game 5. Trevor Daley remains a moron despite what his assists might say. Just count how many times he ends up on the wrong side of the net when the puck is cycled behind. You can only do that for so long against a team with as much firepower as the Caps. Still, they only need one more to move on.. where they can try and figure out what to do with Hedman.

This series should probably be over already. It feels like the only reason that Pavelski’s goal didn’t count on Game 4 was that it just didn’t “look” right or the league didn’t want to end a game on that. No matter, the Sharks just whacked them at home and now are one win away from returning to the conference final for the first time in five years. Maybe they’ll win more than one game this time. Pekka Rinne picked a bad time to turn back into Playoff Pekka, because he’s actually been really good in this series for the most part. On Saturday night it was the Preds’ second pairing of Ellis and Ekholm that got worked over hardcore. The top was able to at least hold Thornton and Pavelski even in possession if not score, but the Sharks are too deep to think that’s job done. If only the Preds had some young d-man who could pick up the pieces behind Weber and Josi and dominate second and third liners. But where would they find that guy?

The narrative on this is the Stars goaltending and the Blues newfound resilience, I guess, and that’s not entirely wrong. But once again in Game 5, at least for the first half of the third period Hitch once again had the Blues bunker into their own zone and if Elliot didn’t have just about his best stretch in the series the Stars would have tied it up again just like they did in Game 2. Finally Hitch figured out to move his trap past the red line, and it was much harder on the Stars to get into the offensive zone. Combined with their goaltending and no Seguin, it feels like it’s just about a bridge too far for the Stars, but if they can get it back to Texas tonight I’m not going to trust the Blues in a Game 7 on the road anymore than I did before this spring. Sorry.