We Like To Watch – May 10th: Go The Distance 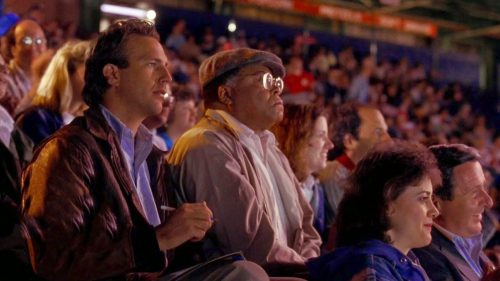 We’re getting two Game 7s, and the gut feels like we may get rewarded with a third after tonight, based on nothing but where I feel the tides are at the moment. Let’s run through it.

You should read Down Goes Brown’s column yesterday on Vice, because it’s something I’ve thought a lot about this past season. It does start to seem like we’re just watching for bounces and luck and hope that they all go our team’s way. Sure, there are things you can do to get yourself more chances of a puck hitting some skate and landing somewhere advantageous, like create more attempts and lessen the ones against you obviously. But in a year where so many were complaining that there were too many teams doing what they could to get more chances in the draft lottery, it feels more and more that the playoff teams are just doing what they can to get more chances in a different kind of lottery.

I couldn’t escape that feeling when watching this game last night. I’m not sure the dichotomy changed all that much. The Stars’ defense still had massive problems breaking out of their own zone. The Blues still got tons of chances. And yet for one night, the goalies reversed. I’m not even sure Brian Elliot was all that bad, he just wasn’t good. Kari Lehtonen certainly was, as most NHL goalies can at least be excellent for a game here or there. So is that the fault of either team? Did the Stars “solve” Elliot? Or were they just fortuitous in that he had an off-night timed to keep their season alive? Did the Blues not do enough to beat Lehtonen? Or were they just unlucky in that he had his best game of the playoffs, maybe season, maybe career, at the most opportune time? You can lose your mind with this stuff.

Anyway, it sets us up for a Game 7 tomorrow and I really hope that Hitch shoots himself in the face and starts Jake Allen. At this point in the playoffs this seems like such a dumb debate, and they’re having it in Pittsburgh too. Jay Gallon hasn’t played a full game in over a month now, and you can’t bring him in cold to a deciding game. That’s just plain unfair. Same with Fleury in Pittsburgh. Either way, you have a feeling the game will be decided on something you can’t really plan for. If the Blues can win a Game 7 on the road, then I will pronounce that something is truly different, and no, I don’t think squeaking by a horribly flawed Hawks team with a concussed goalie qualifies.

This one’s a little more explainable. People seem to forget, including me at times, that the Preds were one of the best even-strength teams in the league all season. They were just let down by their goalie. They were the best shot-suppression team. Rinne didn’t even play well last night, as when he gets off he ends up facing the wrong way or is on the wrong side of the net or throwing in a new wrinkle like last night where he simply falls down. Luckily, there’s that word again, for the Preds Martin Jones wasn’t too much better, and Brendon Dillon and Roman Polak are manning the third pairing for San Jose. For Colin Wilson’s equalizer those two couldn’t have looked more lost than if they wandered into a talent show at the asylum where Cuckoo’s Nest took place. It also didn’t hurt that Weber and Josi finally took it to Thornton’s line in a serious fashion.

I wouldn’t trust Rinne in another Game 7, and while the Sharks last one at home saw the full choke against the Kings two years ago, they also did win the one before that against Detroit with a lot of this roster. Jones has been really good at home as well, but of the two in the West I think I’m looking forward to this one more. Good thing they’re on separate nights, eh?

I suppose it does matter if Olli Maatta plays in this one or not, as he’s rumored to have a chance. The Caps have been exposing the Pens defense behind Letang more and more the past two or three games, and last game Matt Murray couldn’t bail them out. As the sample size grows you have to feel this will make a difference more and more, and eventually Holtby is going to just not let the Penguins score for one game. Strange things can happen, but the Caps are just the deeper and more solid team here and unless Sid or Geno or Letang go goofy tonight, I think this one is heading back to DC as well. But it only takes one high-sticking penalty or one deflection to change all that.