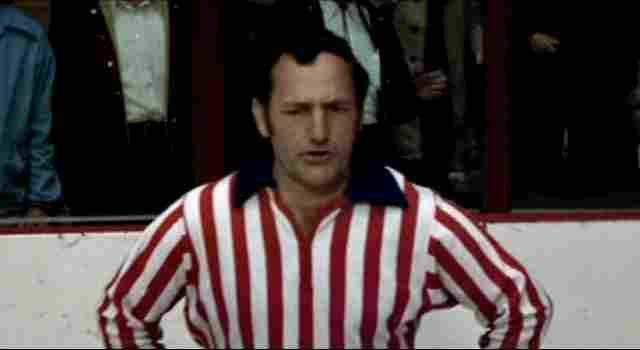 Let’s do it again:

While there are some crusty old guys who love the fact that officials become a personification of a urine puddle late in playoff games and overtime, I’ve always thought it was dumb and contradictory to the sport. As I’ve said many times, “Letting the players decide” is a phrase that makes no sense. When one commits a penalty to stop another, the players have decided. They’ve decided that one got beat so badly or made a mistake that the other should be rewarded with a power play for his team. While the refs may say they don’t want to decide games, they are deciding them with inaction. They’re just coming out way worse on the other side.

Brian Boyle’s hit on Thomas Hickey was late and it was to the head. The ref was about as close to it as I am to my coffee table right now which I have my feet up on at the moment (thug life). And he couldn’t locate his spine to make the right call. The Bolts get a 2-on-1 because one of the Isles’ defenders who would be defending was trying to pop his nose back out of his brain. Boyle scores from the exact spot Hickey would have prevented him from getting to. Sure, you could argue it’s karma from what the Isles got away with in Game 6 against the Panthers. But I doubt that went through anyone’s head at the time.

Anyway, this game was awesome and it sucks it was decided on this. The Isles seem to be discovering that you need more than a top line and a good 4th line to win.

This one was a little more even than it looks, except Pekka Rinne had a good game and Martin Jones most certainly did not, probably his first clunker in the playoffs. When not allowing power play goals the Preds remain one of the league’s best even-strength teams and at the very worst very good at shot-suppression. They did that last night. Nashville’s top line was able to turn over Vlasic and Braun, which isn’t easy. Craig Smith clearly makes a difference for this team, if nothing else he clears room for Johansen and Forsberg. Still a long way to go for the Preds, and I still wouldn’t trust Rinne for a whole series but stranger things have happened.

So the Stars goaltending is going to be the story, not that it shouldn’t be, but this was one where Lindy Ruff just fell asleep. The Stars took the 2014 Hawks plan of having all three forwards standing at the other blue line when their d-men were deep in their own zone trying to break out, and the Blues ate them alive. I lost count in the 1st how many times a Stars d-man would come out from behind his net or corner with the puck, be staring at two Blues forecheckers and his only passing options were his partner across the ice or forwards a good 120 feet away. And all five Blues were between that d-man and those forwards. Pretty much every Blues goal sprang from a turnover in this spot or a penalty drawn in same.

It felt like Ruff was expecting a full-out trap from the Blues, and then when they fell behind thought, “Oh well I can’t pull back now.” Just keep careening into that switchback there, Lindy. Your goalies are sure going to bail you out.

Two things to be done here. One, the Stars are going to have to pull their center at least back to be a release valve on breakouts, which the Hawks have mastered against heavy forechecking teams. Then they can make those stretch passes they love. Second, they need to stick Lehtonen in net and be done with it. He hasn’t been great or anything but he hasn’t been the disaster that Niemi has basically been for two full seasons now and the playoffs before that. It’s a mess, but not having either face a constant barrage of 2-on-1’s from their own blue line might be a help. Just a thought.

Well now both teams are missing a d-man, so that’s fair. Except the Pens’ suspended blue-liner is far more valuable. Without Letang I don’t know how the Penguins can play at a speed that the Capitals couldn’t handle, and even in losing Game 3 the Caps were pretty much all over Pittsburgh all game and only Matt Murray’s rodeo clown on acid act kept them from taking it. This series is as even as it can be, as Game 1 was a nail-biter, the Pens dominated Game 2 and then stole Game 3. So each team has had its game. It really only should get better from here.