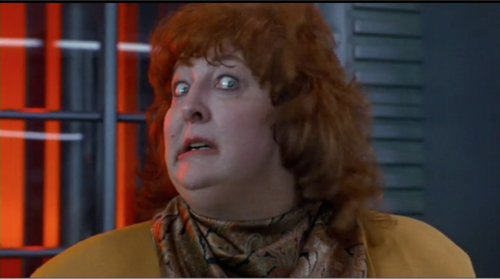 Last night was about as close as I’ve come to putting a hole in the wall in my apartment. Of course, like most of you I’ve been angry during this entire “negotiation” that’s really been a dick-measuring contest from the word go. And as well all know, a dick-measuring contest between old, white men not named “Milton” is just about the dumbest thing on Earth.

But the refusal to even meet, when this supposed deadline is…y’know, tomorrow cause some serious physical reaction. The NHL rejected the PA’s request to get together because the PA wouldn’t negotiate off of an offer they’ve already rejected. That’s just rich. If you’re negotiating off of an offer, that probably means it’s not entirely to your liking and you’d like things changed. It’s silly from the players’ side — though not nearly as much as the owners’ — who could have just said that they were going to go from that point, walked in the room and tried to talk to the things they want. Of course, the owners would probably walk out and call everyone liars to get you to feel sorry for them, and I would have set myself on fire.

Anyway, now that the rage as subsided ever so slightly, I can try and make whatever little sense of it there is.  This deadline of tomorrow? I don’t think anyone has ever bought that. Now that’s either because everyone has given up on an 82-game season or everyone knows that  you can still get one in that starts around the 10th or 11th of November. Because you could. If you extended the regular season through April as the NBA did last year, then essentially you’d only have to make up two weeks worth of games sprinkled throughout the year. The plan for the Nov. 2nd start saw the season extend that far anyway, so it’s not like this idea comes from  Mars. You’re talking about four or five games dropped in sporadically over a five month span. Completely doable without overly taxing anyone.

The need for 82 is pretty obvious, because though I think tickets and revenues will be slightly affected after all this nonsense anyway, both sides’ revenues are going to be seriously altered with less games. They’re struggling with the math now. Imagine what a mess that would be.

So where is this mythical deadline to save all 82? I’ll say the end of next week. That’s the real pressure point, and if both sides break through that with this much stupidity and no negotiation going on, you can write this off until sometime around Christmas or New Years. Because that would be the point that talks to save any season at all would have to conclude.

I don’t really think either side is going to differentiate between whatever length of a shortened season would have to be implemented. It’s either 82 or some bastardization. I don’t think either side would look at a 70-game season any differently than a 50. We might, but I doubt they would. Once you’re cutting off limbs, why stop?

Does the rejection of a meeting mean they’re both just sitting in their respective offices throwing cards into a hat? No. Back channels are always being worked, and don’t be shocked if you hear something about a meeting that didn’t involve any of the Fehrs or Daly and Bettman. Usually the meeting that results in a breakthrough you won’t have heard about in the least beforehand.

Should you be optimistic? No, probably not. However, at least in the next 10 days you’ll have a much better idea of when this will be solved. Because if nothing after next week, you can do whatever you like with the next six.