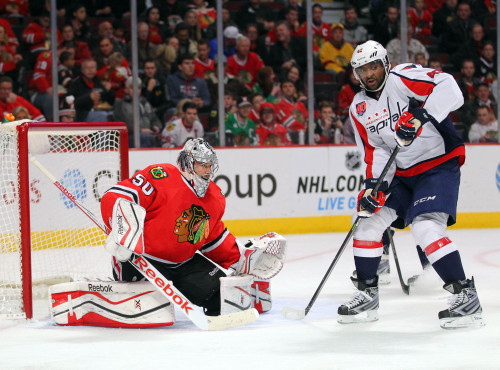 If we took out a certain few minute span at the end of the second period, this would have been a pretty terrific game. Sadly, that apparently is not an option in the NHL. It’s too bad really. That whole giving up 3 goals in a short time span thing, particularly the 2 right at the end of the period probably earned the team a good screaming at from Quenneville and deservedly so. On the bright side, the Blackhawks did score an even strength goal on home ice so we can put that talking point to rest for a while.