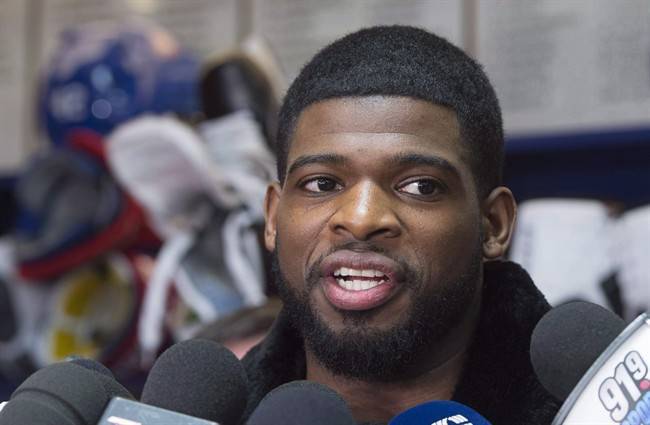 Dallas: Again, another team that doesn’t look to have moved forward from last year’s division championship, though it’s debatable how much farther you can go. They still have two goalies making up no goalie. Goligoski and Demers headed for the exits, Dan Hamhuis was brought in but it’s not clear if there’s any gas in the tank for him. He likely pairs with Klingberg but isn’t really the free safety you’d think Klingberg requires, though maybe at this point in his career he can do that. Stephen Johns looks to be going full-time with Oduya, who has Odometer questions of his own (get it?). They haven’t added much at forward, though one wonders if they really needed to, while dodging rumors that the monster-we’re-still-waiting-for Valeri Nichushkin doesn’t beat it back to the Motherland.

Nashville: Um… this is a problem.

While David Poile certainly has had his issues, he’s smart enough to take advantage of a GM who had his brain drip out of his ear. He ridded himself of the already declining Shea Weber for one of the five best d-men in the league in Subban. While Subban, Josi, Ellis, Ekholm are all kind of the same, go-go puck-movers, the Preds might play at as fast of a pace as we’ve ever seen next season (until they knife Laviolette who’s coming up at the end of his usual half-life with one team). I’m still not totally sold on their forwards and on Ryan Johanssen as a true #1 (still waiting for Thornton to hand him his balls back after the second round). Kevin Fiala may help later in the year. There’s probably still too much riding on Ol’ Shit Hip who was better in the 2nd half but isn’t going to carry a team anymore. Still, if Lavvy can keep people listening to him, and sort out how to line up the defense, this is clearly the one team that’s going to be better than they were last year.

Minnesota: Everyone says they got a massive upgrade behind the bench. Ok, it may be an upgrade but we’re of the opinion that Mike Yeo was a really good coach who squeezed everything possible out of this borked roster. Well, the roster is still kind of borked. Thomas Vanek isn’t here to wasted everyone’s time again, which is nice. There’s still no #1 center here. Staal came in at a nice price and if used simply on a wing will be more than worth it. The miles are still piling up for Ryan Suter though, Jonas Brodin has seemingly stalled, and Scandella, Dumba, and Spurgeon are nice pieces but nothing more. Feels like they’re still going to float around the wild card picture again.

Colorado: See above. Multiply by two if they actually trade Tyson Barrie.

L.A.: They lost Lucic, which is fine. They pissed off Dustin Brown by stripping him of the “C” because he can’t play anymore, which is fine. I think Tom Gilbert could actually be something of a sneaky signing for them, pushing the play on the third pairing. The forwards still look pretty short after Kopitar and Carter’s line, and when you’re still depending on Gaborik to both stay healthy and care, you’re asking for trouble.

Anaheim: They haven’t really signed anyone…

San Jose: Y’know, a year ago I would have thought Mikkel Boedker was a good signing. But after studying him at the deadline he really doesn’t do much for you, but he’s also not going to break the Sharks’ bank in a way that will cripple them and also can probably help as just a third line player. Replacing Polak with Schlemko is a huge upgrade for the defense. Their major problem in the Final was having only four d-men who didn’t drown against the Penguins. If Mirco Mueller ever lives up to his promise they could go 1-6 this season. They’ll still need some kids like Donskoi, Goldobin, Hertl, and Karlsson to take some steps forward because Marleau, Thornton, Pavelski have just played more hockey than they ever have and will take some time to recover. But like the Hawks, no one is grabbing this division by the throat so they’ve got a chance if they just stood still.

Arizona and Calgary: I’m going to throw them together, A) because they’re both on the upswing but probably at least a year away from serious threat status and B) the other two inhabitants of the Pacific are so helpless they’re not really worth worrying about. The Flames tossed some dumb money at Troy Brouwer, but got Brian Elliot for a song. There’s still a collection of young forwards who can tantalize here, and they’re no longer coached by a moron, just a possible moron now in Glen Gulutzan. The Yotes are the new analytic darlings, and the blue line gets an upgrade with Goligoski who they can probably properly slot on a second pairing. Somehow Ekman-Larsson is still only 24. Connor Murphy promises much at 23. The forwards still don’t have a top liner among them, at least until Domi and Duclair assume that role and earn it instead of by default as they have now. There are more kids waiting in the wings. The goalies still don’t convince but given the state of the rest of the division, they could sneak a spot.