Jokiharju, Saad, And Figuring Out The Puzzle 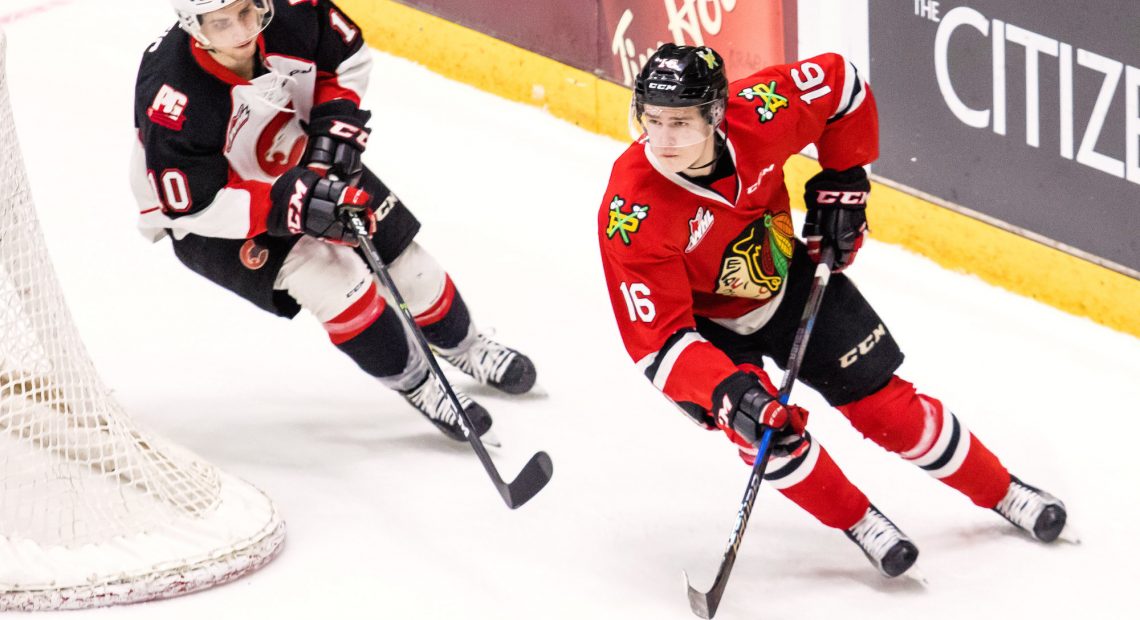 It feels like Stan Bowman is going to have another “June 23rd” in the coming week. That was the day last year when he went more aggressive than we’d seen before, some might say he went “a little funny in the head,” and shipped out Artemi Panarin and Niklas Hjalmarsson (hilariously not telling his coach) for Brandon Saad and Connor Murphy. We’ve already been down the road on whether these were good trades or not, so we don’t have to do that again right now.

What’s clear is that Stan knows the temperature under his office chair is getting turned up, and Rocky Wirtz going “Kiss Of Death” after his flavorless Manhattan of a season in Crain’s made that abundantly clear, as well as John McDonough stomping around the Hawks offices like Dracula and Miranda Priestly’s lovechild.

So earlier in the week we talked about Justin Faulk, as that’s been the big rumor. Yesterday, the Sun-Times’s Mark Lazerus (closer than you know…love each other so…Mark Lazerus) put forth a rumor that Faulk might cost the Hawks one Brandon Saad. When reading that for all of us here, we cringe a bit, mostly because we love Saad and mostly because we feel that trading him after this season would A) be selling low and B) evidence that the Hawks don’t really have any sort of plan.

And yet, when you begin to think about it, this might make more sense. While Faulk didn’t have his best year last year, that kind of return for Saad certainly wouldn’t be selling low, per se. As previously stated, the Hawks don’t have a lot of pieces. While we dream about centering a deal around Artem Anisimov, fooling some GM with his goal totals and size for the far too many GMs who are still concerned about that sort of thing, it’s unlikely. The Hawks simply can’t lose Schmaltz, because they don’t have much depth down the middle. DeBrincat is almost certainly untouchable, given that he could very well be a 35-goal scorer if deployed properly. To give you some idea how valuable that is, there were only seven 35-goal scorers in the league this year. Dylan Sikura wouldn’t have much value, one would think. Below the main roster, it’s hard to see what else the Hawks can throw at a team. There’s no surefire prospect, though we’ll get to Jokiharju in a second.

Still, the loss of Saad makes the Hawks look awfully short at forward. You have….this?

No offense, but I’m not going to make plans for that team in May. I guess this is the balance. Toss in David Kampf and an almost certainly returning Tommy Wingels (it’s a name, not a condition) and you’re still not inspired to write poetry about it. If the Hawks had another kid you were confident could step in to a top six role, you’d be more comfortable losing Saad, but he doesn’t exist yet.

You could argue the Hawks should just load the top line and let the rest fall where it may and have Top Cat, Toews, and Kane up there and just pray they jump into hyperspace, and maybe that’s the plan. I guess I can live with a second line of Sikura-Schmaltz-Hinostroza… I just won’t live comfortably. Or happily. Or healthily.

Which brings us around to Henri Jokiharju, who signed his entry-level deal yesterday. Now, normally, I would bet pretty good money the Hawks bring him to camp, throw him out in a couple preseason games, and then punt him back to Portland for his last year in the WHL. But this is not a normal time, and both Q and Stan might have to get outside their comfort zone here.

Yes, Jokiharju is only 19. But his numbers compare favorably with Mikhail Sergachev, who played a role on the best regular season team in the league. And Jokiharju did it in the WHL, which is a much tougher scoring environment than the OHL where Sergachev was. He also squares with Ivan Provorov, who has been the Flyers best d-man the past two years (and don’t give me any Ghost Bear bullshit).

Basically, what I’m saying is the Hawks are desperate, and it may come to toss Jokiharju in the deep end and leave with it. That doesn’t mean pairing him with Keith, but a heavily sheltered role with Murphy on his off-side or Dahlstrom or something I haven’t thought of and see where you are after 40 games. If he plays his way up the lineup, even better. But even at his tender age, he almost certainly can give you something in the same usage that Sergachev provided, assuming that Quenneville wouldn’t turn psychedelic purple at the thought of using a d-man who isn’t 20 yet. He did it before with Leddy…though we all know how that went at first.

While Stan might say something about “development,” he isn’t going to be here for the end of Jokiharju’s apprenticeship at lower levels if the Hawks don’t turn it around.

It would take quite the set of tires to pin that much on Jokiharju before he’s ever played professionally, but if the Hawks sold out on him in their minds they might consider cheaper additions on the blue line, like de Haan or Hickey from the Islanders or whatever they could fashion out of Anisimov (which is clearly Nurse from Edmonton because Peter Chiarelli would totally do that) and keep Saad around.

It’s not going to be boring.