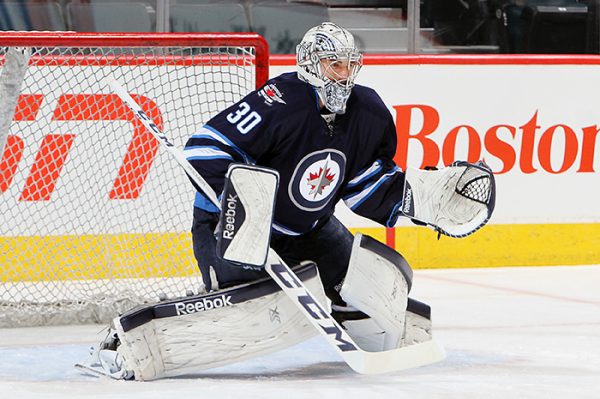 Let’s start with Connor Hellebuyck, who was supposed to fix the Jets’ biggest problem for years. It hasn’t worked out that way. What’s been the problem? Still hopeful or is this worrying? Are most of the problems on the kill?

Hellebuyck has indeed been better than Pavelec’s overall average. A career 914 save percentage is still better than a 907, and that’s significant. All things being equal, that is an improvement that will lead to wins.

The issue is that all things have not been equal. Team struggles on special teams, penalty differential, and have been their worst shot metric team (both Corsi and expected goals) since the move to Winnipeg.

It’s still early to tell what Hellebuyck will be, you need about 3000 shots (ish) for that. I have confidence he’s an answer to getting something better than Pavelec. The real question: how much better?

How has Jacob Trouba been since he signed? It’s clearly an awkward situation, has he been accepted back into the team?

I like him, a lot. Even before he was a member of the Jets organization. It was likely not as awkward as fans think of it. Most players understand that the NHL is a business first.

Marko Dano was getting time with Laine and Scheifele earlier. It didn’t work for him here, will it for him there?

I don’t know if it “didn’t work” per say. Jets have a lot of depth on the wings, much more experienced and established than Dano. He has been performing well given his minutes. Since the trade, Dano has a +3 relCorsi and a 1.61 5v5 points per hour pace. Those are quite respectable numbers for a middle-six winger.

Nic Petan is a player we’re intrigued by. His underlying numbers are nearly off the charts and he’s only 21. He comes with some pedigree. Where’s the ceiling on this kid?

Very high. His size makes him a high risk-reward player in terms of development, but he has an extremely high hockey IQ, vision, and puck skills making his offensive potential huge. His defensive game though could use some work, so he tends to perform his best when saddled with other offensively skilled players.

I really want the Jets to re-design their bottom-six when (if) the team gets healthy, constructing a sheltered scoring third line with Petan as the centre.

The Jets have two dynamic scoring lines. The blue line is far from bereft. If Hellebuyck can become what was thought, can the Jets still make a run for a wild card spot?

I think they could make the wild card, but they will be hard press. There are some concerns with the team’s overall shot and expected goal differentials, and the team doesn’t have many points banked up at this point.