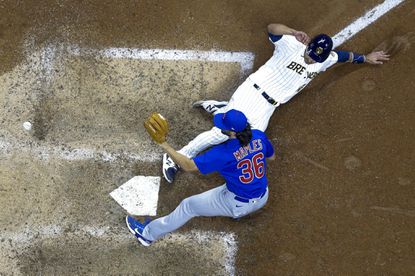 As a Cubs fan, you hate the Brewers, and always will. Which means this series sucked, because you singlehandedly gave the Brewers and a stadium filled with tens of thousands of fans a guaranteed playoff spot (likely soon to turn into division title) while your team is destined to be mired in mediocrity for the rest of eternity. Here’s a wrap.

I had déjà vu during the 4th inning of this Cubs game, when the Cubs went up 4-0 and I remembered the absolute shellacking that was handed to them in the previous game in which they blew a 7-0 lead. I knew the Cubs couldn’t hold onto that lead, and the Brewers proved me right in the bottom of that same inning. They scored three runs on no outs thanks to some rough pitching from everyone’s favorite, Zach Davies.

The Cubs would cling onto the one-, sometimes two-run lead until the bottom of the 8th inning when the Brewers took advantage of Rowan Wick, who gave up three singles and two walks in the inning to give the Brewers a 7-5 lead, all on two outs. He was yanked for Dillon Maples, who immediately threw a wild pitch that made it 8-5 Brewers, and then walked two more Brewers before throwing the final out of the inning. The damage had been done, however, as the Cubs couldn’t any runs back in the 9th and ended up losing this game.

Willson Contreras getting robbed of extra-base hits in the 2nd inning by a highlight-reel catch set the vibe of this entire game for the Cubs. (Patrick Wisdom had a highlight-reel catch of his own later on in the inning, though, that deserves a shoutout). Justin Steele gave up a home run in the bottom of the 2nd to give the Brewers the lead. Though the Cubs came back with a run of their own in the 3rd after three singles, the Brewers hit another dinger in what started out as a surprisingly exciting back-and-forth game.

Though the Cubs were able to score two runs in the top of the 5th off Corbin Burnes thanks to an Ian Happ home run, the Brewers are a playoff team for a reason and wouldn’t give up easily. Additionally, Adbert Alzolay gave up many a hit in his outing today — four in three innings, including one that tied the game in the 5th and a solo dinger to give the Brewers the lead back. It was Contreras, however, who tied the game singlehandedly with a solo homer of his own that deserves a mention here.

The lead didn’t last even half an inning in what was a pretty awful outing by Scott F-Ross. He allowed Manny Pina’s second home run of the night to put the Brewers up late on a tough pitch. Though F-Ross’s pitches can be nasty on occasion, just a slight misplacement of the ball can be trouble for the Cubs.

Two more hits off of F-Ross after that and the game turned to a whole new level of sickening. Contreras was struck out with a legal strike and had a meltdown to the umpire, getting himself ejected from the game — not that that even mattered, as the Brewers just pulled out Josh Hader for the save who had two strikeouts to win the game, and playoff spot, for the Brewers. Just kill me now.

Not that anybody cares, but we somehow ended up in the final meeting of the season against these chumps, where nearly half of the baseball game was played with no score for other team. It was Trayce Thompson, today’s right fielder for the Cubs, who started off the scoring with a solo dinger in the 5th against Eric Lauer. However, the Brewers tied it up, once again only a half-inning later, with a walk and a couple of hits off of starter Adrian Sampson, one of which was just a few feet short of being a homer.

Strikeout Wonder Patrick Wisdom, who had four strikeouts in the previous game, struck out four times today and had nine strikeouts in the series, is obscene to me. (Previous Strikeout Wonder Javy Baez struck out only four times in his team’s weekend series against the Mets, for perspective.) However, Wisdom hit a three-run homer in the 8th inning that came after two walks and two hits for the Cubs to make a W seem possible. Suddenly, we were up 6-2 with only an inning and a half to go, and Wisdom was standing alone with the Cubs’ rookie home run record. Congrats to him, despite this win being a part of a much larger farce.

David Ross decided to gift Rowan Wick with a 9th-inning closer opportunity despite the fact that he was dogshit in the first game of this series. And surprise, surprise, Wick’s 9th inning today went about as predictably as you’d expect, putting the Cubs in genuine danger of throwing a four-run lead away late after he walked three and allowed two singles, loading the bases for the Brewers. Michael Rucker was tasked with getting one (1) out, and he got it thanks to a pop fly to center field that won us the game, thank God.

By the way, Nico Hoerner finally returned from his injury today, but if you didn’t notice him I wouldn’t find you at fault, since he went 0 for 4 tonight offensively and was the only non-pitcher for the Cubs today who didn’t even make it on base. So uh, figure that out, I guess.

Everyone gets an off-day tomorrow, and then the Cubs play the final series of the year against the Minnesota Twins, which is about as awful a series as I can think of. Just a few more weeks of this dreck, and hockey is just around the corner. We’ll muddle through together. Go Cubs go. 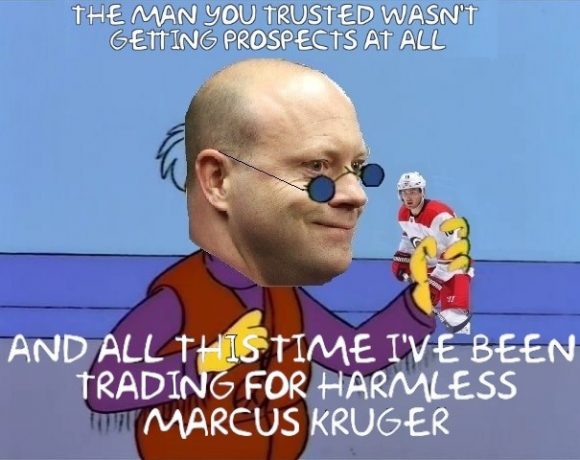 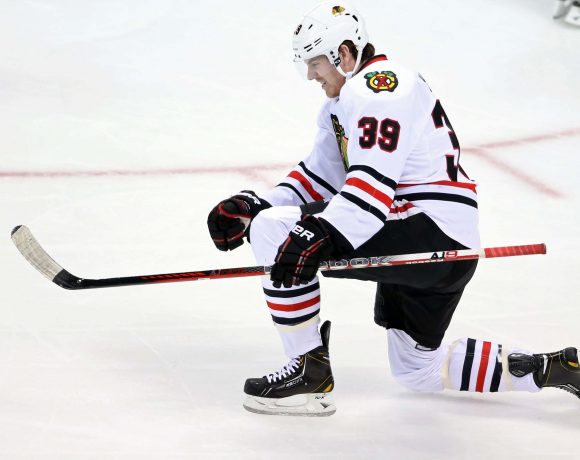 Sharp and Hossa Ready? Also, Come Drink At Sheffield's With Us 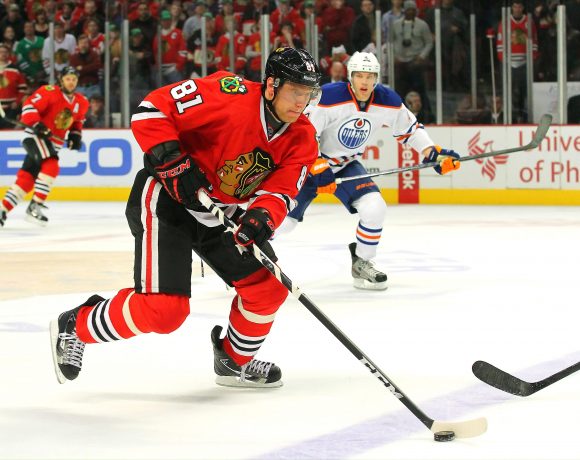