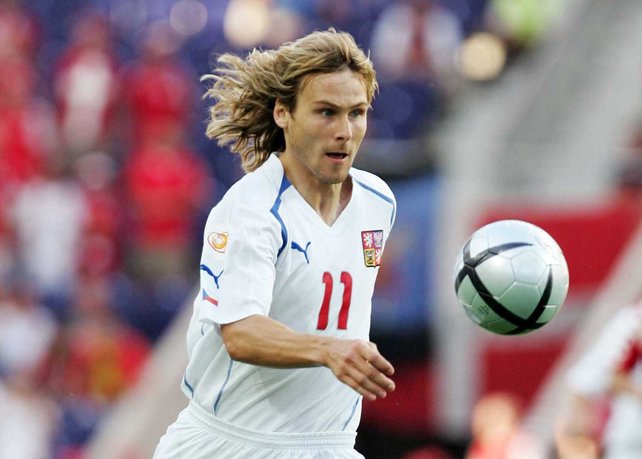 But I owe you more than that, so let’s go from back to front. The Czech goalies are Petr Mrazek, who once nearly got the Czechs a gold in the World Juniors by himself. He started last year on fire, displacing the forever kinda-just-there Jimmy Howard, but faded badly toward the end of the season as the Wings limped into the playoffs once again before meekly limping out. But hey, streak alive! Mrazek is still only 24 and might still have a big future ahead of him (even playing behind the pretty much garbage blue line that’s headed to the Pizza!Pizza! Center soon). But that future isn’t now, and he’s not going to be able to pull an Atlas act in this tourney.

Behind him in Michal Neuvirth, who excelled as a backup this year before once again getting found out as a starter. And there’s Ondrej Pavelec, who pretty much single-handedly has held the Jets back for two or three seasons. But don’t tell Jets fans that. It’s worse than telling kids there’s no Santa, but then again people in The Peg don’t have much more than your average child.

On defense the one compelling thing for Hawks fans to watch will be Michal Kempny. A lot could be riding on Kempny this season. If he can play, suddenly the Hawks have a really deep defense with three puck-movers and only one spot they can divide between all their tomato cans. Doing it against NHL talent for this tournament would be a nice start. Then again, Alex Zhamnov looked amazing in the ’96 World Cup and I got all excited and thought things were going to be ok and we went into the dark ages for over a decade. Aside from Kempny really the only player that’s a plus is Jakub Nakladal. Unless Andrej Sustr and Michal Jordan get something done for you, in which case I admire how easy you get your jollies.

Up front? Hoo boy. There’s a lot of players here that you would be happy to be manning your third line on your fave NHL team, even second. The #1 center here is either Martin Hanzal (Hanzal? Hanzal?) or Tomas Plekanec. But both are really more two-way, defensive specialists who can get you some points, and both their NHL teams would be better off realizing that. “Plekanec” is tons of fun to say in a faux French-Canadian accent though. Ondrej Palat is clearly the best winger they have, being basically Baby Hossa. There is a little more dash in the form of Hemsky, Jaksin, Faksa, Frolik, and Voracek. But other than maybe Voracek, none of that is what you’d call first-line production. At least not at this level, and probably not NHL level either.

Reasons For Optimism: Mrazek can channel his 2012 World Junior performance, Palat and one other winger go nuclear, and they can probably scratch out a win vs. Europe and throw a scare into the US and sneak out of the group.

Reasons For Not Optimism: You saw that bit about Polak, right?

Predicted Finish: Home before the postcards.