I Understand It, But I Don’t Want It 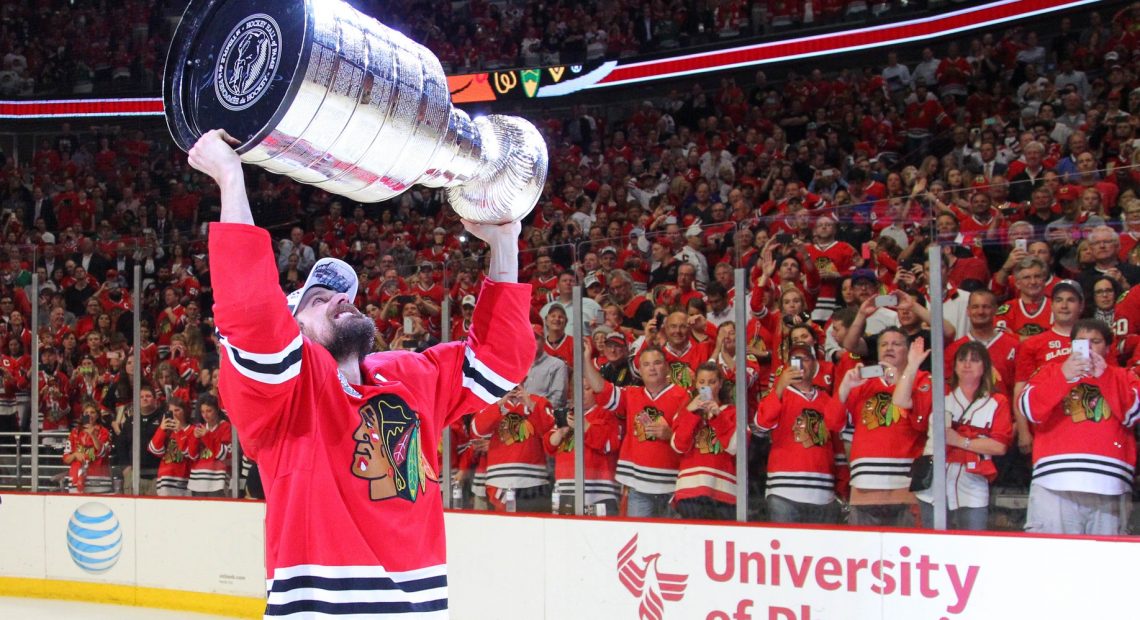 It’s been two full days since Patrick Sharp was traded to Dallas. The wait between the actual trade and this necessary reflective piece was not only as a result of the news coming in the middle of the evening on Friday, but also as a result of needing a couple days to let the reality sink in and to try to process what exactly even my own personal feelings are on this subject. And truthfully I don’t even know if I’ve fully sorted through them yet.

In the interest of full disclosure, it’s necessary for me to state that Patrick Sharp has been my favorite player for a very long time. I only own one jersey, and it’s a 10 in red with an “A” that I’ve had since Christmas of 2007. I knew I was wearing it for the last time walking into the building for Game 3 against Tampa, but that didn’t mean I had fully come to terms with what reality has ended up being. When overtime picks start flying either on the concourse or via text message between Sam, Killion, and the Feather, I have literally only ever picked Patrick Sharp. In my second column ever for the Indian, I basically wrote an open love letter.

And that’s probably the main aspect of what makes this difficult. It’s not that Sharp has won multiple Stanley Cups with the organization and is getting jettisoned. That’s sadly commonplace for the Hawks at this point. And it’s not even that he’s been around for all three. It’s that he was here the longest along with Keith and Seabrook, and here when things were not only bad, but desolate.

I won’t pretend to have been able to predict this level of success for either the team or Sharp personally, but when he was traded to the Hawks in December of 2005, it did at least feel like they were getting a legitimately competent player who could contribute meaningfully. During the Great Lockout of Aught Four I went to a number of Wolves games out of desperation, and was present for Game 2 of the Calder Cup Final against the Philadelphia Phantoms which saw the Phantoms win 2-1 in double overtime, with both goals scored by Sharp. It obviously left an impression. That trade finally felt different, and for the longest time was the gold standard in the league for world-class fleecing.

It’s perhaps a reflection of my own sense of aging to talk about a trade from now 10 years ago and then to rationalize it happening by saying “Well, he is getting older he’s expensive and it’s time to inject some new talent into the lineup”, when in reality the man is barely four months older than I am. And it’s staggering to think just how far this team and this franchise has come since that seemingly modest win of a trade. It’s almost overwhelming.

To put Sharp’s tenure into perspective, only three players in the history of his Original Six franchise have played more games than Sharp for the Hawks and been traded away: Denis Savard, Steve Larmer, and Bobby Hull (who wasn’t really traded, but basically wasn’t welcome to come back). This includes all of the late 90s departures, and all their commensurate heartbreak. Roenick. Belfour. Chelios. Amonte. None of them played as many games for the Hawks, regular season and playoffs, as Patrick Sharp. And none of them save Hull have a single ring to show for their time here. Sharp has three, and was a lettered captain for all of them. And his teammates knew it, allowing him to carry the cup during the parade, knowing full well what was ahead in the summer.

Once time passes and the dust settles and people move on, Sharp is likely to find himself in a similar situation as Steve Larmer. Overshadowed by larger names and bigger talents on his own roster, and his number is likely never to be retired even if it will probably be a while before anyone wears 10 in red again. Except Larmer had to be traded away to win his Cup with the Rangers, whereas Sharp’s name is etched in silver three times over with this franchise.

And this past year, with all of its rumor and innuendo coinciding with a snakebitten performance from Sharp should take nothing away from his accomplishments here even aside from the Cup wins, even if absolutely every letter of it is true (some of it probably is). All the shorthanded goals of 2007. The breakout 36 goal season with Kane in ’08. The overtime winner against Detroit. Railroading Zdeno Chara. The shorthanded goal that basically saved the Hawks’ Cup run in Game 2 against Vancouver. The 4 on 4 goal late in the second against Philadelphia in Game 6 to tie it, complete with the “Jesus Christ Pose” celebration, which this blog still maintains should have sealed a Conn Smythe. Celebrating so hard in Game 4 in Boston he knocked himself over. The birthday hatrick and backcheck. Escorting the Cup in the third parade. That there are so many to choose from is a result not only of being here a decade, but also being a really goddamn good hockey player.

The Stars do not visit the United Center in the regular season until February 11th, and there will no doubt be a moment for Sharp designated by the UC production staff. And there should be no doubt regarding the volume of the ovation he should receive. It’s more than deserved.