I Can Show You What It’s Like: Lightning 3, Blackhawks 2 (Lightning lead series 2-1) 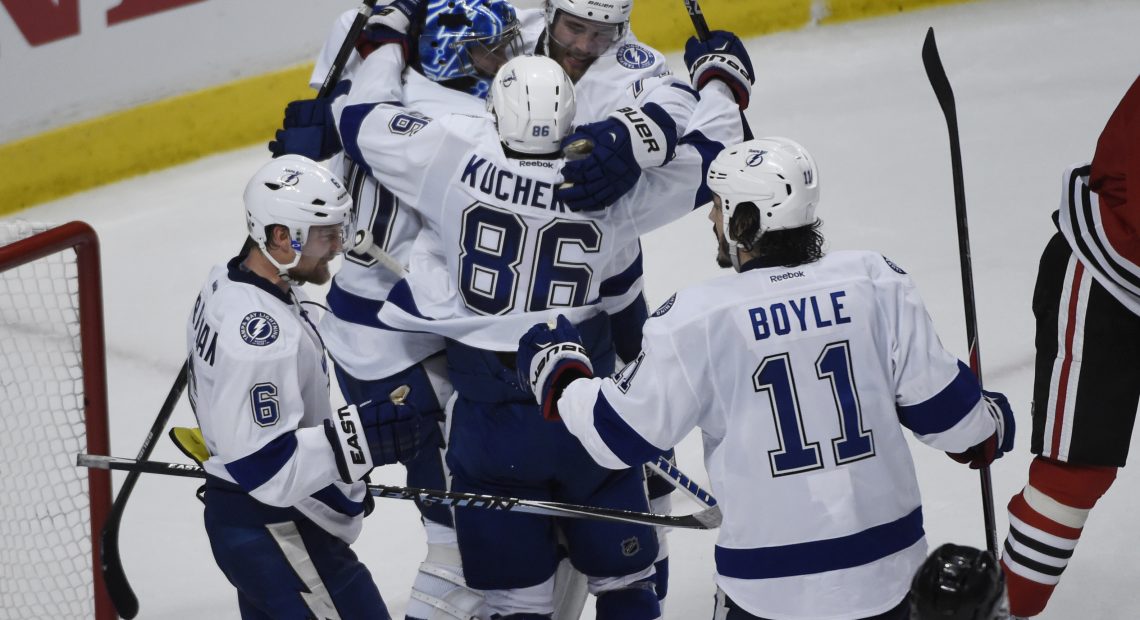 The Blackhawks dropped Game 3 to a goalie that looked more like Jean Claude Van Damme in net than an NHL goalie. The Hawks missed two completely wide open cages in the first period. Ben Bishop could barely move side to side without dropping to one knee and yet the Hawks couldn’t scratch more than two pucks past him even though they threw 38 shots on net and an ungodly amount that went wide or were blocked.

Meanwhile, the Hawks killed off a 5-on-3, Corey Crawford stopped two breakaways and they let up for 35 seconds to find two pucks behind them.

Hockey is the absolute worst.

–Can someone please let Ryan Callahan know this is an international tournament so he can pull off his usual disappearing act? Or maybe it’s time for Quenneville to chase a different matchup because this Callahan thing is getting to be ridiculous. And any time the Hawks want to keep Cedric Paquette from running his yap will be fine by me.

–Did you know Kyle Cumiskey has played less than 13 minutes in the last two games and yet has found himself on the ice and centrally involved in two back-breaking goals against? If his name was Kimmo Timonen, we’d all have a jolly old time dragging that dead horse across the dregs of the Internet to prove how funny we are. Find another answer here.

–Marian Hossa cannot miss that empty net. It doesn’t matter if he’s laying flat on his stomach while all of Brian Boyle’s family sit on his back. That puck has to go in the empty net. In fact, I’m having a hard time recalling if there’s ever been a guy as skilled as Hossa that misses more easy opportunities to score.

–Ok, now that we’ve got all that frustration out, let’s see if we can’t clean up this mess slightly.

–The Toews line was “Drogon in the Mereen pits” good tonight (so topical!). It started in the first period after the Callahan goal and they really didn’t let up the rest of the way. To put it in layman’s terms, it looked like they had 6 guys on the ice every time they were out there and Tampa had 3 guys on the ice. That they only scored one goal has to mean the course correction will be coming swiftly and justly. One can only hope.

–The Richards line was just ok. And by ok, I mean Richards and Kane were good but there was also a 6’3″ 220 pound Canadian carcass that was tied to their fighter straps (If only they were still a thing). Maybe Bickell gets another look as he still recovers from vertigo but I can’t imagine the leash is very long. But then on the side of the leash is Kris Versteeg so it’s not like there’s a secret elixir out there waiting for them.

Either way, Kane had some real good looks early and had the puck a ton. This is another course correction that should be coming.

–As a whole, the Hawks were much more successful breaking out through the middle of their ice. The Lightning were generating pressure off the Hawks blindly throwing the puck along the wall (Hey there, TVR!) or the Hawks being passive with the puck in the middle. What I mean by passive is the 135 times a loose puck sat in the slot or just inside the blue line and Andrew Desjardins and a Hawks defender engaged in a staring contest. We also shouldn’t expect Teuvo to cough up as many loose pucks inside the Hawks blue line as he did tonight.

Get that cleaned up and there will be limited zone time for the Lightning. Pretty simple.

–The Hawks had a ton of odd man rushes tonight. Probably their most since the Minnesota series. You would have to anticipate they will start to bury those chances if the Lightning are going to continue to ice the rotting flesh of Braydon Coburn, Matt Carle and whatever else is not playing on their top pair.

See, it’s not hard to be optimistic.

–Andrew Shaw is playing his best hockey as a Blackhawk. Every time he’s out on the ice, he’s making something positive happen. I, of course, say that with great trepidation as I’m sure Quenneville sees that and may think to put him between the pivot of Saad and Kane.

–Look, that loss was incredibly frustrating. Perhaps the most frustrating since the Coyotes came into the United Center and closed out the Hawks 4-0 in 2012. But the encouraging thing is that the series is still only three games old and this group has proven time and again that there will be a response. And if you think that this game was anything close to their best response, then you haven’t been paying close attention.

The Hawks win Game 4 and then it’s another 3 game series. They lose and they’re still heading back to Tampa where the Lightning have been rather ordinary. This series won’t be as easy as many (myself included) thought but hey, that’s what makes all this worthwhile.