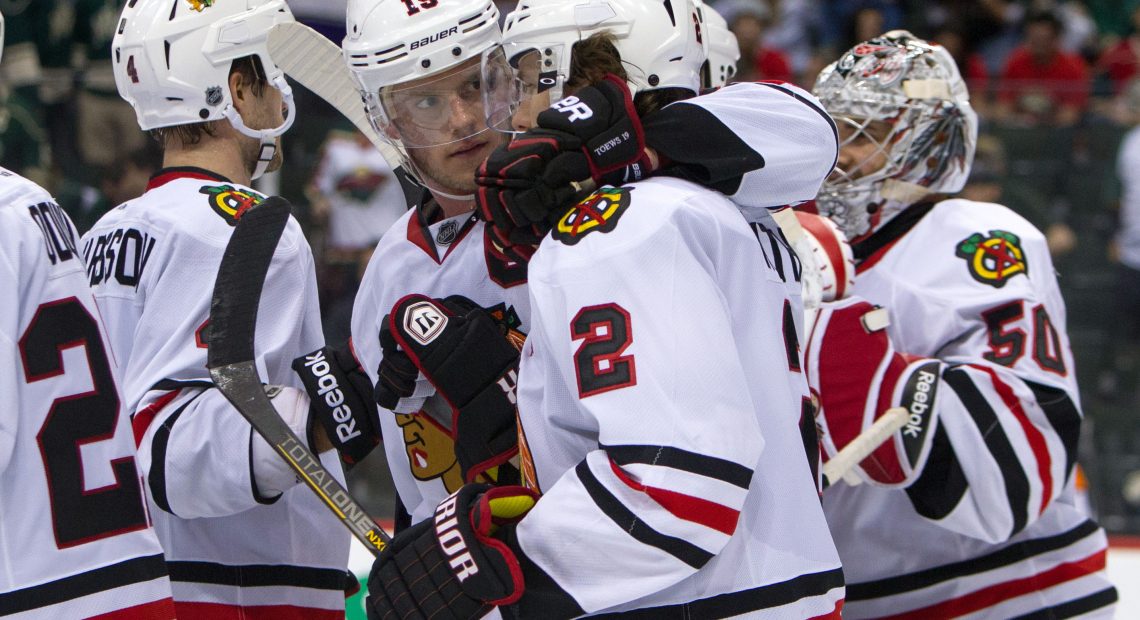 I’m not sure if it was just me being in a shitty mood combined with a lot of annoyance at my local bar (Seriously, how do you fuck up the chant “Let’s Go Blackhawks”? And don’t you know the only acceptable chant is “Let’s Go Hawks”? AND WHY THE FUCK ARE YOU CHANTING AT A TV?!?!) But was that perhaps the most boring playoff game you’ve seen form the Blackhawks in the past few years?

The Hawks weathered the early storm as the Wild came out with just about everything they could muster at this point. There was a lot of action in the Hawks end but not a lot of results. The Hawks grabbed the early lead off a pretty insane steal from Marian Hossa and a feed to Handzus. Zeus fired a shot on net that I guess hit Patrick Sharp on the way in. This was the only thing significant Handzus would do this game except for continuing to get murdered at the dot.

Later on in the first, the captain would attempt to get his first playoff point this series on a hard drive to the net but lost an edge as Harding went for a poke check and ended toppling over onto the netminder. Harding was slow to get up and clearly looked in pain in the net for the remainder of the first. In the second, Hardin was replaced by Chareth Cutestory or whoever the hell is the Wild’s backup to the backup. He promptly let in a goal on the very first shot he faced and the game was pretty much done with. 13.

Player(s) of the Game: 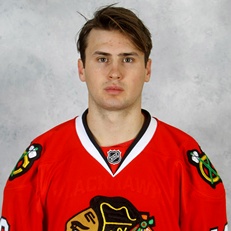 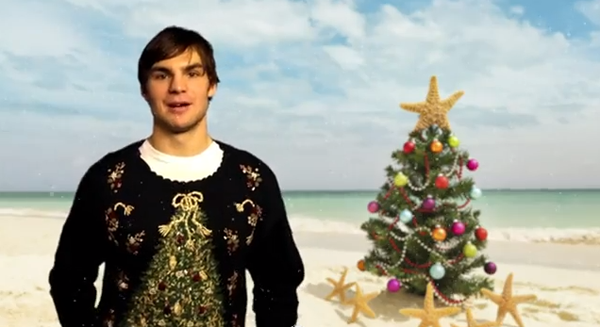 The penalty kill was just nails tonight. A huge part of it were these guys. I’m sick of giving it to the goal scorers. I like this type of game.