High On The Hog: Excitement Building 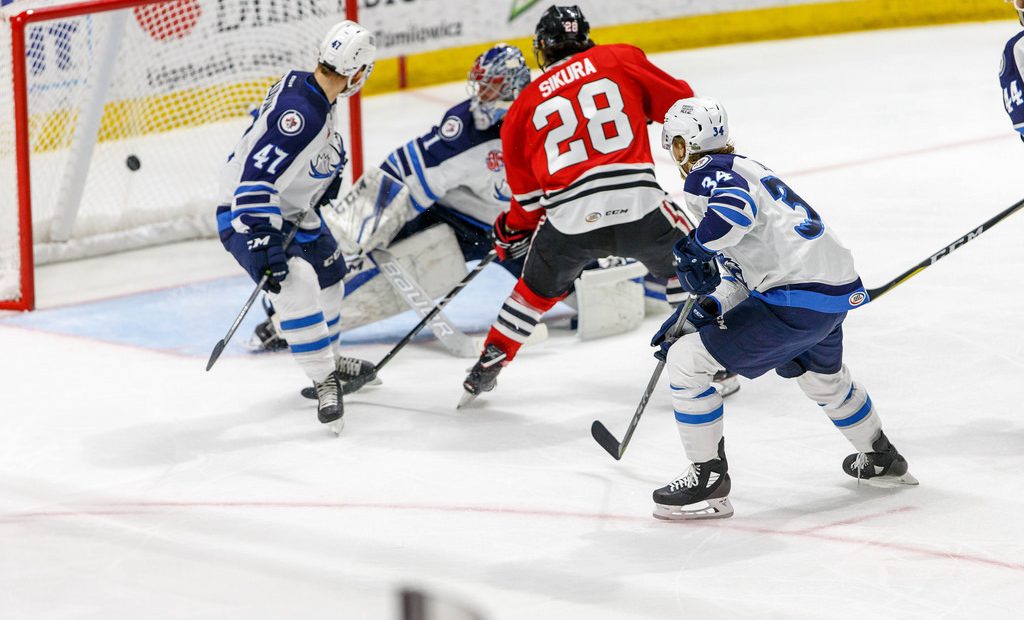 For fans of the Chicago Blackhawks, the only postseason game in town is out of town. West on I-90, to be exact.

The Rockford IceHogs are a single victory from advancing to the next round of the Calder Cup Playoffs following a 4-1 win over the Manitoba Moose in Game 3 of their Central Division Final. The piglets are flying and Hogs Nation is starting to get excited about treading into unknown territory.

For a franchise that has not made it out of the second round in the eleven years Rockford has been the Blackhawks AHL affiliate, these are heady times. There’s a good chance the Hogs secure a spot in the Western Conference Final Friday night at the BMO Harris Bank Center. If Wednesday’s tilt was any indication, there could be a lot of folks watching Rockford go for the series sweep.

I said that I would be stunned if the Hogs got more than 3,000 fans for Wednesday’s Game 3. Summarily, 3,184 watched Rockford fall behind for the third straight game before scoring the next four goals. Among those fans were Blackhawks chairman Rocky Wirtz, president John McDonough and a bus load of team personnel. They had to have enjoyed what they saw. I know I did.

The blueprint for Wednesday’s rally was similar to the first two games of the series. Rockford tied the game with a power play goal, kept up the pressure on the fore check and wore down the Moose the last two periods.

For a team buoyed by veteran presence, it was the rookies that came up big in Game 3. Tyler Sikura notched his third goal of the series after gaining possession of a rebound of an Adam Clendening shot. The power play goal tied the game at 1-1 6:26 into the second period.

Just over a minute later, Victor Ejdsell found himself in the slot with an open look and fired past Manitoba goalie Eric Comrie for what would be the game-winner. Collin Delia kept the puck out of his net the rest of the way, stopping 36 shots on the evening. His skaters did an excellent job preventing prime scoring opportunities and clearing away pucks around the net.

Rockford picked up an insurance goal 13:52 into the third period. Anthony Louis found himself with the puck behind the Manitoba net and made a nifty pass to William Pelletier. Pelletier knocked the offering into the cage from the left post. Matthew Highmore added an empty-netter to complete the all-rookie goal parade.

The Hogs have had an answer for everything Manitoba has thrown at them this series. At the mid-point of Game 3, a Tanner Kero high stick had Manitoba up a man and with a faceoff in the Rockford zone. Lance Bouma spent the time before the draw chirping with Moose defenseman Mike Sgarbossa.

Once the puck dropped, Bouma skated over to Sgarbossa, a veteran AHL player,  and immediately drew a slashing penalty, ending the power play. Safe to say that Rockford is firmly ensconced in the heads of its opposition.

It appears that fans are beginning to recognize what I’ve been preaching all season; the IceHogs are an exciting young team that play fast paced hockey for 60 minutes a night. Bolstered by some key veterans and anchored by a hot goalie, Rockford’s journey in the playoffs may just be getting started.

Could I be back on Monday with a look at this weekend’s action? All signs point to yes.