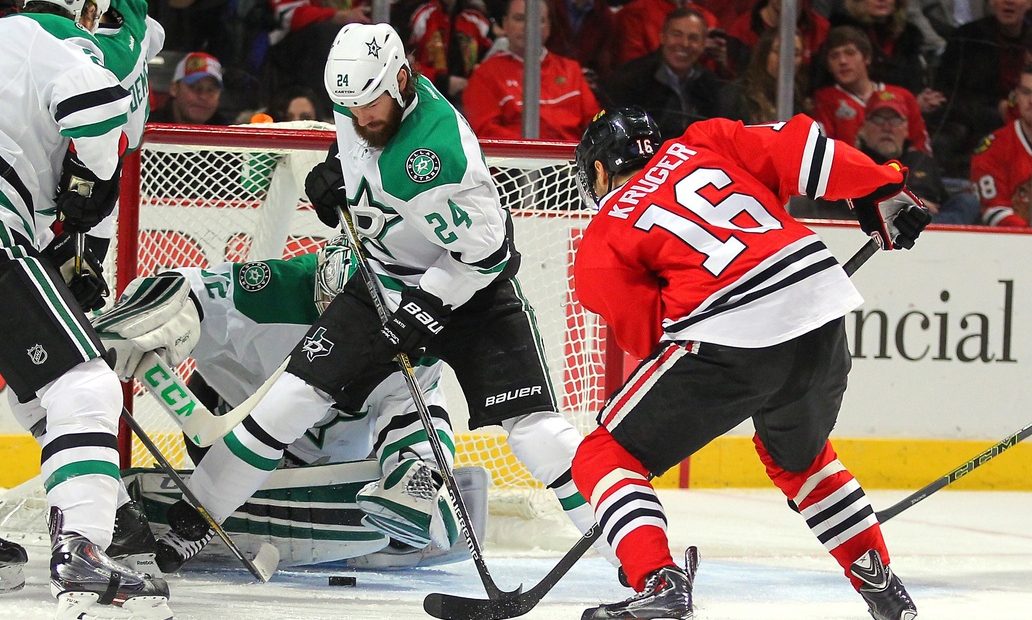 As is now their wont to do – the Hawks let the opposing team take the first goal of the night as Saad was stripped of the puck just past the blue line. Seguin would have a shot kicked away by Crawford… unfortunately that kick went right to Jamie Benn who put it into a wide open net. From there – we got a ping pong match of a game. Dallas took the lead 4 times and gave it up 4 times. Of course, that also stat also would look bad for the Hawks if it wasn’t for Keith’s beauty of a pass to Sharp in OT. It’s also why I’m leaning towards calling this an exciting yet sloppy game.

Lets hash it out more after the jump