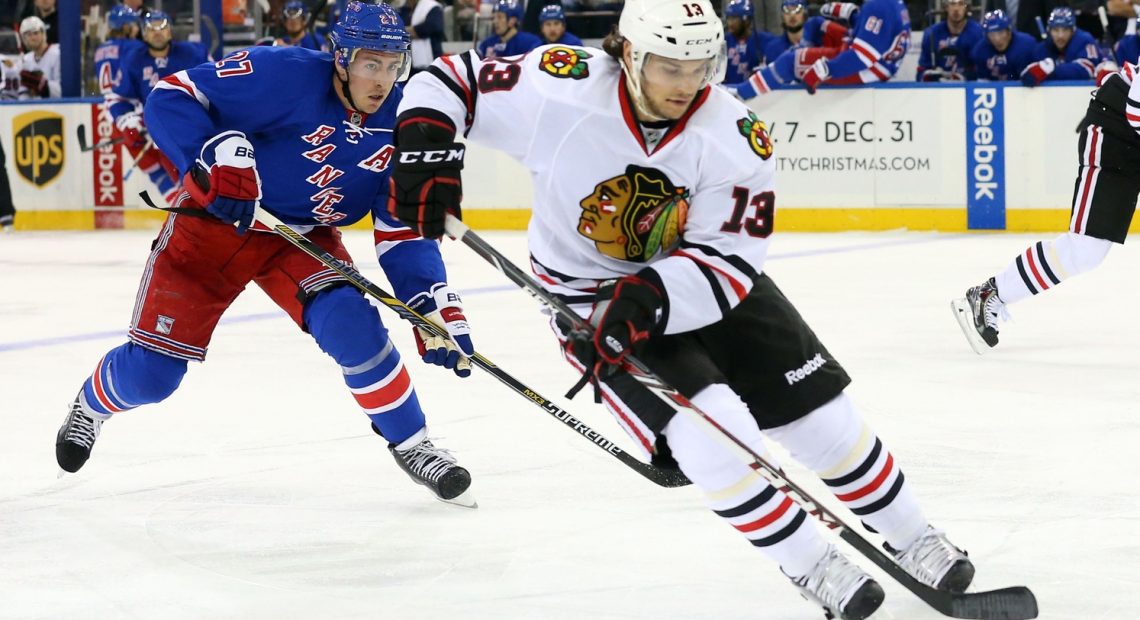 This was the last pre-season game between the Chicago Blackhawks and the the New York Rangers.