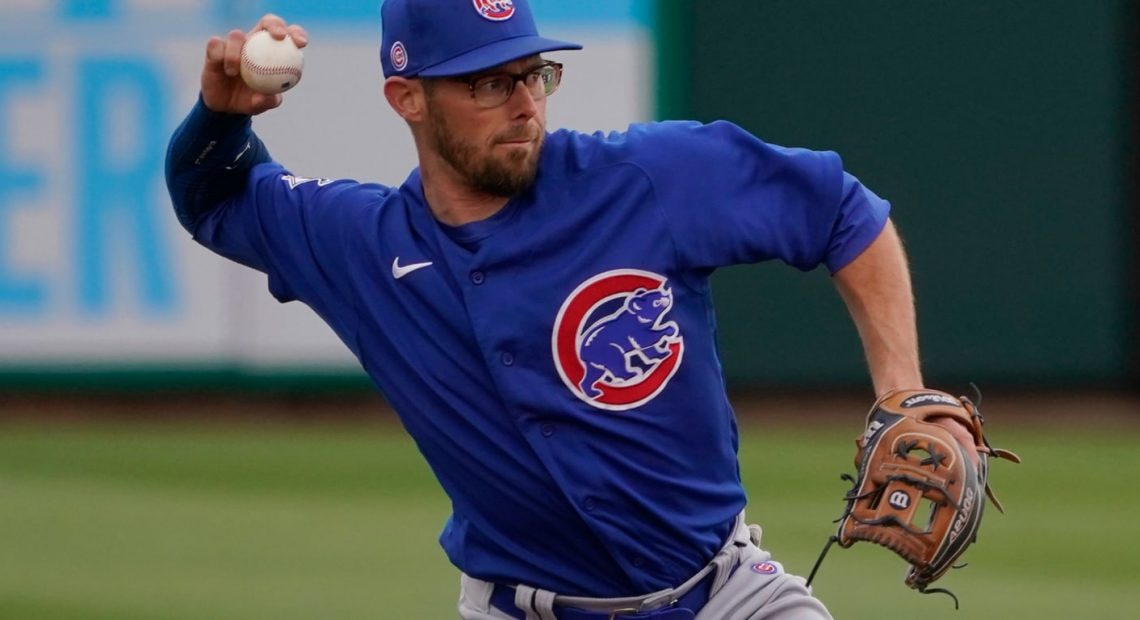 Well, at least we know there’s a team somewhere in this league that sucks more than we do.

The Mets were honestly atrocious to watch nearly all series. Their fielding sucks, their batting sucks, their bullpen sucks…I was going to say their pitching generally sucks, but we didn’t see Jacob DeGrom this series. (And even when he does play, the Mets tend to lose anyway.)

At least the Cubs have won a series and looked…not horrific doing it?

Contreras continues to be the biggest piece of trade bait on the Cubs. Although this 8-game hit streak ended the game before this, he was a part of two of the Cubs’ three runs this game. First he was able to reach first base in the 3rd inning, allowing Eric Sogard to score. He also walked in a bases-loaded situation in the 4th to score Sogard again.

Speaking of Sogard, yes, David Bote, was out of this game because he had some sort of stomach bug, and Sogard took his place. He was more than an able replacement, as he was able to top even Contreras as a part of all three Cubs runs this game. He scored twice and singled to score Heyward in the 4th. Other Cubs that got hits were Kris Bryant and Heyward, and that’s about it.

It’s been a hot minute since Craig Kimbrel had to make a save, but today was his big opportunity. He got himself into a bases loaded jam in the 9th, and every Cubs fan watching was probably at least a little skeptical about whether he could get out of it. But he was able to get a strikeout and a ground out to end the game, thankfully.

Good grief, the bats are either on it or they aren’t, huh?

The Cubs’ team batting average is officially at .201, thanks to a .12-point increase from this game alone. Things didn’t start out so pretty, however; the first inning started with a Mets home run off Zach Davies for the second batter to open scoring. Then we watched some hilarious Mets baserunning in the 2nd when Bote dropped the ball and couldn’t get the out at second base. The Mets baserunner, however, decided to run to third base anyway for kicks, where Matt Duffy promptly tagged him out.

The baserunning didn’t help the Cubs for long, as it only took some time in the 3rd for Davies to give up a single, a walk and a double to make it 2-0 Mets. Although the bats were dead for the first three innings, something sparked the Cubs in the 4th, because Contreras, Bryant and Anthony Rizzo singled three guys in a row and were able to score two runs. It also didn’t help that the Mets made another egregiously horrible baseball play, as it was now their time to drop the ball at second base. Unlike the Cubs, however, quick thinking didn’t save them any outs.

Matt Duffy, in at third base today, was able to walk soon after that, and a Bote single (wow!) scored two runners. Jake Marisnick scored Duffy, Sogard singled to score Bote, Ian Happ singled to score Sogard and things started to look pretty good for us. I don’t Sogard after these two games, but also the Mets are a really bad baseball team. Let’s see some more from him.

At this point, the score was 7-2 and it seemed like this game was pretty much in the bag, even though Rex Brothers came in to replace Davies in the 5th and immediately gave up a single and a homer to tighten the score slightly to 7-4. However, more horrendous fielding screw-ups by the Mets and then a Duffy single was able to score two Cubs to make it 9-4.

In the next inning, the Mets bullpen allowed three walks to load the bases and then a Baez grand slam just completely slammed the door shut for any Mets comeback, the score being 14-4. The Cubs weren’t done yet; they had a walk and three hits in the 8th inning to score two runners for that final score of 16-4.

Well, Joc Pederson is on the 10-day IL thanks to an injured wrist, which means Nico Hoerner is officially up and available to play for the Cubs. We’ll see how that goes; for tonight, however, Happ was shifted to left to replace Pederson, Marisnick replaced Happ in center field, Kris Bryant in right field to give Heyward the day off, and Duffy at third base.

The Mets continued to be absolutely horrendous on the field, allowing a Contreras infield hit to score a runner to put us on the board. Not soon after, Bryant was able to double and score two people thanks to another overthrow to the catcher. Contreras and Trevor Williams scored on this play.

Speaking of Trevor Williams, although his outing wasn’t the best, it certainly wasn’t his worst either. He had 6 strikeouts, 5 hits, only 1 walk and 1 home run allowed. His outings still greatly excite his father, who is still doing the scorebook, which is quickly becoming the staple camera pan during every Williams start for Marquee.

Things were going okay until the 4th inning when Pete Alonso hit a 2-run homer to make this game close. Soon after, a double was reviewed to see if it should’ve been a home run because it hit the outfield netting. Luckily, the double call on the field was sustained, allowing the Cubs to cling to the one-run lead.

Williams was pulled for the 6th, being replaced by Jason Adam, who struck out one guy and allowed the defense to clean up contact with a fly ball and pop-up. After hitting Jonathan Villar in the 7th, he was pulled for Ryan Tepera who gave up a big double to center field that allowed the Mets to tie it up. Andrew Chafin replaced Tepera to get the important out.

Baez got on base in the 7th as the go-ahead run; he hit a fly ball to center field but the incompetence of the Mets’ fielding allowed the ball to drop on the ground. However, the throw to 1st was almost in time and Javy almost got caught off the plate. The ruling on the field was out but after a challenge that was overturned. It didn’t matter, however, because then Baez actually got caught stealing second base. Fantastic job, everyone.

Kimbrel closing the 9th allowed us to get to extra innings. Marisnick had a huge triple to start off the bottom of the inning, but in true Cubs fashion they were unable to bat in the runner in scoring position and got tagged out baserunning because of course. The Cubs got out of a huge jam in the 10th thanks to a double play. Heyward pinch batting won the game, scoring Baez at third base.

Did you enjoy not having to watch a team from the NL Central for the first time in over a year? Too bad. The Cubs now must prepare to get skulled by the Brewers again, who are sitting at the top of the division with an 11-7 record. See you then.