Get It Over With 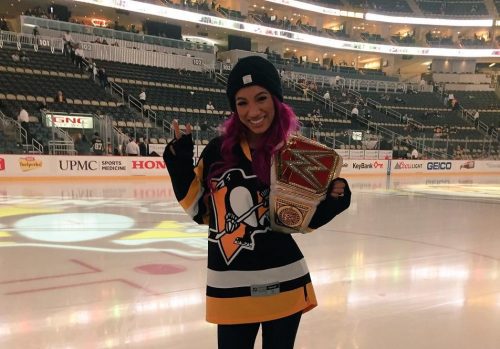 It’s startling on how the feelings can change about a Game 7 in just one round. Just a couple weeks ago, we were all eagerly anticipating the Game 7 between the Capitals and Penguins, the culmination of a Mega Powers matchup that we’d been looking forward to since about November. Now tonight we have a Game 7 of a series that we pretty much just want to die and go away forever.

The constant argument over the Senators is an excellent example of how basically all sports coverage refuses to seen any nuance in any subject. The past couple weeks, or even months, have been one side screaming how boring the Senators are to watch at times, and the other screaming back that it’s not their job to be entertaining but to win.

Both of these things can be true.

I completely understand the Senators’ plight, such as it is. They only have one truly generationally talented player. In fact, Erik Karlsson probably is their only true top pairing or top line player. Kyle Turris is a second line center on any great team. Mike Hoffman and Mark Stone are underrated forwards, but again are probably really good rhythm guitarists and not leads. Derrick Brassard couldn’t beat out Derek Stepan in New York, and Stepan isn’t a #1 either. So they’re going to do what they have to.

And I can find it mind-numbing to sit through. Hey, I understand why “Two Broke Girls” was written the way it was, but that doesn’t mean I didn’t think it was one of the worst shows on TV of all-time.

But remember, this is the way the NHL wants it. With a flattened cap and either zero interest or ability or both to grow revenues, they’ll get their beloved “parity.” What “parity” means here is really “mediocrity.” And when teams don’t really stick out from the others, you can “system” your way to near a Cup. Guy Boucher has actually done this before. In 2011 when the East didn’t have a great team, as the Caps were totally Boudreau’d by that point, the Penguins were without both Malkin and Crosby, and the Lightning could trap and Dwayne Roloson his way to a Game 7 in the conference Final. That was also really the last time a team “goalie’d” their way out of the East, with Tim Thomas putting up a .940 to send them to Vancouver. Again, that is more possible when you simply don’t have a great team around to stop that.

The Penguins at full-strength would probably be pretty close to great, but they’re not near full-strength. They don’t have Letang, Crosby is only just again rounding into form, and Justin Schultz and Patrick Hornqvist only might play tonight. Without Schultz and Letang, those were basically the Penguins’ best trap-busters. Hence, they’ve struggled.

What it all means for tonight is anyone’s guess. There isn’t a pretty dependable streak of pissing down their own leg with Ottawa that there was with the Caps. Anderson is just as likely to steal another one as Matt Murray is. I always get jumpy about teams going through more and more deciding games. Because they’re essentially a coin-flip, the more you enter the more likely it’s going to go against you. But it’s only two of them I suppose so far.

I know most neutrals should probably be rooting for the Penguins. Pittsburgh-Nashville will just be far more entertaining hockey, and we’d probably get less stories on what Ottawa’s attendance is. Because I don’t care, and neither do most people, though anything that makes Canadians defensive is all right with me.

There was a time when I would have wanted to see a Canadian team in the Final, but quite frankly all the bullshit in the sport that we have come to abhor at least stems from crusty Canadian thinking. The message-sending at end of games, the bullshit after whistles that gets celebrated, the illegal hits that are “hockey plays” and I could go on and on. So you know what? Fuck ’em. Let’s go Pens.