Game #8 – And they say we’re doomed from the start – Blackhawks 3, Lighting 6 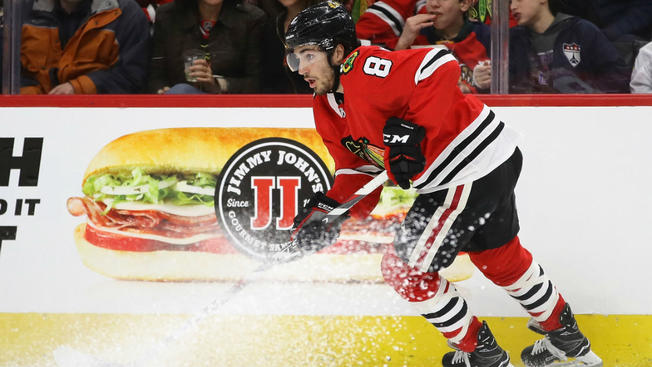 The Blackhawks were given the unfortunate task of trying to cheer me up after the Bears loss today, and instead of doing that they just took my already broken heart and ripped it out of my chest and stomped on it. Well, not really, because I don’t really think much of these Blackhawks even with how fun the early games this year have been, and with the Tampa Bay Lightning coming to town and Cam Ward in net, this was going to be ugly from the jump. But let me be dramatic, okay. Let’s do the bullets:

– Sweet merciful Jesus, can anyone on the blue line for this team skate anymore? I know the Lightning are one of the fastest teams in the NHL, but the Blackhawks defensemen literally looked like traffic cones more often than not tonight. The Lightning were skating circles around them all game long, and no one even really seemed interested in stopping them. Seriously, go watch the Lightning’s fourth goal again, if you can stomach it – I know I couldn’t. It’s like watching a new driver go through an obstacle course. Or like watching the Patriots receivers run through the Bears secondary. NO YOU ARE STILL MAD ABOUT IT.

– The second period tonight was perhaps the worst display of “professional” hockey I have ever seen the Blackhawks play. That really is where the Lightning did most of their obstacle course maneuvering, and they basically suffocated the Hawks the whole time. I don’t care how fast or good the team you’re playing in, to get outshot 34-6 in any period of NHL is hockey is inexcusable.

– Sam mentioned this on Twitter, but the Hawks best work in terms of getting out of their own zone tonight was whichever player had the puck just went up the ice with it, either skating or passing, instead of trying to fit into whichever weird-ass system Q wants them to run on the breakout. It worked for Jan Rutta, who in a a blind-squirrel-finding-a-nut moment sprung Alexandre Fortin on a breakaway for his first NHL goal.

– Those last two points bring me to a conclusion, and it’s one that I’ve talked about both sarcastically and seriously for a while now, and the podcast guys have talked about for a while now as well. And that is that it might just be time for Joel Quenneville to go. Now, I seriously doubt they’re going to make any serious move like that in season anytime soon, especially after the Scott Powers article that waxed poetic last week about how Q got here to begin with. But getting dominated in a period like that and success coming moreso from players doing their own thing rather than your system are not trends that bode well for the Stache. This is just one game, so I am not trying to jump to too wild of a conclusion, but it’s still something to monitor.

– Congrats to the Hawks on finally scoring a power play goal tonight. I look forward to the next one coming in December.