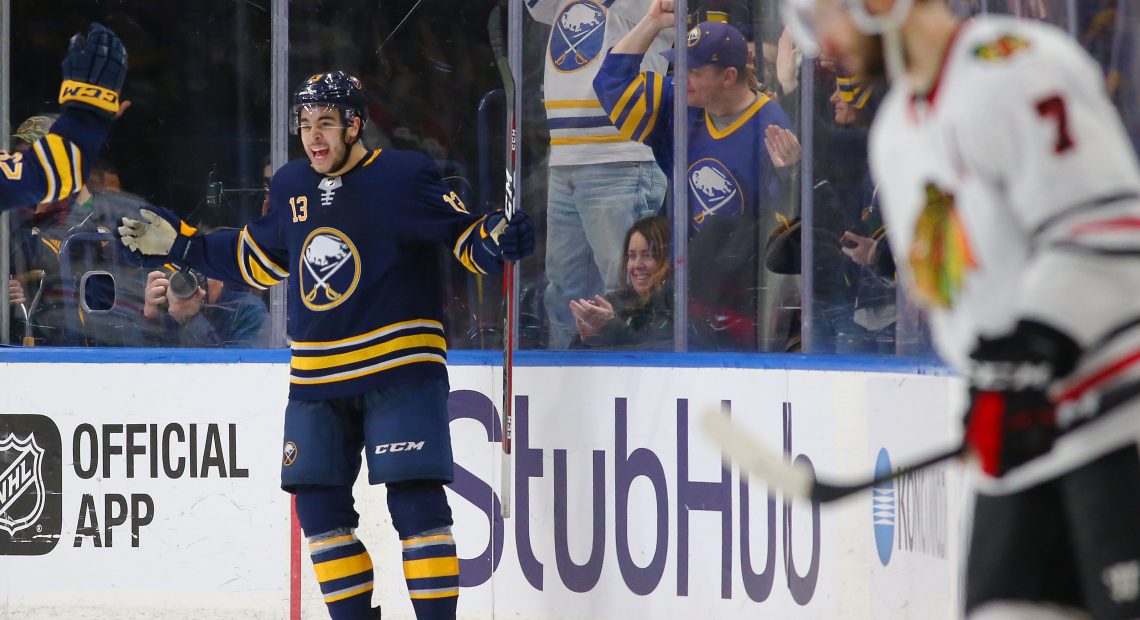 Kent O’Brockman once said that on St. Patrick’s Day, “Everyone is a little bit Irish, except of course for the gays and the Italians,” which is why you’re stuck with me for the wrap of this horseshit game. Let’s get to it and keep it brief, as there’s drinking to be done. To the bullets.

– When it mattered most, the Hawks dropped all of the corned beef they’d been cooking. After a ho-hum first, the Hawks looked more like the Hawks we’ve paid for in the past than the Hawks we’re currently paying for, posting a nice 69+ CF%. But the wheels came off in the third, as the Hawks got pantsed in possession by the (now second) worst team in the league, getting pasted for a 37+ CF% at evens. I assume that like many of us, they were looking forward to doing anything but subjecting themselves to Blackhawks hockey, and it showed.

– On his special day, our Large Irish Son had what could best be described as a mixed bag of a game. Murphy found himself on the third pairing with Oesterle and looked spry early, leading the Hawks with three shots on goal in the first. He also ended the game with a 65+ CF% and looked to be more aggressive on the rush, crashing and joining the play deep more often than I’ve ever seen.

But he also found himself on the ice for all three of Buffalo’s 5v5 goals. He was partially to blame for the Sabres’s first goal, as he overcommitted on Reinhart on the far boards. This, coupled with Patrick Sharp getting caught staring at whatever it is washed up wingers playing to a three-fourths-full stadium in Buffalo look at, gave Reinhart a gaping lane through the Royal Road to Ristolainen, who swept a pass past Jordan Oesterle and onto Pouliot’s backhand for a messy goal. The other two came off tips from Nicholas “Don’t Call Me Jean” Baptiste, so it’s hard to blame him for that. Still, we’ll have to watch going forward to see what it is Murphy might be. I will die on the “he’s the best D-man the Hawks have” hill, but there are some questions that I have regarding his awareness and positioning. Certainly not giving up hope, but there are questions.

– Highmore–Schmaltz–Vinnie was world beating for the first two periods. Granted, it’s against Buffalo, but the speed and vision they showed was encouraging. Each ended well above the team rate in possession and showed a decent amount of chemistry together. They all need to add some meat to their respective asses if they want to compete against better teams in terms of possession, but with Vinnie’s speed and shot, Schmaltz’s hands and vision, and a sort of snarl that Highmore has shown over the last two games, this is a line to watch going forward, assuming they stay together.

– Brandon Saad’s woes continued today. He shanked a few opportunities right in front of the net and was trounced in possession, posting a 42+ CF% for the game (-12.10 CF% Rel). Again, he’s not one I’m willing to give up on, but it’s frustrating to watch him struggle. It doesn’t help that his linemates couldn’t be bothered to give a shit for the first half of the game, but it’s not an excuse.

– I was four beers in by the end of the first period, but even I couldn’t believe that Alex DeBrincat was playing with Stonehand Tommy and Stonefoot Artie for this one. Alex DeBrincat isn’t a fucking third liner. I know that he hasn’t had much offensive luck over the last 10 or 12 games, but how does putting him on the ice with a guy who can’t move and a guy who can’t stick handle solve that? I guess it’s hard to figure out where to put him if you’re committed to 20–19–88, but with talent like his, it seems like you’d want to nurture it, not dampen it.

– I seem to get every J-F Berube start these days, and I always say some variation of, “He looked good for a guy who allowed more goals than good goalies allow.” I’ll say it again about today. The first goal was more on Murphy and Sharp than him, the second was on a fluke bounce on the PK, and the last two were off high-traffic tips. I’m not sure what else he can do, and I’m curious to see whether he’s the guy backing up Crow next year. I’d want to look at more tape, but he just seems more in control when he’s out there than Forsberg.

– Toews scored his 20th goal today, which was off a big rebound from Every Fraternity Chapter’s President Chad Johnson. He’s been on a nice roll offensively lately, which is nice to see as the season winds down.

– Foley had all the energy and faith of a man who had just gotten pick pocketed at his church on Good Friday, which makes for interesting listening. Sort of like a high school football broadcast by a student whose crush rejected him for homecoming. But watching him froth over a picture of a Sabres’s fourth liner punching some other hockey player I can’t be bothered to look up in the face while stereotypical Irish music played in the background during a stoppage was the most hilarious thing about this game, hands down.

Just 10 more of these things to go. Happy St. Patrick’s Day to you all today, Happy St. Joseph’s Day to the rest of you for tomorrow. The end is mercifully near.

Line of the Night: “Let’s see how green his tongue is at about midnight tonight!” –Foley on Adam Burish