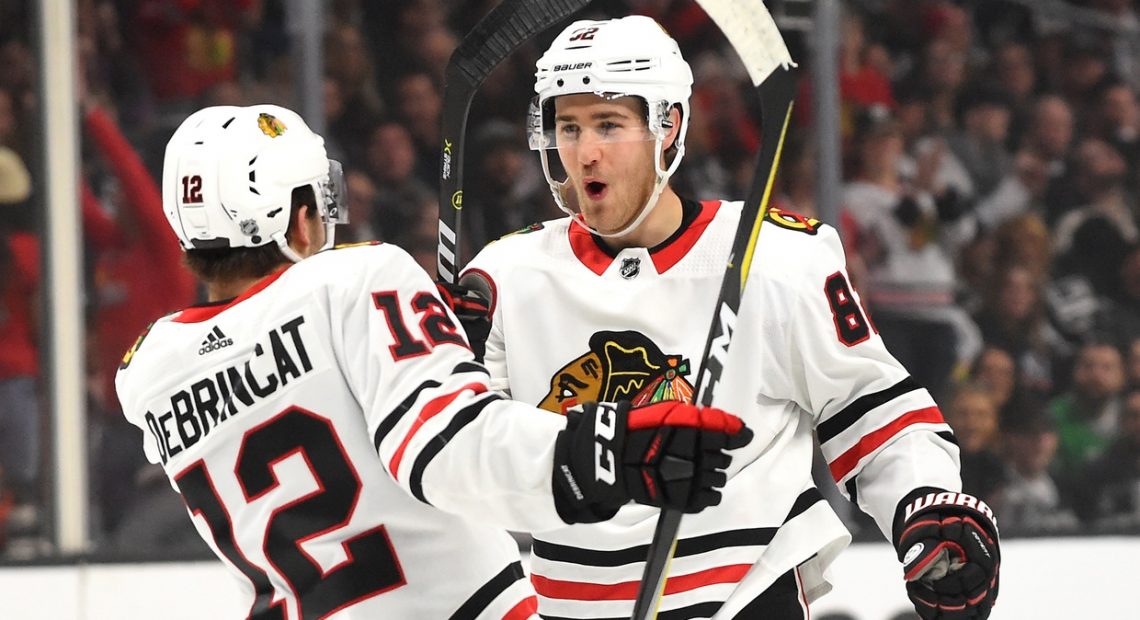 In the interest of full disclosure, I missed like 50 minutes of this game. I forgot it was a day game and I had work. However, I really saw all I needed to see, based on early reports from the game not much happened. But those last 12-ish minutes that I did see were very good. Let’s dig in, breaking down the four goals I witnessed after turning it on at 3-1:

– I cannot tell you how much joy I got out of turning on the television to see Drew Doughty being led to the penalty box only to throw a fucking temper tantrum because his little shitstained diaper hadn’t been properly changed. He slammed his helmet and whined at the referee, earning a second penalty and giving the Hawks 4 minutes of penalty time. They didn’t do much with the first half of it, but were able to keep at it and eventually Wide Dick slammed home a one timer off a rebound to make it 3-2.

– The next goal was a direct result, in my opinion, of Nick Schamltz being really fucking good at hockey. He got a long, cross ice pass floated to him near chest height, which he expertly knocked down with control. Then, being alone in the zone, he slowed up and evaluated the ice with his SuperMan vision (no I am not being hyperbolic) while letting his teammates get up ice, before making a good pass for Dahlstrom to hit a one timer toward the net. That resulted in a really terrible clear attempt by something called Derek Forbort, which fell right to Vinnie Hinnie and he squeaked it through Jonathan Quick’s five hole. Yeah it took a little help, but none of it is possible if Schmaltz doesn’t knock down that tough pass, then have the presence of mind to wait for his teammates and giving Dahlstrom a nice pass to hit toward the net. 3-3.

– I don’t know what got into the power play tonight, but I kid you not they scored two power play goals in one period in this game. I am not entirely sure if it was on purpose, but Kane and Toews found themselves flipped in the formation, with Toews on the right board in one-timer position while Kane was weak side. Kane got the puck at the half board and fucked around with it as he wont to do on the power play, and must admit I loudly groaned while watching him fiddle with it with seemingly no plan. But then, miraculously, he actually waited a passing lane open, and fed Toews with a nice little cross ice pass. Toews settled it for a beat before firing past Quick low blocker side. 4-3.

– The fifth goal was an empty netter that was hilarious because #1 Kane absolutely did not have to put it home. He was all alone on a “breakaway” with just 3 seconds left, but he put it in the net anyway with 2.9 seconds remaining which is just great. But the Kings then wet their diapers even more, as they are known for, with Anze Kopitar, Drew Doughty, and Jonathan Quick (who wasn’t even on the ice!) slamming their sticks in such embarrassing fashion you could actually hear audible gasps from the Staples Center crowd on the television. 5-3.

– Just to circle back, the Hawks whole comeback was the result of known fuckstick and giant pissbaby Drew Doughty shitting his diaper in the penalty box because he wasn’t happy he was sent to timeout. That is extremely my shit. I am still in favor of the quasi-tank, but beating the Kings like this, and having it be a result of Doughty being a baby, is so satisfying.

– Another takeaway from this game – that didn’t look like a team that has quit on it’s coach. After a truly shitty second period when they gave up 3 goals, they could’ve taken their ball and gone home. They battled. Don’t count Q out of that job just yet.