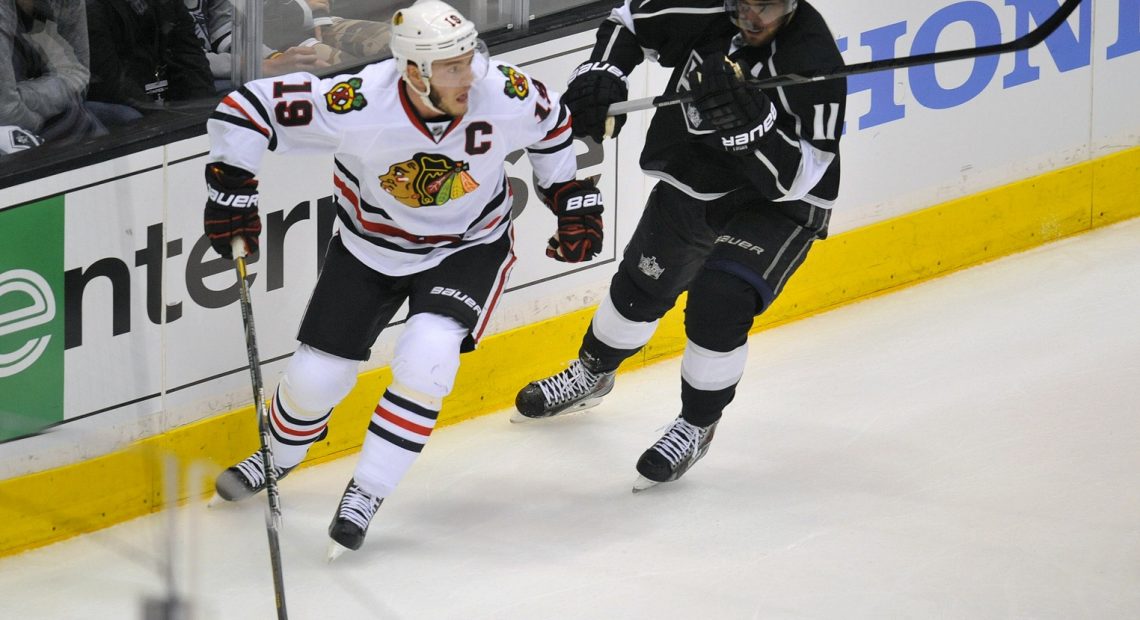 While a lot of people within the community known as “Hockey Twitter” last year were stumbling over themselves to point out what a bad year Jonathan Toews was having last season, which wasn’t entirely accurate but no one ever accused hockey fans of being smart, they were missing out on a truly poor production year from Anze Kopitar.

The underlying numbers for both guys were still pretty good last season, though. Kopitar accounted for 54.55% of attempts when he was on the ice, while Toews was able to control a not great but still fine 52.4% of attempts. You can see in the image below that they both were still elite in terms of possession, with the only blip for either one being Toews’ struggles with zone exits last year. 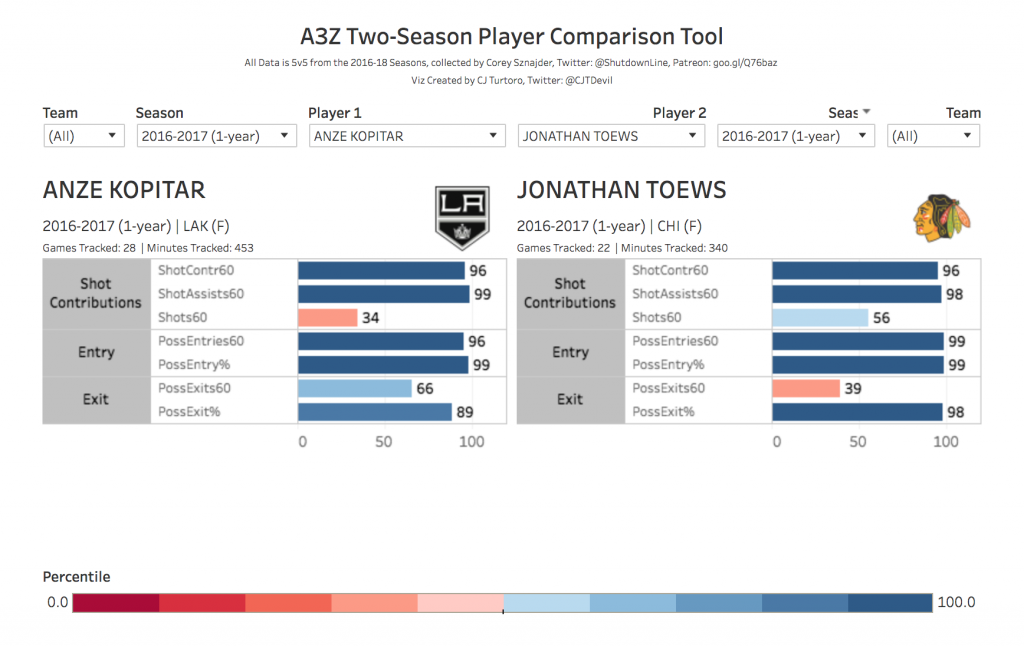 This year is a completely  different story for Kopitar, who has enjoyed a nice “bounce back year” as he has 27 goals and 70 points already in just 65 games, on a pace to best his career high of 81 points. He’s already surpassed his number of assists from last year, which we know isn’t directly tied to but still correlated with his play, bit the uptick in goals comes from a predictable place – his luck got better. He’s shooting a career best 17% this season. Kopitar’s shot shares have actually been worse than he showed last year, as he currently boasts a 51.67 CF%.

On the other hand, this season has just been a double-down on last year for our own Fearless Leader. While his underlying numbers are still phenomenal – a 57.65 shot share is just about world-beating status – his production has only gotten worse, as he has just 16 goals and 40 points. And if you’re an intuitive individual who can pick a theme, you probably already know that shooting percentage is playing a part. Toews is shooting a new career low 8% this season. If he was shooting his career average of 14%, he’d have about 26 goals right now, and we’d be looking at 50 points, which would be far more encouraging.

But that 14% career shooting mark for Toews is now skewed by the two poor-shooting years he’s had this season and last. Before 2016-17, Toews was shooting 15.1% for his career – so it isn’t a huge difference, but it’s there. And if you project that shooting percentage onto Toews’ current season, he’d have 28 goals – oh hey, more than Kopitar.

And here’s another handy visual just to show you how Toews’ underlying numbers are either better than or at least right there with Kopitar’s this season. 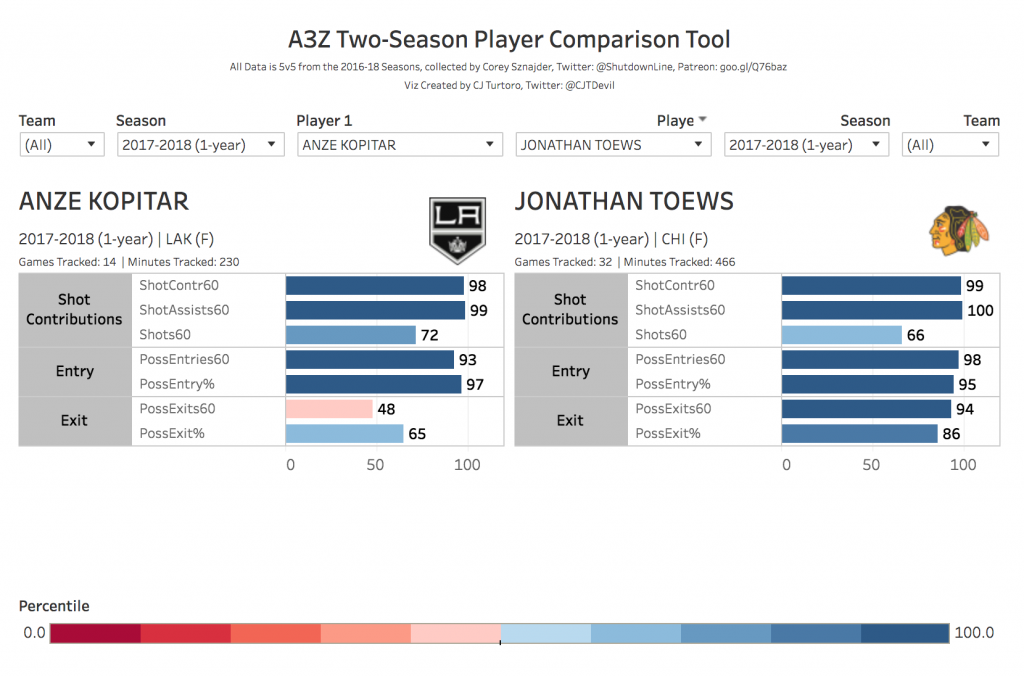 The point of all this is to say that luck is a fickle bitch in hockey. McClure has said it a few times, but if teams like Vegas are gonna be able to skate by on 69% shooting this year, the bell has to toll for someone, and that someone has been the Hawks. But if you’re a Jonathan Toews doomsayer – and you don’t want to be – Anze Kopitar is a perfect example of how everything can still even out for the Blackhawks’ captain.