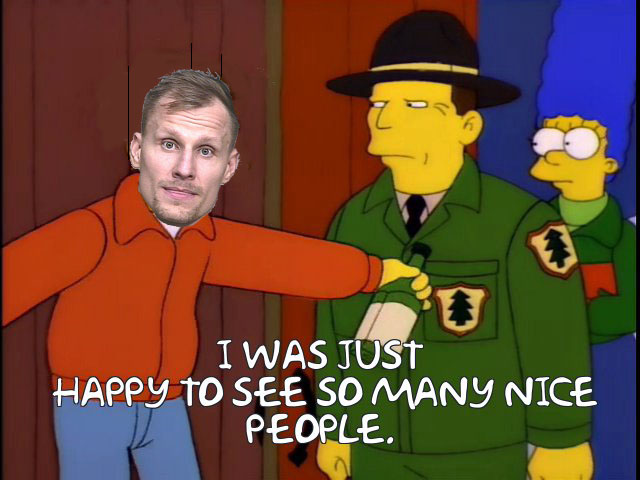 It seems like it was about a million years ago, but in the 2016-2017 season, Richard Panik scored 22 goals for the Hawks. This was after he managed six in a 30-game audition the year before. It led to a lot of noise about how the Hawks might be able to live without Marian Hossa, which left us trying to pick up the pieces of our jaw that had shattered when it hit the floor at terminal velocity. It was genuinely thought around here by some, where we think there’s a gas leak, that Panik was a genuine power forward.

He certainly looked the part at times, but once the Hawks handed him millions instead of thousands, suddenly everyone discovered he was a raging asshole. The Hawks shipped him out in the middle of last season, even though he was somewhat productive with 16 points in 37 games. We’ve never seen the Hawks’ beat tap dance on someone’s exit quite the way they did when Panik was given the thumb.

Then he went to the desert and got way drunk, getting arrested after not leaving a nightclub he was kicked out of, always a power move. The highlight of which had to be Panik continuously screaming at the arresting officers that he played for the Coyotes. If anyone in Arizona gave a flying fuck about the Yotes, it wouldn’t be seen as a hockey outpost to discard your trash that everyone in the dressing room is about ready to knife.

Panik caused a lot of annoying takes here in Chicago, when we had to keep pointing out that there was a reason he was an NHL journeyman. He’ll wear out his welcome in Arizona soon enough, if he hasn’t already.