Notes: We keep telling you about Kampf and Saad, and they keep crushing it…any chances would see Kunitz slot in for Perlini but that would be pointless…Seabrook and Keith got clocked against the Wild, and Hitchcock isn’t so dinosaur that he won’t recognize what they are and send McDavid at them every chance, so that’ll be fun…Gustafsson and Forsling were actually effective together as a third-pairing, which is what they are…we’re hoping it’s Delia but they could go back to Ward, morning skate was after publish time… 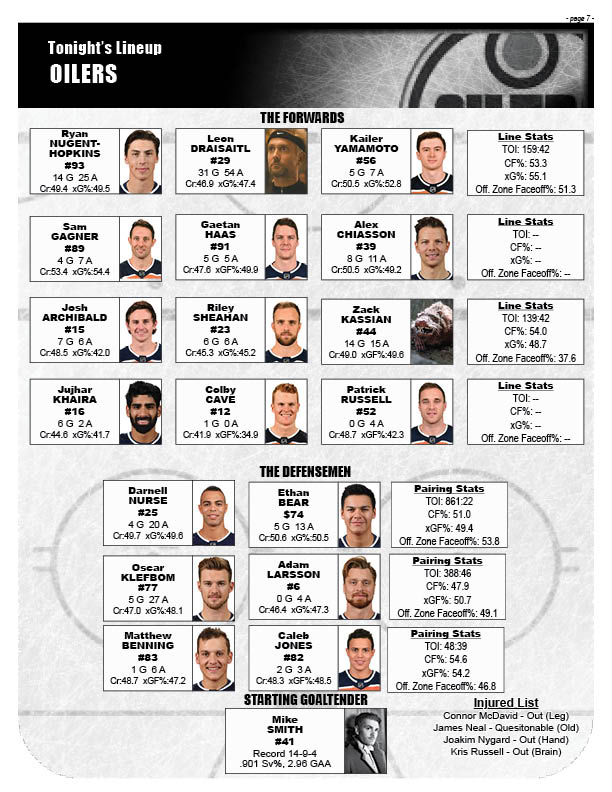 Notes: You can complain about the Hawks wingers, and you should, but good god look at this trash! That’s what plays with McDavid? He should have demanded a trade like four months ago!…Draisaitl has seven points in his last four games…McDavid has 41 points in his last 26 games, only slightly behind the pace Kane has been putting up…Koskinen probably goes tonight as Talbot has been horrible his last couple appearances and Koskinen at least hasn’t turned into putty, and the Oilers will settle for that…they’re already bitching about Manning, which is just delicious… 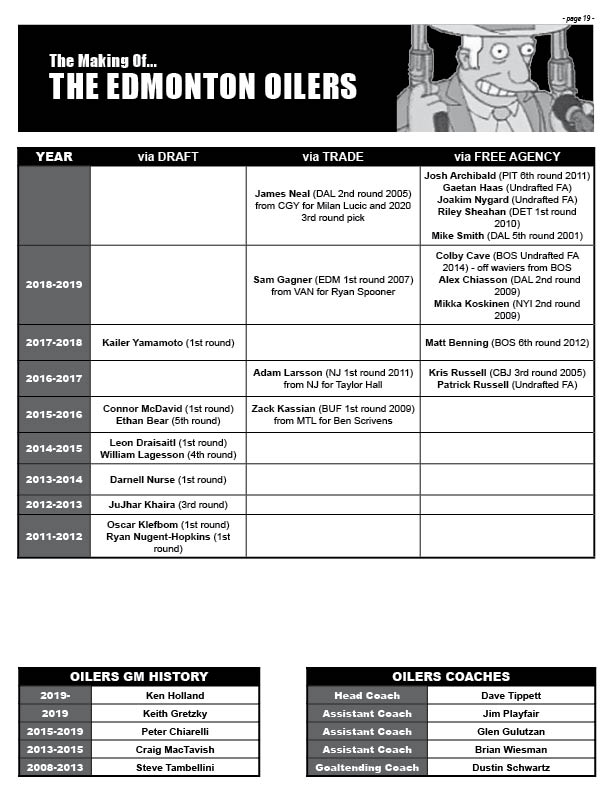