Game #52 – Hawks vs. Coyotes Spotlight: Went To Clayton Keller, To Have My Fortune Read 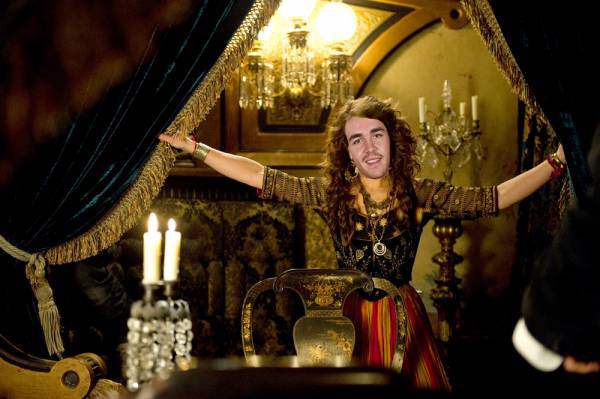 As we’ve stated over and over every time the Coyotes show up on the schedule, the biggest obstacle to them mattering has been a lack of frontline scoring. They’ve gotten great goaltending from a couple different guys. With a blue line that contains Ekman-Larsson, Chychrun, Demers, Goligoski, and Hjalmarsson, that’s a pretty decent platform for a team. And yet the Coyotes haven’t been able to get to the playoffs, and only last season and this one have they even been in the conversation. Cast your mind back and see if you can recall a genuine top line player who donned…well, whatever color it is they wear. We’ll wait.

Ok, now that you’ve failed let’s get to the heart of it. There hasn’t been one. The acquisition of Taylor Hall for a song before he hits free agency was clearly meant to remedy this. So was the trade for Phil Kessel over the summer, though it might just be that age and indifference (and the hot dogs, of course) have caught up with him and his 11 goals.

Still, from within the idea was that Clayton Keller would solve this. 45 points in his only season at Boston University certainly suggested that there was a boom to come when he arrived in the desert. A rookie season of 65 points for a go-nowhere team suggested same as well.

And then it just kind of stalled out.

Keller put up 47 points last year, and is on pace for just 51 this year. Not exactly the kind of production you’d want from someone you just handed a $7.1M per season extension that Keller got before this campaign. That’s second-line production, and if Kessel is past it and Hall bolts in the summer for greener pastures, the Coyotes will be where they’ve always been. And that’s not anywhere anyone wants to be. View sucks.

But things might not be that simple. Under the hood, Keller is having a better season than that. He’s averaging 9.7 shots per 60 at evens, almost two more than last year and nearly three more than his impressive rookie season. His individual expected-goals is up to 0.81 per 60, a full 33% over his first two seasons. Same deal with his scoring chances. So he’s getting to better areas and firing away more often, but he can’t get them to go in. He’s got the lowest shooting-percentage of his career at even-strength. He also hasn’t been able to net more than twice on the power play, thanks to the Yotes man-advantage being a bit Hawks-like.

His team-wide metrics are better than they’ve ever been as well, but again, the Yotes are shooting just 6.2% when he’ on the ice. There isn’t much you can do about that when you’re getting the right amount of chances. He’s playing with Derek Stepan and Kessel at the moment, but Stepan has always been a miscast 2-3 center and Kessel we’ve been over. He could use some help. Perhaps there’s a market correction coming that will boost the Yotes to their first playoff appearance in eight seasons. That’s the dream.

The Coyotes will never go anywhere as a team, consistently, until the produce or acquire a star. And keep them there. Sure, they could spasm one good season like 2012 that makes all old hockey men lose their mud over a team that’s “MORE THAN THE SUM OF THEIR PARTS HARF HARF HARF” but you don’t stay there like that. Check out the Predators for evidence. Keller is hardly the first one who contained promise that he would be the one to break the mold for Arizona. They’re still waiting.

Tags: Arizona Coyotes Clayton Keller not there yet