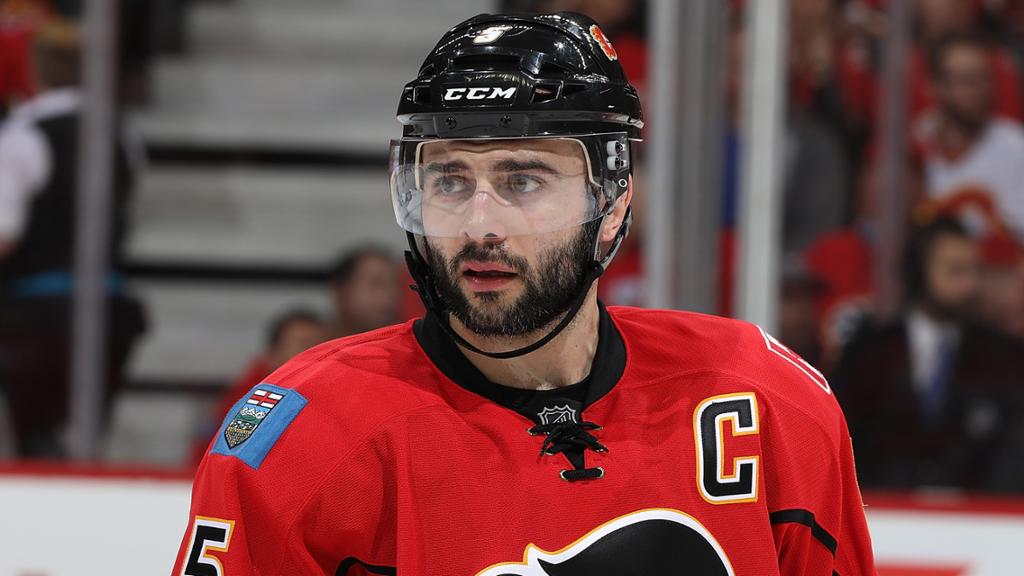 That’s probably a little harsh on Duncan Keith, who hasn’t died, just diminished. And he’s carried a lot more playoff and Olympic miles than Mark Giordano. Though really, that’s not Giordano’s fault, because the Flames haven’t been good enough around him and Team Canada likes to huff ether before picking their blue line. And it doesn’t matter given the talent. But you’d be hard-pressed to find a defenseman that’s been any better than Gio the past seven years.

In those seven years, there isn’t a d-man who has a better relative Corsi to his team than Giordano, who checks in at +4.88. That’s better than Karlsson, better than Subban, better than Keith (though in this category Keith is hurt by the Hawks always being a dominant possession team in the past).

When it comes to relative expected goals percentage the past seven years, Giordano is second to Jared Spurgeon. Again, the Flames have had some pretty bad teams in that stretch, but only Spurgeon has stuck his head farther above the water level that his team established.

Giordano is having something of a renaissance season, though he was never as bad in recent years as some would have had you believe. Gio is rocking his highest CF% of his career a 57.3%. His expected goals percentage of the same mark is also the highest of his career. Gio has benefitted from getting more offensive zone starts than before, though that’s somewhat attributable to the Flames being a better possession team than before. And some of it is being partnered with Dougie Hamilton all year, forming perhaps the best pairing in the West.

All of this leads to whether or not Giordano will be a a Norris finalist. If he didn’t win for his tour-de-force 2013-2014 seasons he’s probably never going to. We’ve cataloged who should win but won’t, and he’s on that list. Generally how voters tend to do this, John Klingberg will get it even though Giordano whomps him in all the categories that matter other than scoring. Subban will also get those votes.

When he first signed his seven-year extension that kicked in last year that pays him $6.7 million per year, it was derided as Seabrook-like. The Flames have already gotten more value out of this one than the Hawks did. And you wouldn’t expect Gio to fall off the Earth next year. Yeah, the last two years might be ugly, but that will be post-lockout and who knows what the rules will be. Especially if Hamilton is riding shotgun for a while.

Going back to the Norris discussion, this will be a test again of how we evaluate the award. What else can you ask of a d-man than to keep the play out of his own zone and get it up the ice? Only Subban is scoring a ton of goals himself. Can others be blamed if their forwards don’t convert their passes at the same rate? No one’s doing it better than Gio this year. How many votes will he get?