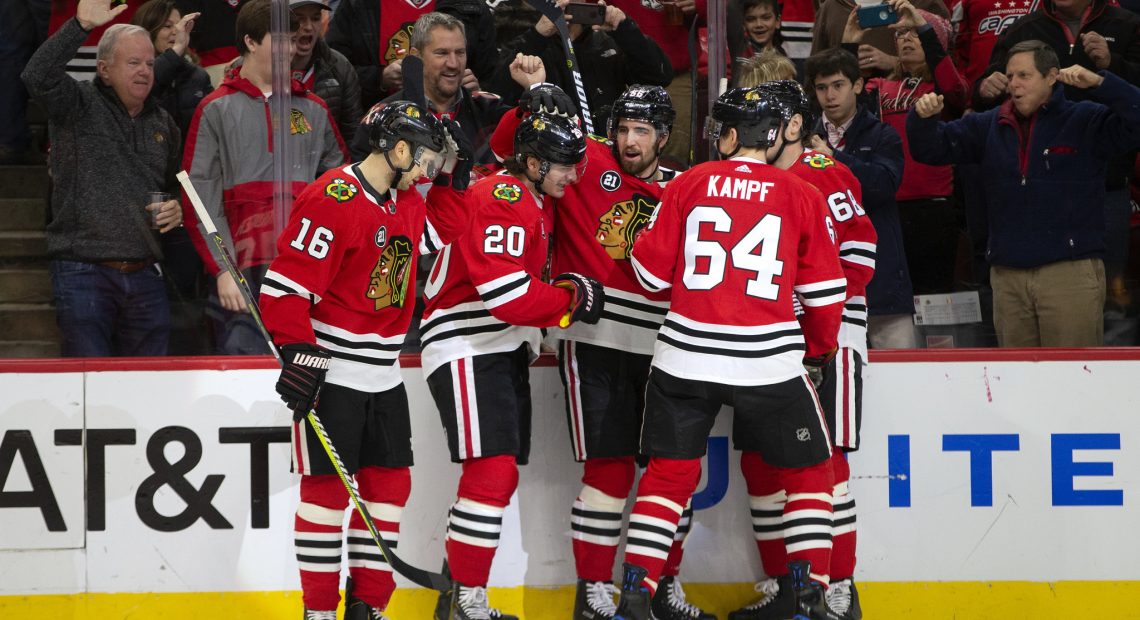 Well, that was refreshing. The Hawks finally showed up for a “big” game, if they still count as such, and played extremely well as they shitpumped the Capitals all day, save for a quick stretch in the third period where they let it get interesting. Let’s do the bullets:

– Jonathan Toews continued the Fuck You Tour today with a five point game that included a hat trick. It’s starting to feel more and more like he should just be doing this every game, even though I know it’s not that simple. But when he takes over a game, it’s something special to behold, really. His final possession numbers weren’t phenomenal with a 48.65 CF%, but that was likely brought down by the dominance Washington showed in the third period (which was largely score effects) and the fact that Toews was playing a hell of a lot in that period. Plus, the Hawks had a 4-0 advantage on goals at 5v5 with him on the ice. His numbers where it mattered most were damn good and that’s all I care about.

– To go along with that killer game from Toews was another monster performance by Patrick Kane, who matched Toews with a five point game of his own. He continued what has been one of his best seasons in the NHL and maybe the best year of his career in the process, and that brought me to a good but very sad realization – the Hawks’ blueline being shitty is wasting an all-time year from this duo. I’ll never take the glory years for granted, but given that these two are going off in this way, this really should have been another glory year. Damn.

– I’ve only watched two games of the Slater Koekkoek era and I’m already sick of it. I don’t hate the move for him at all, because dropping Jan Rutta and moving up the draft is nothing to complain about. Also, he does bring some speed that at least fits more of what Coach Cool Youth Pastor is trying to do. But even with that, the guy sucks ass. I haven’t seen him doing anything good yet and he was practically sitting on top of Collin Delia on the Capitals 5th goal. There was another breakdown in the defense along the way but it was still rough from him. Add in that he played over Henri Jokiharju, who inarguably needs to be in the lineup every game, and I’m tired of it already. Fucking sick of it. Get rid of it.

– Delia meanwhile had a game that reminded me a lot of Mitchell Trubisky, in a weird way. He made the big plays, performed well in the most important moments, but he still had some major screwups on the simple shit. The first two Washington goals were absolutely inexcusable, but then he continued to make the crazy saves that he had no business on. It was weird. But if he, like Trubisky, starts fixing that small shit, there’s definitely something there – more for Trubisky than Delia, but still (and no I am not doing well with Bears season being over.