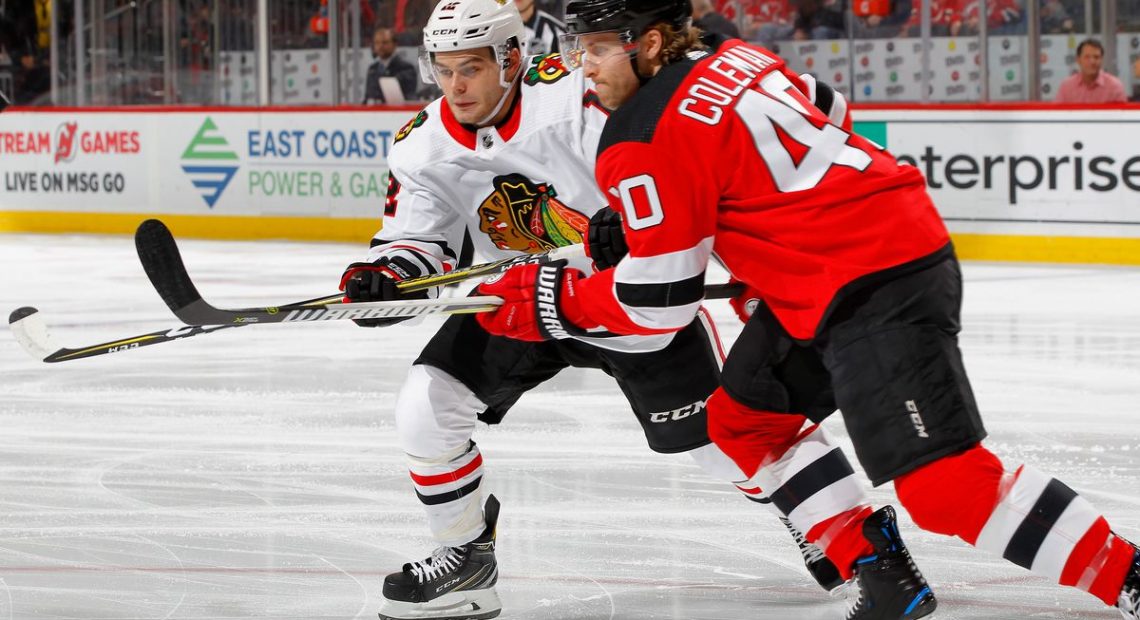 This is one of the absolute strangest games to try to recap. The Hawks played pretty bad but the numbers don’t seem to bear it out. Let’s dig in.

– So, the Hawks CF on the night was 50.53%, which bears out a pretty evenly played game. But if you click that Natural Stat Trick link above and find the game flow chart, you’ll see that it took until the Hawks were down 4-1 for them to even start making substantial progress on bringing this back to even. Folks, we call that score effects. This was a piss poor performance from the start and they got shitbrained by a team that realistically shouldn’t be that much better than them. That’s bad.

– Cam Ward is a huge reason why the game went south so quickly, but it clearly couldn’t all be hung on him. He was awful in net, but that only compounded the problems – it might not have mattered as much how bad he was playing if it weren’t for the fact that the Hawks were playing like dog shit in front of him. Still, we knew that Ward was a bad signing when it happened, it’s continued to show as a bad signing since, and tonight was one of his worst games of the year. Luckily there are only 34 games left, and he probably will play less than half of them. So we have that going for us!

– Slater Koekkoek is awful. I don’t even need to see more of him to reach that conclusion. The numbers showed it before he got here, and it just took one night of watching him before we saw it. I don’t even give a shit that he had a 60% CF at 5v5. I don’t want him around.

– Patrick Kane is so wasted on this fucking team. He’s arguably the most wasted player in the NHL, and that says something considering Connor McDavid is still stranded in freakin’ Edmonton. But it’s clear that Kane is still one of the top-5 players in the game, and as Sam wrote last week he might be having his best season ever, and yet he’s wasted on this team that is approaching the inarguable status as the worst team in the league. Eat at Arby’s.