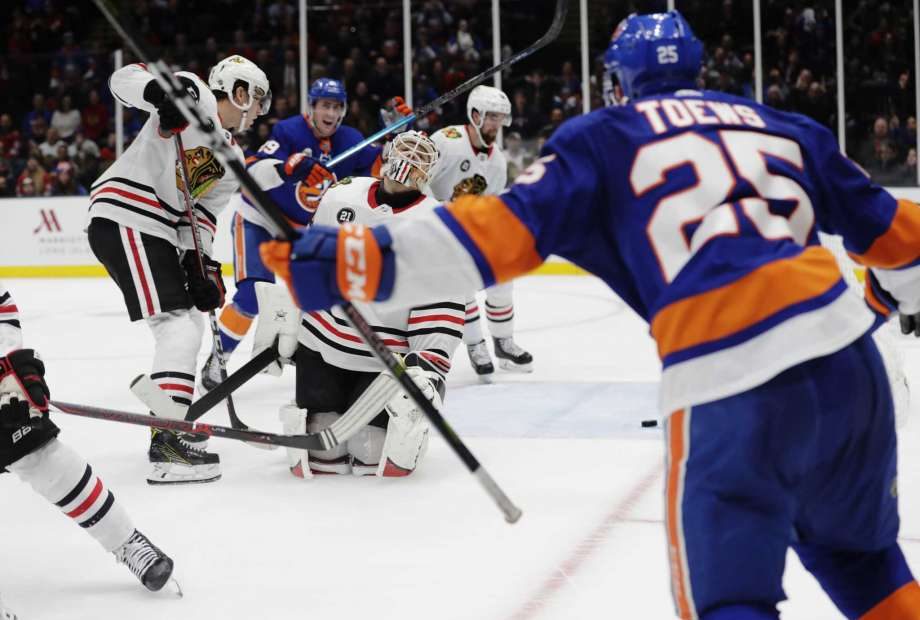 The Blackhawks were lucky this shitfest went to overtime. I am no Pullega so let’s just bullets it:

-The Blackhawks being beaten by a guy named Toews is kind of a hilarious cherry on top of this season, to me at least. Finally Hockey Twitter is right and a Toews was the downfall of the Hawks.

– So, Collin Delia might be an actual thing. Like I said, the Hawks were lucky they even got to overtime in this one, and it was solely on the play of Delia that they got there. He stopped 47 of 50 total shots and was locked in the whole time, save for some slight rebound control issues early on that aren’t exactly surprising given this is his fifth career NHL game. He’s been aces for them and might just end up fucking up the quasi-tank they have going on here. But given the status of Crawford, if he proves to be a franchise goalie, that’s way more important than Jack Hughes would be so it’d be fine. Moving forward there is no reason he shouldn’t be started every game that isn’t a back-to-back, and since the Hawks have just one of those in a light January before the bye week at the end of the month, he needs to be between the pipes this whole month so we really see what we have here.

– I have been very wary of giving up on Gustav Forsling, in large part because I felt like I really saw something in him that proved he could be a good defenseman in the NHL. He has the smooth skating stride, the puck control, the passing that you want to see from a mobile defenseman. The problem is he can’t for the life of him put it all together, and I don’t think they ever taught him what defense actually looks like in Sweden. He has been downright bad for a while now and I have finally come to grips with it. At this point the best case is maybe that you find a team willing to gamble on his upside.

Side note – based on the reports I’m hearing from the WJC and some of the earlier scouting reports, I might be starting to be a little worried about if Adam Boqvist is actually gonna be able to play defense, or if he’ll just be Forsling with better tools.

– The Jonathan Toews “Fuck You Tour” continued tonight, as even in a game in which the Hawks got shitpumped and skull-fucked simultaneously in the possession game with a hilariously bad “are you sure you even tried” 36.89 CF%, Toews dominated to the tune of an individual CF% of 60. Brandon Saad and Dominic Kahun were flanking him and were the only other two Hawks above 50%, with 58.64 and 54.55 respectively. That’s a dominant night from that line that basically went for naught, save for Kahun getting the opening goal of the game.

– Speaking of “Fuck You” tours, this time of a different variety, Duncan Keith was ass again tonight with a 37.14 CF%. I’m sad but also tired of it.

– I had the national NBCSN feed streaming on my computer, because for some reason NBCSN wanted to subject the nation to this monstrosity, but in the end it turned out that the real monstrosity was the broadcast. I don’t know who the announcers were for the broadcast, but they were boring as hell. One of them was a woman who’s analysis was good for the most part save for a few cheap praises of a Hawks team that played like utter garbage, but even with that they were not exciting at all. It also sounded like Nassau Coliseum was dead. And then in the intermission reports, Kathryn Tappen (who is normally very good) butchered Delia’s name to an extent that I did not think could be possible, though I can’t exactly blame her because he’s a relative unknown and she’s on the national level so she probably learned his name today. Then Roenick had the audacity in the postgame to say the Hawks played “good tight defense” and that’s why Delia was able to keep them in it, and I was done. I need to go back to the Mute Lounge.