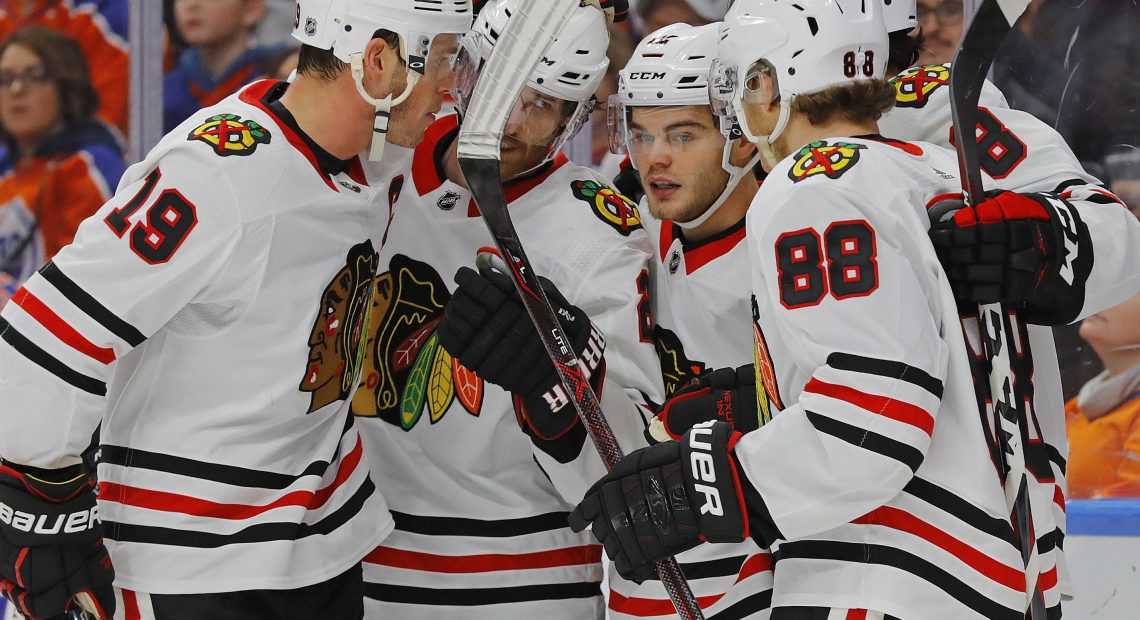 So no need to intro this. Shared a few thoughts on Twitter last night so a couple new ones and expounding on what we talked about before. Sorry for the delay. Technology is not my friend.

-We bitched about Duncan Keith’s lackluster effort on Thursday in Vancouver. And apparently he wasn’t pleased with it either, or got the message that his coaches weren’t. However, Duncan Keith trying to do everything is only slightly better than Duncan Keith doing nothing. He makes things happen, like Top Cat’s power play goal by standing up at the blue line that was vintage Keith. He also leaves his partner out to dry a few times. Or he doesn’t make the simple play like in the last minute when he was a foot from the red line and could have just dumped the puck into the Oilers’ zone.

You can see the thinking. If Keith can successfully cycle back into his own zone and hold onto the puck they kill more time. But it could also lead to what it did, which is a scramble, a turnover, and then a goal you can’t give up.

Keith has been put in a tough spot all year, as the only player that can play with him and allow him to do all the things he’s done is Connor Murphy, and that would frontload the defense too much. So he’s having to make up for all sorts of deficiencies. And I guess we’d rather have the super locked in and super hyper Keith than the one that’s just kind of there.

-I guess I could warm up to Jordan Oesterle’s “KEEP FIRING, ASSHOLES!” approach to the game in the offensive end. The Hawks lack any sort of threat from back there now that Seabrook can’t move and Forsling is usually in quicksand in his own end. And Oesterle usually gets his shot through. It would be better served on a third pairing. But then again, we can say that of six of the eight d-men on the Hawks right now.

-Michal Kempny once again had a 60+% Corsi. I’m sure he’ll sit on Sunday so we can see more of Cody Franson pinching in the neutral zone to a puck he won’t get within five feet of.

-As I said last night, I’m sure a lot of people expect me to point out that Jeff Glass’s rebound control was awful. Or that he lost his net too many times. Or that his glove seemed to be made of superballs. But let’s leave that aside. At the age of 32, he won his first NHL start. He spent seven years in Russia for this. Sometimes, it’s just a good story.And this one is. There’s certainly a place for it, and it’s one of the big reasons we love sports. Let’s just hope the coach doesn’t fall in love with it.

-That said, in the pregame they had a clip of Q’s pregame presser where he said he hoped that it would cause a spark and the team to rally. Clearly he wasn’t thrilled with the team’s effort in games this year. But I don’t think he’s talking to the kids. Forsling’s problem isn’t he isn’t playing hard enough. Neither is it Rutta’s. Certainly not Schmaltz’s or Top Cat’s. So where do you think that was aimed?

-Still, Q didn’t do Glass or his team any favors again. Three times in just the 1st period, he sent Schmaltz out for a defensive zone draw. You know McDavid is coming out for those. Yeah, sometimes the rotations don’t leave you much choice. But two of these were after TV timeouts. Is that a matchup you really want? Thankfully it didn’t result in any goals.