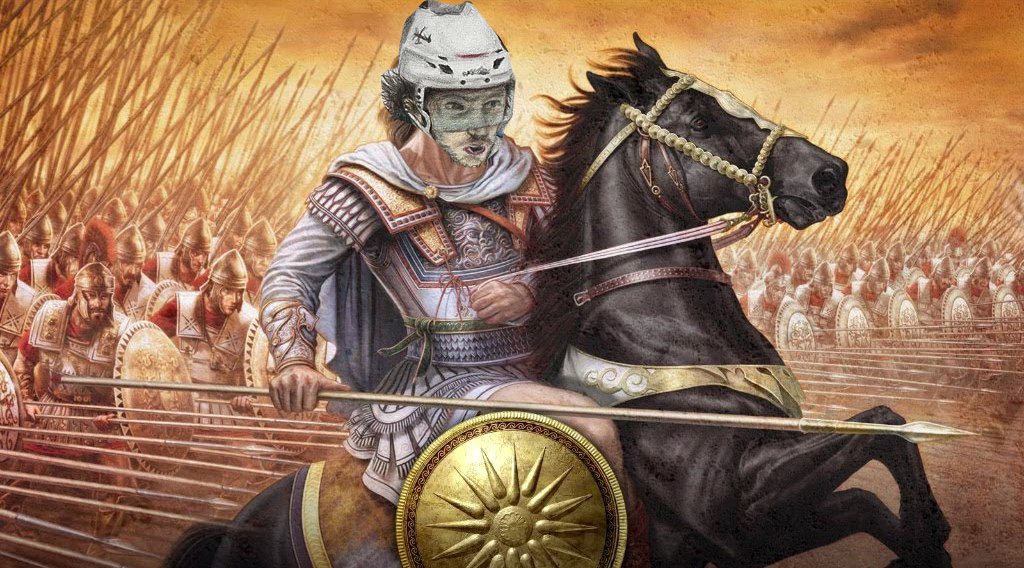 We’ve been over and over the treasure that Alex Ovechkin is. We’ve documented how he’s a unicorn when it comes to the amount of shots on goal he generates. How he’s probably under-appreciated even if he’s one of the top ten players of all times. We’ve pointed out how given the current scoring environment, he’s put up some of the greatest goal-scoring seasons of all-time. And yet it feels like because of his team’s inability to win more than seven playoff games at a time, which he only takes so much responsibility for, we still don’t have the esteem for what’s really going on here.

So here’s another angle: What if Ovechkin is the last 600-goal scorer we see for a while? Maybe ever?

Ovie is currently 22 short of the 600 mark, and given that he’s already piled up 20 this year in just 28 games, you wouldn’t bet against him to get it this year. Even if he were to go completely cold, and wouldn’t everyone love a place where 35 goals is considered “cold,” Ovie will get there in the first month of next season.

The only other active player anywhere close is Patrick Marleau at 518. But needing 82 goals would see Marleau having to put together probably three more 22-25 goal seasons, depending on how this one finishes, which would have him scoring 20+ goals past the age of 40. Only Teemu Selanne has managed that in recent history, so you wouldn’t bet on it.

Other active leaders like Rick Nash or Marian Gaborik… you can forget it. Sidney Crosby is 206 goals short. You could see Sid managing to average 20 goals per year for another ten years, given he’s only 30, and he probably has a few 30-goal seasons left. But if the miles catch up? Or the injuries pop up again? He’s really the only other one out there now you’d fancy.

Steven Stamkos has 332 goals right now at age-27. That leaves him 268, and projecting him for nine more 30-goal seasons when he’s 36 isn’t all that far-fetched. Or bleed out some 20-goal seasons until he’s 38 or 39, and given his Gary Roberts-inspired fitness, you could see that. You could also see him playing like three more full seasons given his injury history and not get there.

Sure, the younger players in the league are the ones you’re screaming about. Run CMD’s MVP season saw 30 goals, and he has a career 57. He’s only 21 obviously, but he’s 543 short. That’s 40-goal seasons for 13 more seasons. It’s 18 30-goal seasons. There have only been 37 40-goals seasons in the past 10 years. It’s just not the environment for it. There were just three last year.

Patrick Kane needs 305 goals to get there, which means he’d need to be scoring 30 a year until he’s 40. As he only has three 30-goal seasons on his resume, you’d tend to doubt it.

Maybe the real question we should be asking is will Ovechkin be the last 700-goal scorer? Almost certainly yes. If Ovie gets the 600 this year, he would only need 100 more at the spry age of 33. Surely Ovie can find 20-goal seasons until he’s 38, if he wants to play that long. Seeing as how he’s never scored less than 30, it probably won’t take him that long. But who else is coming up with that? Averaging 40 goals for over 17 years? Again, there have only been 37 40-goal seasons in the past ten seasons.

Like 500 wins in baseball, this is a mark we might never see again. Maybe finally then we’ll realize what we have in Ovie.