Game #28 – Hawks vs. Capitals: Douchebag Du Jour – There Can Be Only One

Sometimes it’s hard to find a guy on a team that you can build up any level of distaste for. They’re just a team of “guys.” Sometimes the pick is rather obvious, but only because a player sticks out just enough from a group of those who don’t really elicit any emotion. Sometimes it’s a little clearer than that.

And then there’s Tom Wilson.

You will not find a bigger douche-canoe in the league. And what makes it worse is that most Capitals fans will perform some combination of an aerial one-legged crow and fire-eating to defend what should be one of the worst first-round picks in their history. Wilson can’t do anything but charge and board and yap. This dingus got himself suspended twice IN THE PRESEASON!! Do you understand how royally fucked up that is? He’s an absolute danger to his coworkers, and if the NHL Players’ Union had any sense of respect for their own they would have gotten to this guy long ago. He’s a misguided missile.

And he doesn’t do anything. The most hilarious aspect to Wilson is that he was a first round pick, At the time the Caps took him in the first round, FIRST ROUND MIND, he had 12 goals in the OHL over two seasons. You know who scores in the OHL? EVERYONE!!! Where did McPhee drum this up? In any other sport a pick like this would see you never get an executive job again. In hockey it gets you an expansion team.

Caps fans will tell you that Wilson is a dependable penalty killer and forechecker. You know where you can find that? FUCKING EVERYWHERE! The Hawks dug Tommy Wingels out of their ear this summer and Wilson is essentially the same thing. Eric Fehr has been in the league for like 73 years. Torrey Mitchell has been in the league a decade and has played for every team twice. We could go on for another hour at least. And none of these guys are likely to maim an opponent 10 seconds after they released the puck, if not whistle.

But no. Guys like Wilson, just like Raffi Torres and Derek Dorsett and Dan Carcillo and whatever other dangerous jamoke you want to name before him will always find a home because an NHL GM is always likely to grab his groin and say his team needs to be tougher to play against and “we like that element.” None of them can tell you how it helps you win, but that’s clearly secondary.

Fuck Tom Wilson and the ship that brought him to shore. 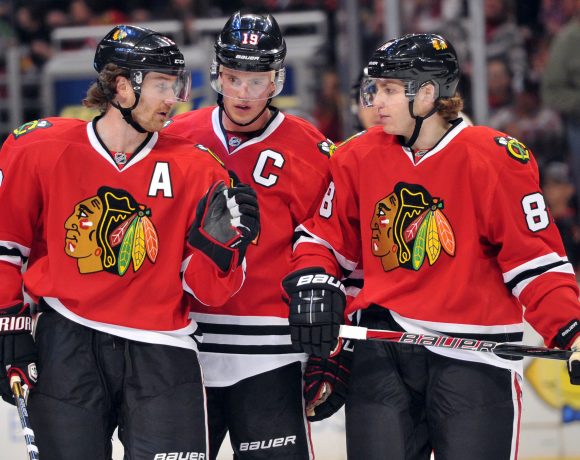 Rock & Roll Is My Second Favorite Thing In The Whole World