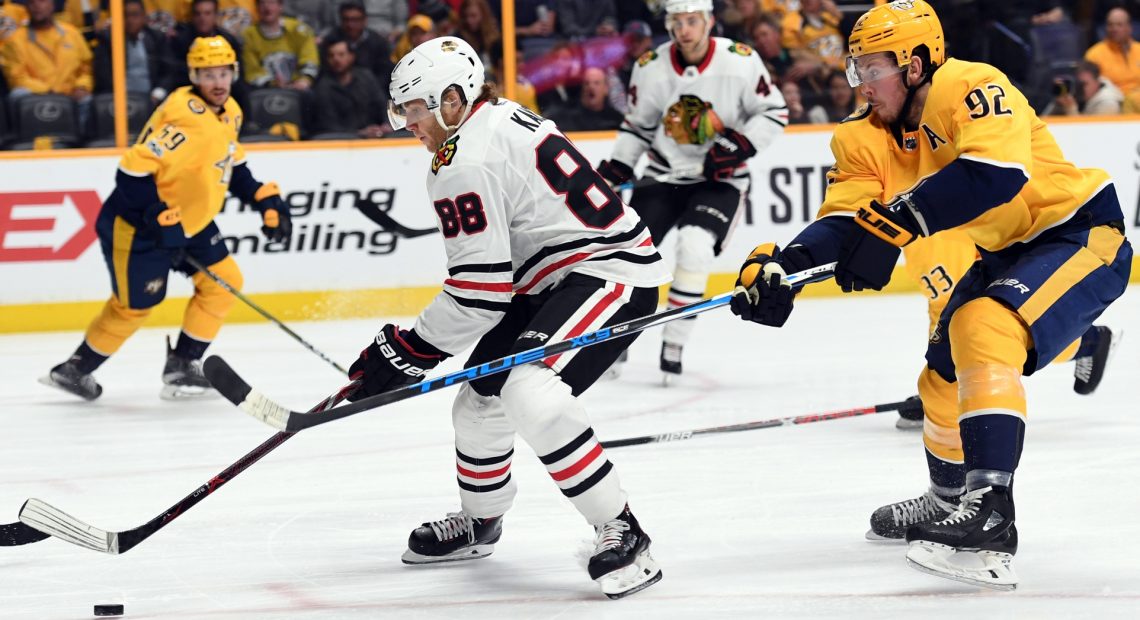 In general, I’m not a fan of back-to-backs that involve travel. I am especially not a fan of them when it involves having to go play the Predators, who are arguably the fastest team in the West. You’re gonna see a naturally slower Blackhawks team going up against a pack of shitheads and fuckwads that are pretty much going to skate circles around them, and that’s pretty much what happened tonight as Nashville swarmed the Hawks to the tune of a 3-2 win. Let’s get to it:

Next is Dallas on Thursday night. Onward.

Beer du jour: Dos Perros by Yazoo Brewing. I thought a Nashville beer might bring some luck in that city. I am truly sorry.

Atop The Sugar Pile – All Star Break Edition