Game #24 – Hawks vs. Panthers Spotlight: Sasha Barkov Might Be The Boss, Too 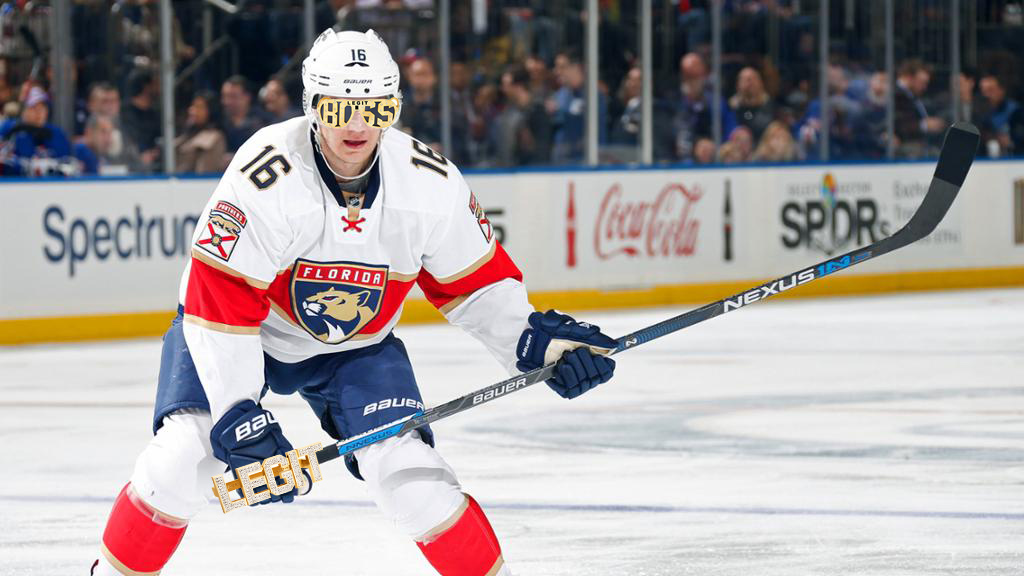 You’d be forgiven for not knowing that Aleksander Barkov is one of the best young centers in the league. You’d also be forgiven that if you knew that you didn’t realize he’s still only 22-years-old. He’s in his sixth season already, and is anchoring this Panthers team which a lot of people still think will eventually surprise in the Atlantic Division (though people think a lot of things). It’s not his fault he’s toiled away in Sunrise, which is basically the witness protection program for NHL players. Barkov has gotten to play in only six playoff games in his five previous seasons, and it’s hard to carve your name out for the masses when that’s the case.

He’s a name you should know. Barkov’s 79 points last year and 25th-place finish in scoring might not seem like it’s all that impressive for a #1 center. But you have to look a little deeper than that to see what was actually going on.

Barkov, and his linemate Evgenii Dadanov, and a cast of thousands on the other side, were used as much as a checking line as a scoring line. And not just like a secondary checking line along with a third or fourth unit that did the real mine-sweeping. Barkov started less than 40% of his shifts in the offensive zone. His quality-of-competition was top-20 in the league. And yet he was still able to put a point-per-game, while also managing a possession-share over 3.5% higher than the rate of his team when he wasn’t on the ice. That was the second year in a row he’d been well above the team-rate, as he went +5.2% in that campaign.

Of the top-35 players in terms of relative-Corsi last season, none had a lower percentage of shifts start in the offensive zone than Barkov. Of the top-25 scorers, only Brad Marchand and David Pastrnak had zone starts anything like Barkov did, and they got to run with Patrice Bergeron. Perhaps Barkov is the new Bergeron? The new, Finnish Bergeron?

The Panthers seem to want to lessen that burden this season. Barkov has seen his defensive-zone starts drop from 60% last year to 51% this year, as Vincent Trocheck was taking up more of that responsibility. But now that his leg is in cubist form, it may land on Barkov to take that role back. Which will probably keep him from putting up the 90+ points that would get anyone to notice a Panther for awards such as the Hart or Selke.

Still, Barkov is trucking along at a point-per-game again, with 18 in 19 games at the time of writing. He’s also got a full-time left-winger now in Mike Hoffman, who he has helped elevate to the team’s leading scorer and on pace for a career-high in goals and shooting-percentage. Hoffman is getting more shots and more good chances (in terms if individual expected goals) on Barkov’s wing than he ever did in Ottawa. He’s averaging less shot-attempts as well, which lets you know that he’s getting the puck in better areas with the improvements in shots on goal and chances. That’s all on Barkov.

Which makes Barkov’s contract a real boon for the Panthers. He’s on a matching $5.9M hit with Jonathan Huberdeau for the next three seasons after this one (Huberdeau has four). The Cats don’t have a lot of raises to dole out in the coming years, but with Barkov such a bargain it would behoove them to make the most out of the next three years before he becomes one of the more coveted free agents in recent memory.

And maybe by then, people will actually know his name.