Game #22 – Hawks vs. Panthers: Spotlight – Maybe Dale Tallon Was Born On Third, Too 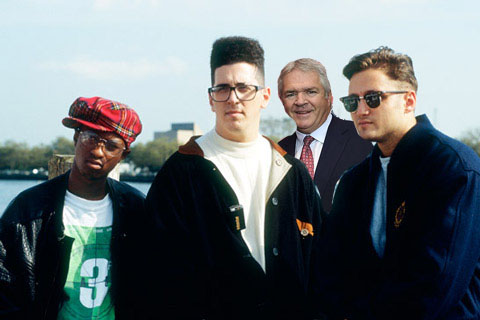 Because we’re angry and contrarian, we have sometimes been the lone voice–and certainly the loudest–in pointing out that the Hawks top brass were “born on third.” I.e. they inherited an already-made Cup contender and basically rode the wave by doing the very normal and customary to turn the Hawks what they have become. So while McDonough can go around and do all the puff pieces he likes, and boy does he like them, upon the 10th anniversary of his hiring, most of the hard work was already done for him.

We love to credit Dale Tallon for handing Stan Bowman most of his Cup-winning core–Stan added a piece here or there in ’13 and ’15 of course. And yet it feels like Tallon is doing his best in Florida to also prove he was just the drunk at the craps table who had one night where he kept rolling sevens. Especially this season.

For the past two seasons, Tallon had been kicked upstairs when owner Vincent Viola wanted to hand the reigns over more to a team of more analytic-based guys. That’s when Viola wasn’t reenacting the Battle Of The Bulge on his office floor with thousands of toy soldiers he assuredly has. And that didn’t go particularly well, though the Cats did end up with their second playoff appearance in 17 years in 2016, and their second-ever division title. Didn’t last long as they were bounced by the Islanders. Last year was sunk by injuries and Roberto Luongo’s aging, and in the frustration on not being able to build off of the momentum of the previous season, VIola went a little nuclear and reinstalled Tallon as GM and kicked most of the analytic guys to the curb. Or stripped them of their lapels or whatever it is he would do.

Tallon seems to be basking in “getting one over” on guys who had a different way of looking at the game and building a team. After all, their division-winning outfit of 2016 was still mostly his team. But his intent on destroying what they had has bordered on lunacy. Both Jesse Marchessault and Reilly Smith, who combined for 45 goals last year and were making nothing unreasonable were lost in the expansion draft and never replaced. Useful second/third pairing d-man Jason Demers was shipped out for useful-at-nothing Jamie McGinn. You’ll be stunned to learn that the Panthers are a middling goals-for team. They didn’t have 45 goals to lose. His solution was Radim Vrbata?

Tallon’s drafting record in Florida is spotty. Gudbranson, Bjugstad, Huberdeau, Trocheck, Matheson, Barkov, Ekblad, are all NHL-level contributors, and Huberdeau, Trocheck, Barkov, and Ekblad are almost certainly plus-NHL contributors at least. But over a six-draft period, that’s also a lot of misses. And maybe only Ekblad is a genuine top line/pairing talent? Barkov and Huberdeau are awfully good, but if they were real, NHL top-line talent would the Panthers struggle this much?

But Tallon’s drafting record in Chicago isn’t all that great either. Yes, Toews and Kane were acquired with top three picks, and you can laugh at that all you want but plenty of GMs get those wrong. Keith, Seabrook, Bolland, Bickell, Brouwer, Crawford, Byfuglien were all in the system before Tallon got the top job. He was in the front office as an assistant of course when these picks were made, and maybe had some influence, but the buck stops with the guy cashing the checks that have “G.M.” on it.  Tallon’s first draft was the Skille-over-Kopitar one, which is…less than glowing. Though that draft saw Niklas Hjalmarsson landed.

But past those two, top-three picks, it gets pretty ugly. And with first rounders. Kyle Beach, anyone? Shawn Lalonde, Akim Aliu, Dylan Olsen, Brandon Pirri (who at least fashioned an NHL career). Marcus Kruger was a late-round find, but as far as players that mattered to the Hawks…eeeep. It’s not Tallon’s fault of course that Kevin Hayes wouldn’t sign or Stephen Johns had to be used as the fluffer to get someone to take Patrick Sharp’s contract. So yeah, spotty.

And one wonders how much longer the Panthers can continue to get things wrong before that market is poisoned beyond rescue. They’re middling again this year, with nothing really to suggest they’re going to be much else. Based on this, is Tallon really the one going to have the Panthers break through to a higher level? It’s not a Florida problem, as the Lightning and Steve Yzerman are proving. In fact, their lack of a state income tax should be an advantage. Why wouldn’t players want to play there? But they’re not going there if they don’t think they can win anything. Hard to see how Tallon is the one to convince them he’s the one who can bring them that feature.