Game #21 – Hurricanes vs. Hawks Spotlight: Svechnikov And The Search For A Sniper 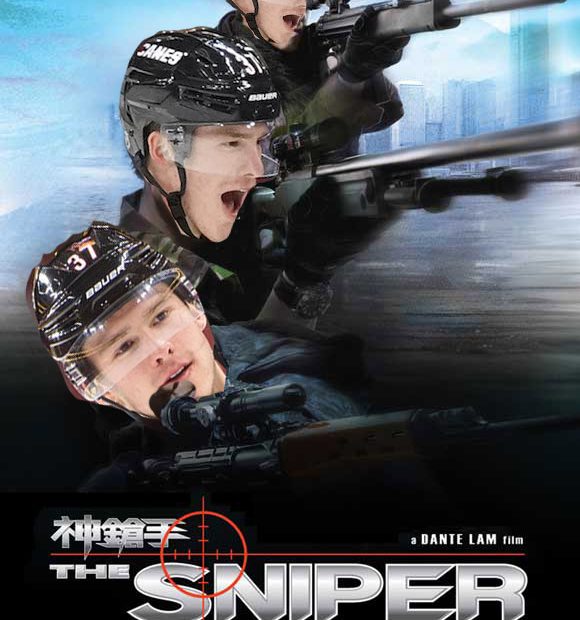 If you’ve followed us for a few years, or really paid attention to any analytic-inclined coverage of the Canadian Disease, you’ll know that the Carolina Hurricanes have been something of a darling for a while. Only last year did the results on the ice match the metric-love (great Prince EP), as the Canes finally made the playoffs and then streaked to the conference final after that. Before, they weren’t even much of a nearly team, as they didn’t come close to the playoffs often and hadn’t actually made them since 2009. So the crusty portion of hockey coverage could always scoff at them, because at the end of the day, it is about where you finish and not really how you got there.

The Canes were actually the inverse of what we talked about yesterday with these Hawks. They were a football team that could really move the ball between the 20s. But hockey games are decided at what happens at the ends of the ice. And the Canes couldn’t get a save, and they couldn’t get goals consistently. In the past five seasons, the Canes have never had a team shooting-percentage over 7.3%, and have finished in the bottom-10 of that category every year. So even if they were generating a ton of shots, or certainly way more shots than they were giving up, who gives a fuck if you can’t get the puck to go in enough to make it count?

The Hurricanes entire history is filled with a lack of true goal-scorer. Since moving to Carolina, the Canes have three 40-goal seasons. That’s in over 20 seasons now, keep in mind. Two of them were from Eric Staal, and one was from Jeff O’Neill somehow. In that same span of time, though playing eight less seasons, Alex Ovechkin has nine. So it’s been something of an issue.

In recent years, especially since they set Eric Staal free, they haven’t really had a player to even threaten that kind of finish. Jeff Skinner got to 37 a few years ago, but as we stated on Sunday, Skinner specializes in scoring goals that don’t matter. Sebastien Aho proved to be the genuine top line talent they’d been missing since Staal the Elder got old, but he’s more of a playmaker than finisher. Even if his 30 goals certainly played well last year. We know our Finnish Baby Jesus is also in the playmaking, two-way winger type.

The hope is that’s where Andrei Svechnikov comes in.

Svechnikov is off to a flier this year, with nine goals in his teams first 20 games, which would put him on pace for 37 for the year, which would tie for fourth-highest in Carolina history. The question is if this is what Svechnikov is. He’s shooting 17%, which is way over the 10.6% he put up last year. But top tier finishers live in the 15%-17% range, so maybe this is what he is?

Perhaps what will make Canes observers a little tentative is that all his measures from last year are down, in terms of the chances and attempts he’s getting off. Most of his good work has come on the power play, where he already has four goals and is shooting 21% so far. His PP time has been boosted by a full minute per game, perhaps soaking up the time Justin Williams would have taken, and he’s firing off a ton more shots, even if they’re not resulting in that much of a bigger likelihood of scoring.

“Svech” was drafted second overall because the Canes think he can be the finisher they haven’t had, off of scoring 40 goals in 44 games in his one season in the OHL. He won’t turn 20 until the end of March, and the list of players to break 35 goals at age 19 in the past 20 years isn’t very long. In fact, no one’s on it. The best mark as a teenager was Skinner’s tally of 31 in 2011. The Canes are probably hoping for better long-term than that.

If the Canes plan on taking another step, and that’s if their goaltending holds up which looks pretty shaky, they’ll need to fire themselves past the Perfection Line in Boston or the bevy of scoring in Tampa or DC or maybe all of them. At some point the collective isn’t enough and you need stars to drag you over the line. The Canes hope that Aho and Svechnikov are their answer.