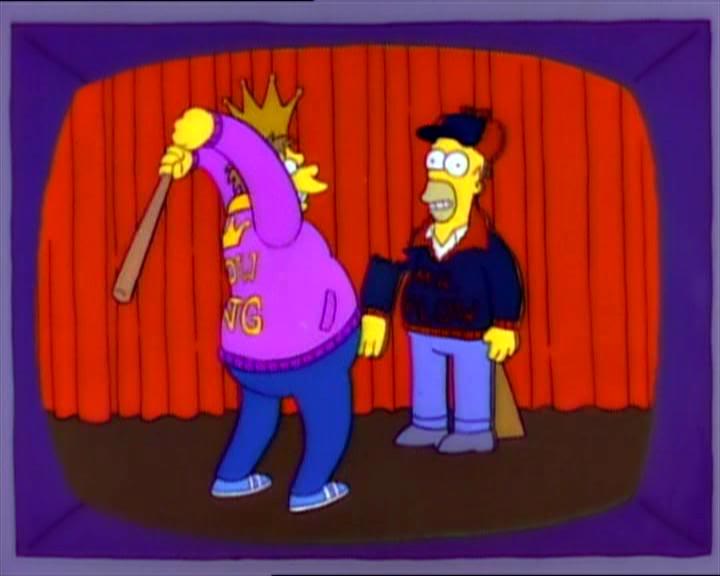 We really have to reach into the depths for our Kings Q&A. It’s best if you don’t know. Just know that he’s truly warped.

Last Saturday, Sportsnet flashed a graphic that the five leading scorers on the Flames had more goals than the Kings have scored all season. In the two games since, the Kings have added one goal to their total of 34, which is also the season total of the quartet of Kane, DeBrincat, Toews, and Saad combined.

You mean Ilya Kovalchuk and his five goals weren’t the answer?

Where would this team be without its leading scorer, Ilya Kovalchuk? The answer is in exactly the same spot standings-wise, and possibly the same place points-wise, depending on how a theoretical Knifey Spoony against Lundqvist and three friends turned out. If you pretend the Kings have two additional Kovalchuks? Well, they would break the salary cap by over $12 million, but also finally pull into a tie for 30th in goals with Anaheim. The only unrealistic part of this scenario is imagining the Kings bringing in multiple players in one offseason.

Anze Kopitar has six points. What’s the deal there?

And only three of those six points were at evens, where his most common wingers are Alex Iafallo, and since his return from injury, Dustin Brown. Playing around with sortable categories on Natural Stat Trick, one notices that his current numbers are still above 50% (hovering around 52-53% for Corsi and Fenwick). However, they are mostly below either his rookie 2007-2008 season or his broken wrist 2016-2017 season. He’s 31 and it has become easier and easier to concentrate on just shutting his line down. But I bet if Eastern Conference writers stayed up to watch him play more often, he would have at least eight or nine points by now.

Does Rob Blake have any idea what he’s doing?

He knows exactly what he is doing: firing everyone under him before people realize this team is going nowhere. Was it really John Stevens’ fault after just 95 games?

What does the immediate future hold? What should it hold?

The immediate future holds rooting against any hot streaks that pull them ahead of other bottom-feeding teams, or convince upper management not to make more drastic changes. Everything with a pulse should be traded, but the team’s most liquid asset is Carl Hagelin, whose best case scenario is being flipped for a fifth-rounder to a team looking for #SPEED. Their youngest defenseman, Paul LaDue, is 26. Dion Phaneuf is still signed until 2021. The immediate future does not look great, even with a big lottery win, so maybe it is time to revert to planting drugs on albatross contracts.