It’s been a weird start for the Penguins. They sit near the top of the Metro (though some of that is having played the most games), and yet they have a terrible goal-difference even without the 10 they gave up to the Hawks. Their analytic numbers aren’t very impressive either. Are the problems actually structural? Is this just fatigue/boredom? Combination thereof?
Weird doesn’t even start to describe it. They’re in a unique spot where their point totals are pretty much fine, all things considered, but everything else stinks. I guess a 10-1 loss will do that when compounded with a pair of 7-1 losses as well. It’s easy to chalk it up to those second legs of the back-to-back games on the road that Niemi played in, plus an NHL debut from Casey DeSmith in the other. Those three losses are enough to submarine any statistics. But I do think fatigue is a valid issue, given that they’ve played an extra 1/2 season more than some teams in the past two years.
Matt Murray has struggled to start the year for sure. Just a sophomore slump? Any worry about the amount fo games he’s been asked to play?
I don’t think so. I think he’ll be fine and get back to form. Not having a viable backup didn’t help him, as two of the games he was supposed to rest (Chicago and Winnipeg), he ended up having to come in for relief despite playing a full game the night before with travel in between cities. Now that Tristan Jarry has been called up and appears to be able to be a competent backup, it should help Murray get the rest he needs and give the Penguins a backup they can go to.
This sounds stupid, but 15 points in 20 games for Sidney Crosby isn’t up to his usual standards. In addition, his analytic numbers are below what we’ve come to expect. Anything serious going on here?
I don’t think it sounds stupid, because *everyone* has been talking about it. You could even focus on the fact that he scored 0 goals in 11 games and only logged 3 points in those 11 games, before scoring a goal and having an assist on Tuesday night. I think it’s a compounded issue, with the defense not being helped out much by forwards, so goals are going in Pittsburgh’s own net in bunches, and the fact that the whole team is in a spot right now where they aren’t finishing scoring chances and every opponent is.
Conor Sheary, 23 goals in just 61 games last year. Eight already this year. Genuine top line scorer or product of playing with Sid?
Honestly, I don’t know? Seeing as that the Penguins found Sheary out of UMass-Amherst and signed him as an undrafted free agent who spent some time in the AHL before coming up, no one has seen him play at the NHL level outside of the current role he’s in. Perhaps a little bit of both is the correct answer. Players who have a skillset combined with understanding the way Sidney Crosby thinks the game at the speed he thinks the game can set themselves up for success for a long time. I mean, Chris Kunitz was made an Olympian, and Pascal Dupuis extended his shelf life with a team about seven years longer than usual for him before he came to Pittsburgh.
The Metro has kind of come up flat. The Jackets are fine, we guess. The Caps are diluted. The Devils are likely to fade, you’d think. Even if it takes a while, is there any reason to think that the Penguins can’t take this division at a canter?
I don’t think there’s reason to doubt the Penguins right now. The past two years, they’ve shown that it’s not how you start. Once the holidays end and December and January are knocking on your door, that’s when it’s time to start putting together consistent results, and they still have time. Rutherford loves to make trades during December, and I wouldn’t be shocked at all if he does it yet again. To run through the Metro gauntlet here:
Blue Jackets: Probably will have another good regular season, but can they beat the Penguins in a 7-game series?
Devils: Seem to have rebuilt their team fairly quickly into a much different style but still think they need more time.
NY Islanders: I guess they’re still the Islanders? I haven’t seen much this year other than I know their line of Josh Bailey, John Tavares, and Anders Lee are lighting it up. After that, they don’t have much though, right?
Washington: A shell of their former selves, going through a cap-forced rebuild that usually happens to teams who win the Cup, forcing to let free agents walk and make trades to fit under the cap. Not pretty right now.
NY Rangers: Traded their #1 center this season to be able sign Kevin Shattenkirk?
Philadelphia: They can’t score goals right now.
Carolina: i expected them to be better this year but they did sign Justin Williams, so we can blame him for everything. 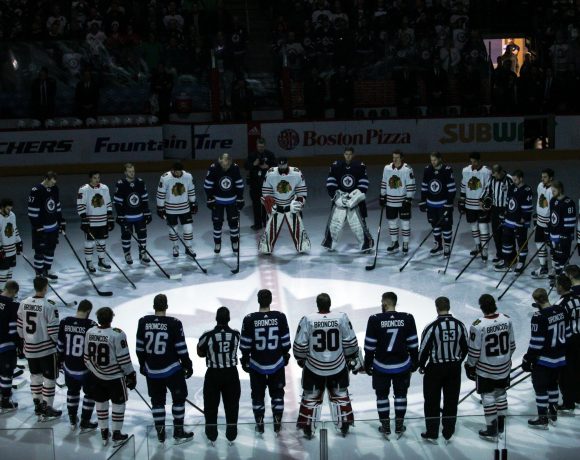 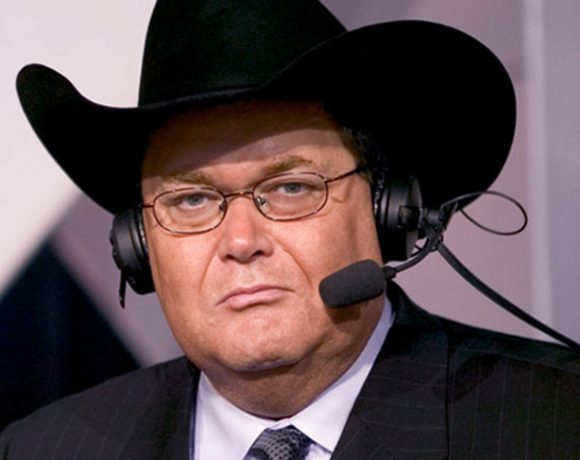 Game #27 – Hawks vs. Predators Q&A: It’s A Saturday Night On Payday Weekend In Muskogee With JR