Game #2 – Hawks vs. Blues Spotlight: Yours Truly, Some Bozak 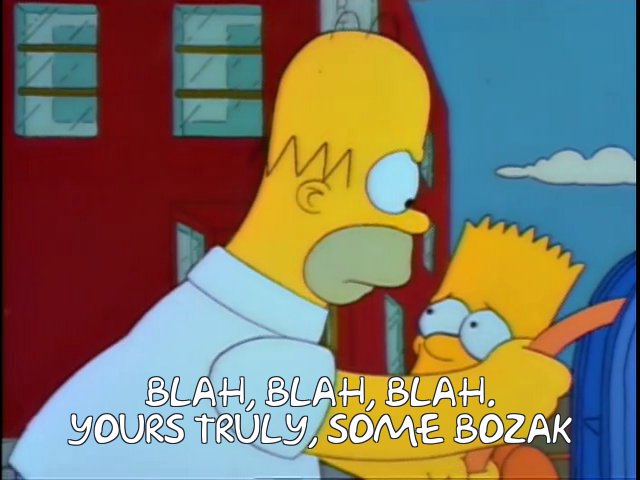 There is some metaphor or symbolism or word we use a lot that we don’t really know the meaning of in the signing of Tyler Bozak by the Blues from the Maple Leafs being immediately overshadowed by the acquisition of Ryan O’Reilly. Because Bozak has always been his best when concealed by others.

Bozak took a lot of shit in Toronto before the arrival of Auston Matthews (known as 1 A.A. in Ontario). He was Phil Kessel‘s running buddy, and seeing as how Kessel was reviled by Leafs fans for scoring a lot of goals, being American, and calling the press out on their bullshit, Bozak suffered some of the blowback from that.

Bozak was never a #1 center. It wasn’t his fault that the Leafs failed to produce another in his time there until Matthews. But there is a lot of media in T.O., and just about all of it wanted to score points by pointing out the obvious, that Bozak wasn’t a #1 center. And the more people say it, the more people believe that he was supposed to be. And then it looks like something was wrong with him, instead of the organization that didn’t equip itself properly to get him slotted correctly.

There was nothing about Bozak’s pedigree that suggested he should be even a #2 center in the league. He wasn’t drafted. He was in the Canadian college system, which is a bad place to be, hockey-wise. He had two middling years at Denver University. But because they have to talk about something in Toronto 24/7, calling him out filled the dead air.

When Matthews arrived, suddenly Bozak had the shelter he needed. It also helped that Nazem Kadri turned into one of the more effective and obstreperous checking centers in the game. Before all that, Bozak routinely started over half his shifts in the defensive zone. The past two seasons in Toronto that number dropped to 47% and then 42%. More importantly, his quality of competition dropped as well. Bozak saw less time on the ice, but he scored more, or at more of a rate, that is. Two years ago, his 55 points were a career-high. He backed that up with 43 points last year.

Bozak’s relative-Corsi to the rest of the Leafs was the highest of his career last year at +4.5%. But Bozak has always been a good to very good possession player, being positive in relative terms five of the past six seasons.

So now he’s in St. Louis, and it looks another sweetheart situation for him. Brayden Schenn does the top-line anchoring. Ryan O’Reilly is around to do the mine-sweeping of the hardest competition, or so you would think. Bozak gets to clean up the rest, and he gets to do it with a lot less noise in the way as was the case in Hockey Capital.

And once again, the Blues signed him to a pretty reasonable deal. $5 million is a decent chunk of change, but hardly revolutionary, and it’s only for three years which will take Bozak to his 35th birthday. Makes you wonder why the Hawks were on the sidelines, and/or so clingy about Artem Anisimov.

The Blues went from having Kyle Brodziak drooling on the second line at times last year to perhaps the best center-depth in the division behind the Jets. It’s clearly a go-for-it-now shift in Missouri, as it probably should be. They’ve been hanging around for just about 10 years now, and really have only taken one glimpse at a conference final.

Funny what a sense of urgency can do, huh?

Tags: man that would have been nice St. Louis Blues Tyler Bozak