Game #19 – Rangers vs. Hawks: Douchebag Du Jour – Chris Kreider Will Have To Do 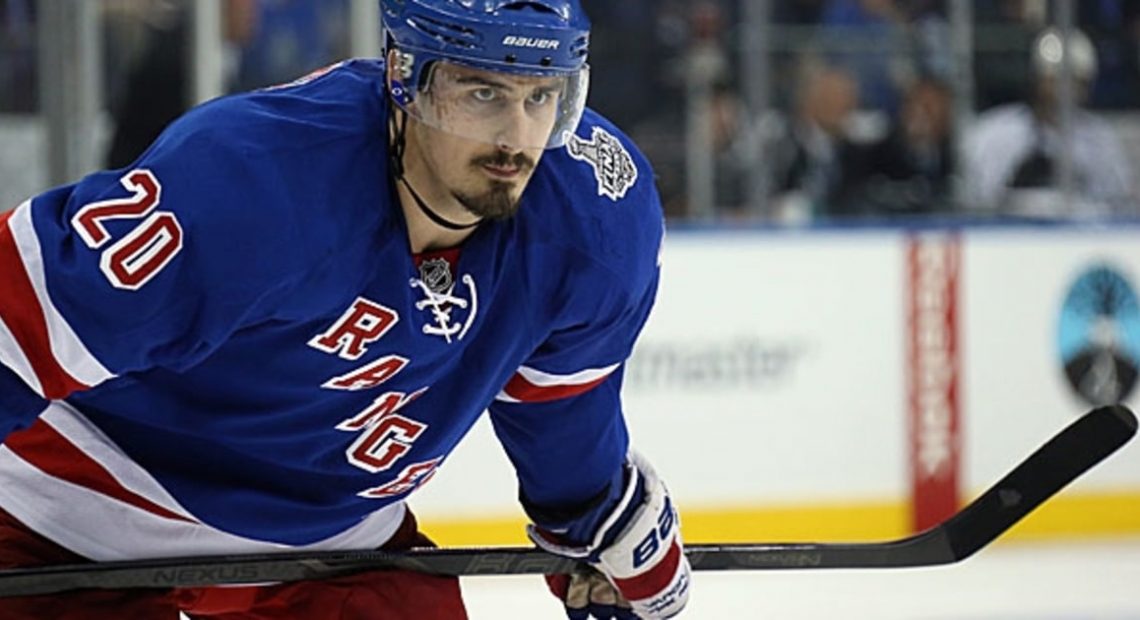 Here’s the thing about the Rangers. They’re not really an unlikable bunch. In fact, they’re not a bunch that sets off the emotions in any way. And in fact, it’s been that way for years. When you think of the Rangers, what do you think of? It’s ok, we’ll wait.

Still can’t come up with anything?

That’s the thing. With the Rangers, they’re the ones who just make up the numbers in the Original Six. There really isn’t an identifiable history. Or players. Or building. When you think of the Montreal Canadiens, it’s Richard or LaFleur streaking down the ice at the Forum. The Hawks have Chelios or Mikita or Magnuson bleeding in front of baying wolves at The Stadium. Wendel Clark crosschecking someone in the back of the head at The Gardens. Orr flying around the Garden (singular in Boston).

The Rangers? Petr Nedved’s confused gape at whatever iteration of MSG it was then? Alex Kovalev not really giving a shit? The Drury and Gomez signings? This is the organization that Jaromir Jagr thought so much of he ditched it to sit in a hot tub with Russian models and Roman Abramovich for two years in Omsk. Apparently being a Rangers captain doesn’t mean as much as when Mark Messier was blowing off-foot wristers past bewildered goalies.

So we’ll take Chris Kreider here, who never met a goalie he couldn’t run or an opponent he couldn’t yap at from behind two linesmen. He’s also from Boston, so you know he’s almost certainly something of a prick. And he looks like a Guy Fawkes mask. Who patters their look after Brian Boyle?

It’s the best we can do.