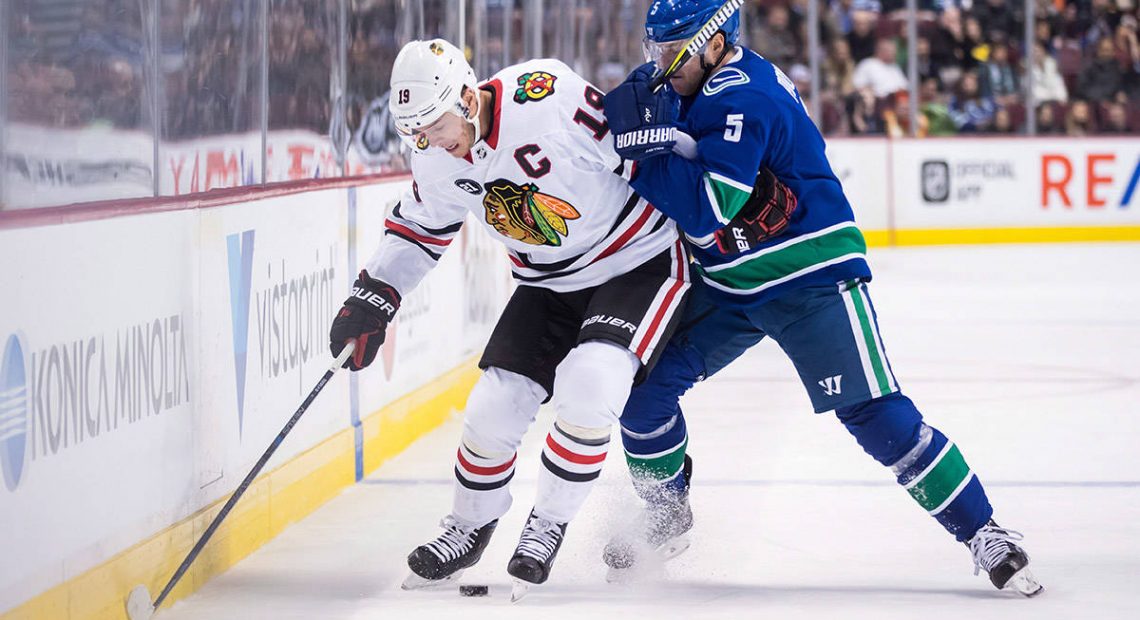 Some combination of last year’s horrible season and all of the insane optimism I have about the Bears has resulted in an all-time low level of expectations about the Blackhawks this year, and with that it’s been difficult for me to get worked up about bad losses. So it should tell you something when I say that this loss was really aggravating. Let’s just get this over with:

– At a certain point Brandon Saad is going to have a breakthrough on offense this year. I feel this is a certainty. His performances have been too dominant in almost all other aspects besides actually finding the back of the net, and even tonight he managed to that, albeit in a really weird way. He almost had a second but he Maradonna’d it into the net with the kind of backheel touch I’d like to see in Man City’s midfield (yes I am a Citizen. No I don’t know why Sam still lets me write here). Overall he was probably the Hawks best player tonight, and his 70% shot share at 5v5 bears that out (though it was actually third on the team to Wide Dick and Kunitz, his linemates). It’s either gonna come together for him or continue to be the most frustrating season imaginable. Hopefully the former.

– I don’t know what kind of galaxy brain shit led Joel Quennville to a defensive pairing of the Brandons Davidson and Manning, but the results of that pair being on the ice is what Q and his team deserve for not just putting that pair together, but sticking with it all night. Manning continues to be unarguably the worst player on the ice, and his presence on this team is an affront to humanity and the sport of hockey. He almost murdered one of the Canucks players tonight (it’s too late for me to go back and try to figure out who it was) and in my opinion the only just result is that he gets banned from the NHL forever. It’s only right.

– Meanwhile, Manning was a land of contrasts tonight. There was a 30 second stretch before the Canucks second goal where he did an excellent job closing Elias Petterson out in the defensive zone, basically completely shutting the rookie down on the rush. Then 30 seconds later he seemed like he had no clue what to do with Jake fucking Virtanen as he rushed, and Manning ended up leaving Virtanen way too much room to shoot, and he burned Crow high. And then probably about two minutes later he boxed out Louis Eriksson extremely well to shut down a rush. So what the fuck? Pick a lane my dude.

– This was a really bad loss, mostly because the Hawks played so much better in the first two periods than the Canucks. But when you get brained so badly you only manage 28% of the shots in the third period, you deserve to lose. Let’s agree to never speak of this again.