Game #13 – Hawks vs. Canucks Douchebag Du Jour: An Ass In Blue Is Still An Ass 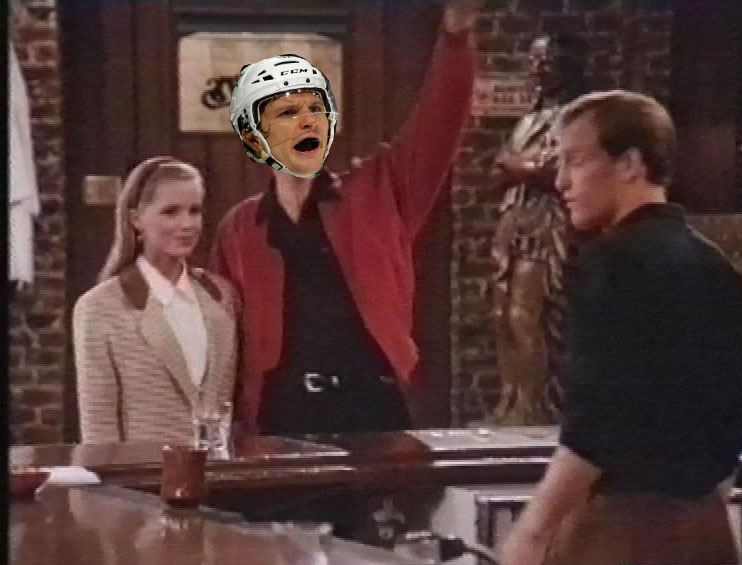 Antoine Roussel may have escaped to the Pacific Division and out of the Hawks division, but that doesn’t mean he’s changed his ways. He’s second on the Canucks in penalty minutes behind monolith Erik Gudbranson, and it appears he’s not going to let the Canucks down if they paid good money for an ass-rash.

Of course, one might wonder why you’d commit $3M a season to a third-line pest at best (see what we did there?). Roussel has never bettered 14 goals in a season, though he’s had decent underlying numbers in his career. That said, these types of players don’t tend to age well as they can’t keep up once they get around 30, and that only keeps players from believing in their bullshit even more.

Still, Roussel carries on a tradition of Canucks shitheads, and he would have fit perfectly on this team six years ago. It’s the only thing they seem to do well, and look where it’s got them! So many banners…that celebrate the fans….

Roussel can be as annoying as they come, and perhaps the most annoying thing about him is how hard he tries to be annoying. Players like Brad Marchand and Tom Wilson, as detrimental as they are to the league, it comes naturally to them. You don’t think they ever go out of their way for their shenanigans. But Roussel, the whole thing smacks of effort, man. He’s like a small child begging for attention and doesn’t care how he gets it. Pretty soon he’ll be stomping his feet and holding his breath.

At least it keeps the Canucks from fading into obscurity. There wasn’t much about them before, especially with the Sedins now at a farm upstate. They lost any sort of personality or notability, other than a couple kids who show promise. Anyone can do that. But the Canucks brand of ass-hattery, that’s what made them special.

From their failing hands they toss the torch to you, Antoine. Be yours to hold it high.