Game #1 – Hawks vs. Senators Spotlight: Dutch And His Packed Bags 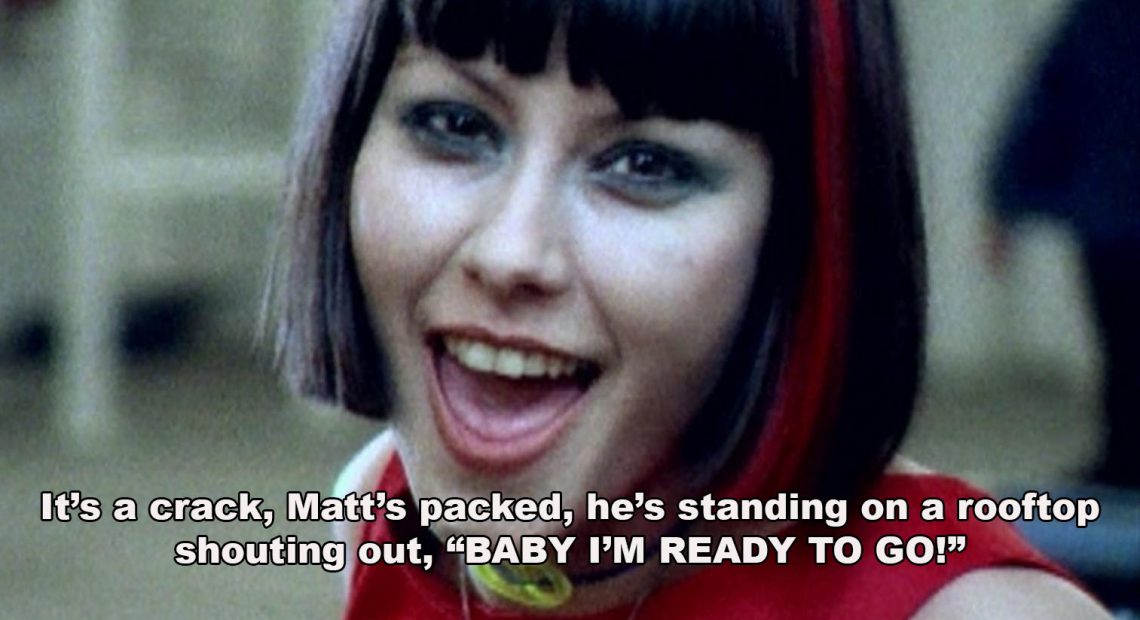 We’re not saying you should feel for Matt Duchene, because hey, he’s got a lot more money and talent than you. And that rich-kid smirk that you lost long ago when life’s pressures and obligations cratered the glint in your eye. But the unfairness of the NHL’s, and really North American sports’, trade-system is kind of on display with Duchene the past couple of seasons.

Dutch signed a new deal with the Colorado Avalanche before the ’14-’15 season. He was coming off a 23-47-70 season, and the Avs duly rewarded him with a $6 million per year deal for the next five seasons., And it’s not like Dutch didn’t produce. The four seasons before this one he’s put up 98 goals and and 214 points. If you need, that’s 22 goals and 53 points per, or thereabouts. Maybe that doesn’t equal $6 million in some people’s eyes, but it’s pretty damn close if it’s not.

It wasn’t Duchene’s fault that Colorado originally had a deranged bullhorn as a coach in Patrick Roy who ran the team into the ground. And it wasn’t Duchene’s fault that the Avs had to rebuild. All he did was play and score. But because he was expensive, and wanted to be more so when he hit unrestricted free agency for the first time, and the only time he would get to do so in his prime, he wasn’t in the Avs’ plans. So he had to go where he was told.

Ottawa actually was all right with him, because it’s not far from where he’s from. But it’s also not Dutch’s fault this is a basketcase organization that really had no business picking up a player like Duchene. It’s amazing how teams can get blinded by a playoff run that springs from a good draw and a hot goalie and a couple bounces. Yes, the Sens were a goal away from the Final two seasons ago blah blah blah. Anyone with a critical eye knew that team had no business being there, and were it not for Craig Anderson and dumb hockey luck it wouldn’t have been. It was a shit division they could escape, all the more proven when its champion Canadiens were dispatched easily by the same, non-descript, boring-ass Rangers team they had rolled out for six or seven seasons.

But they did, and Duchene was there to watch the bottom fall out on yet another Guy Boucher-led team, even with his 49 points in 64 games. Now he’s there for the nadir, or at least a portion of it, until he gets shipped off somewhere else that he’ll have no say over.

You can see why players want those no-movement clauses, and why they’re so protective of their UFA status. Thanks to the rules, you only get there at 27 or 28 if you’re lucky (Duchene will be 28 when he does), and given how the league has skewed being 30-years-old or over, you only get once chance for a mega-deal. This will be Duchene’s.

You have to hand it to the Sens, too. They acquired a player they really couldn’t have much use for in exchange for the biggest trade chip they’ll have in Kyle Turris, next to Erik Karlsson that is, and now they’ll have to move Duchene along for far less than they gave up because he’ll be months away from free agency instead of years. This is galaxy-brain shit, I tells ya.

Anyway, who might be interested in Dutch? There are a few contenders with needs on the wings. The Blues are the first that come to mind, but what they have left to deal after getting Ryan O’Reilly this summer is questionable. Also they’d have to move money to fit him in. Vegas and Nashville are always interested in fast wingers, and cap space isn’t a problem for either. The Kings could desperately use him, but they’re going nowhere anyway. Carolina could use all the offensive talent it could find, but who knows how they’ll evaluate him now that their system is based on how much a player grabs himself and snorts. Let’s just say there won’t be a shortage of takers.

And the Dutch can hit the market and get paid what he’s worth, or have a team make it worth his while not to. Can’t say he won’t have earned it.