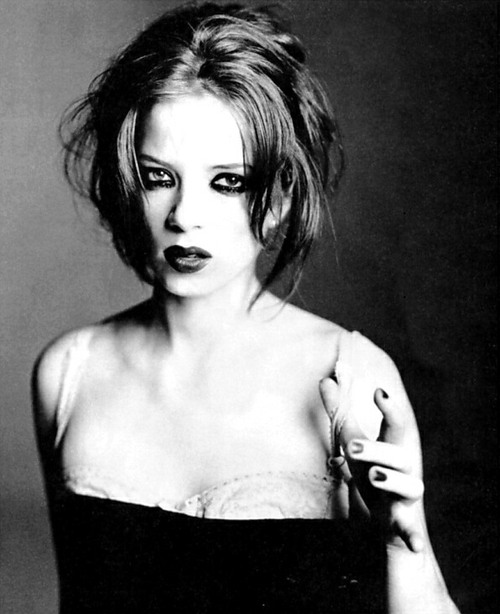 Though some of us are at least mildly concerned, and some are in a full-blown panic about the Hawks, it’s Friday, it’s the first warm weekend of the year (at least as far as I can remember), and that all should be cause to have a little fun.

If you’re like me — and judging by the fact that you’re reading a hockey blog and most of you have demonstrated a similar musical taste and attitude, you most certainly are — then you were also probably a pretty fucking awkward teenager. Then again, everyone’s an awkward teenager.

But your days are filled with the grim defeat of your face looking like a topographical map of the Ozarks, in your mind you were either far too thin or far too fat, your hair was fucking gross (ok, maybe that was just me), and you cowered in fear from what you thought the girls you claimed to hate but didn’t were saying about you when you weren’t around.

All boys of that age — and all of us as we get holder still hold on to that boy of that age within us — and attitude have this deep-seated fantasy that somewhere out there, there was a punk/metal vixen who would descend upon us, compliment us on our Clash t-shirt instead of mock us, teach us all the things it means to be a man, and confirm all our long suspicions that we were right and all the popular kids with their awful fucking musical tastes and their bottles of Malibu were wrong.

While I wouldn’t even dream of claiming what it’s like to be a girl of that age (or now for that matter, as I know little more of the fairer sex than I did then. Just ask PointMeSouth), I’m sure the fantasy isn’t all that different. Away from the derision and scorn of vapid, judgmental, popular girls, I’m sure all the punks I hung out with then (and still do, pretty much) dreamt of that same woman arriving, telling them they were listening to the right bands, that one day they would win, and that all the girls who reveled in making their life hell in high school would descend into boring marketing jobs and underwhelming marriages to raise annoying, ugly kids.

There were a couple when I was younger. Nina Gordon looked like she could be it, before her band splintered. McClure and I shared the 10 minutes Liz Phair was actually that, before it all went off the rails. It’s what Courtney Love has wanted so desperately to be but could never because she simply tries too hard.

But for bordering on 20 years now, it’s been Shirley Manson.

Obviously, I was at The Riv on Wednesday to see Garbage for the third time. They were as good that night as they were 10 years ago when I saw them for the first time.

I suppose it’s still the former comedian in me that really ramps up my admiration for Shirley. There is something captivating about watching a performer grip an entire audience by simply being there. Call it Jagger-esque, if you want. While my stand-up career had a lot of writing I’m still very proud of, my actual performance only varied from acceptable to woeful. What I would have given to exude a quarter of the swagger that Manson has.

She’s 46 now, and she still looks and sounds a true force. It’s hard to think of a performer who makes woman and men equally weak in the knees as Shirley does. But what most pop stars who trade on sex appeal will never get is true sexiness isn’t about a lack of clothing or whatever gyration you are choreographed to do. It’s self-assuredness, a strut that borders on arrogance but doesn’t cross, a feeling. Shirley could take the stage in sneakers, jeans, and a hoodie, and I’d probably still be unable to move.

Quick side story, thanks to a close friend in Boston who worked at WFNX at the time, we got into Garbage’s soundcheck before a show. We got to shake Shirley’s hand. I forgot my name. She laughed.

Yeah, I’m getting old. But Wednesday night, for about two hours, I was still 16 or 17 with the blotchy face and a racked psyche, but Shirley was still descending to convince me that I was on the right path, that I knew better, that being on the outside was the only place to be. It felt as good Wednesday as it did in 1998.