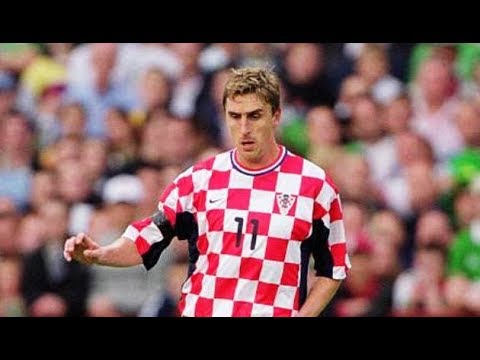 In case you’re curious, that top photo is for a close friend whose favorite player was Croatian legend Alen Boksic.

The weird thing about World Cups is that unless you’re a fan of the two countries participating, the final comes as something of an afterthought. Or the feeling of finally being put out of your misery pervades. There’s been multiple football matches on every day for two weeks or so, when you’re used to the pace of just twice a week during the domestic season of your choosing. Even after the group stage and first knockout round are completed, there’s still pretty much a match on every day except for a day off here and there for yet another week. By the time we get to the sharp end to crown someone which was the whole point, you’re exhausted, kind of just want it to be over so you can get in a few weeks of not watching soccer at all before the European season kicks off again in early August (sorry MLS, but who are we kidding?)

Croatia and France will bring this tournament to a close, a tournament that’s actually been one of the more entertaining major ones in a while. There have been a ton of great games, captivating stories, upsets, and now we do have two worthy finalists. Yes, Croatia may be small but it’s still boasting possibly the best midfield in this tournament, and if it isn’t then France probably is.

There are two problems going into Sunday, though. One, World Cup Finals are usually just dire occasions. Germany-Argentina was a slog until Higuain missed and Goetze didn’t. Spain and Holland may have been even worse, and that involved perhaps the greatest international side of all-time. Italy-France started off well but then devolved into trench warfare, pretty much literally in Zinedine Zidane’s case. Brazil-Germany took place at 6am and I had been drinking until 4 in Boston the night before so I couldn’t even really tell you what happened, and that Germany squad was utterly awful. France-Brazil was fun only because Ronaldo may have in fact been replaced by a cyborg with faulty wiring by Nike the night before the match. Quite simply, the sheer enormity of the occasion almost always gets the better of the match. This is the only match that players of this quality know they get to play in exactly once in their entire careers. Everyone in the world is watching. It’s too much.

Secondly, it’s a real mystery if anyone on the Croatian side can stand up for 90 minutes now. They’ve played an entire extra match in the most high-pressure situation thanks to three straight extra-times. The World Cup requires seven matches in a month, which is a lot for even these guys, and now Croatia have crammed in an eighth, or a fifth in just two weeks basically. It’s not ideal. This makes England’s capitulation al the more infuriating, though with Alli and Kane barely half-fit it was always on the cards and THAT’S NOT WHY YOU CALLED.

Even if fully fit, France come equipped with the players to finally shackle Ivan Rakitic and Luka Modric, which no side has been able to do yet. N’Golo Kante basically eats the entire middle of a midfield every game, and if Didier Deschamps didn’t huff too much glue before this one he could deploy Tolisso to do even more so and leave Modric and Rakitic with no space or time. Do that and this Croatia side lacks inspiration. Those two have also played every goddamn minute of this run for the Croats, so how much can they possibly have left?

Croatia also hasn’t seen anything like the mutant Kylian Mbappe during their run, as England, Russia, and Denmark simply don’t have anything like it. Given Dejan Lovren’s habit of chasing every ball in the air (believe me I know) and leaving space in behind him, Mbappe could simply destroy Croatia from there. So could Griezmann if Giroud can occupy the centerbacks. It’s scary to think about.

The other thing about France is the nexus of Kante, Varane, and Umtiti has basically been impenetrable. They suffocated one of the most talented teams here in Belgium last round, and while Argentina spasmed a couple goals out of nowhere, it’s not like they were raining down.

Still, this is France. They were miles better than Portugal on paper and playing at home two years ago, and barfed up their eclairs all over themselves to let a joyless, hobo-laden squad without Cristiano Ronaldo walk off with the European championship. This Croatia side is better than that, assuming they’re not all dead, so if France freeze in the bright lights again there’s more than enough here to pick them off.

Also, Paul Pogba looks exactly like Velveteen Dream and I can’t look at him the same way ever again.