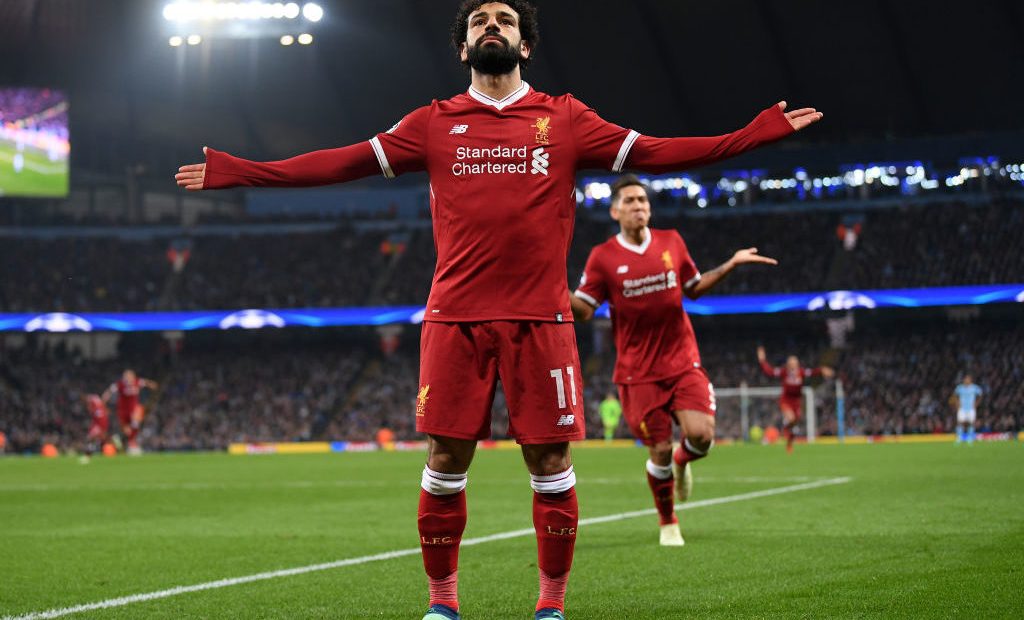 If you’re new to these parts, once summer hits we use Friday afternoons as an experiment lab to mix various chemicals and hopefully don’t lose our eyebrows in the process. What that means in layman terms is we write about whatever the fuck we want on summer Friday afternoons.

And another set of information. If you’re following me on Twitter tomorrow and it feels like I’m speaking in tongues, it’s because it’s Champions League Final day and my beloved Liverpool F.C. are participating for the first time in 11 years and trying to win it for the first time in 13. And if I have to explain it further, and now I’m getting tired, the Champions League Final is basically club soccer’s Super Bowl every year. Except it’s on a Saturday which makes way more sense. It used to be on a Wednesday, and boy did you have to jump through some hoops to make that work.

Now that we’ve set the table, what my dear Reds will find there is Real Madrid. Even if you have spent your life with your fingers in your ears and abhor proper football while you polish your gun and wipe the giardiniera from your chin, you’ve heard of Real Madrid. Either the biggest club in the world or the 2nd, but given the difference in money between them and Barcelona, they really are the biggest.

But you should hate them for more than just that. Having a lot of money is fine, being popular is fine, but Madrid are the conservatives favorite. They’ve amassed the most expensive squad around, or it was when it was assembled, and they’ve never been any fun to watch. They’re ruthless, they’re efficient, but there’s hardly any joy to it. Barcelona are still mostly homegrown (though less and less now) and whatever you’re feeling about them they did completely change they way the sport is played. They’re inventors, creators. Madrid are just a conglomerate. They just swallow up anything in their way through sheer cash and force, without ever generating any affection in the process. All that matters is the end result, and to be fair to them the end result is almost always good.

They’re still led by the name you know, Christiano Ronaldo, who at best has become soccer James Harden and at worst is probably a rapist. He barely moves now, certainly wouldn’t be able to find his own half if you put all the hair-care product in it, and yet he still scores all the fucking time. I mean, check this shit out.

It’s not just him, obviously. This midfield, while about as mobile these days as a Chicago construction site on your block, is as talented and dynamic as you’ll find through Toni Kroos, Luka Modric, and Casemiro. Sergio Ramos is one of the best defenders in the world somehow, as he always looks like he’s about a fraction of a second from kicking the ball into the top corner of his own net while simultaneously getting sent off. Raphael Varane isn’t far behind. And what make them tick is their actual homegrown players in Isco or Asencso or Vasquez, who do all the work that the glitterati think is beneath them.

As for Liverpool, they’re basically cocaine. The highs can be ridiculous and lift you to places you didn’t think possible, and the crashes can be just as insane. There’s no more lethal frontline than Mo Salah, Roberto Firmino, and Sadio Mane. And given that they have had two weeks off and are rested, you’ll basically see all three of these guys and the three midfielders behind them running all over the place trying to create turnovers as high as possible to then get the ball up the field as soon as possible to score. What the Penguins and Knights do on ice Liverpool do on grass. Get the ball, get it forward, pound it home before anyone has any idea what happened.

While they’ve been defensively far more solid in the second half of the year than the first, this is still a team that can give up six goals over two legs in a semifinal AND WIN! There’s no way they’re pitching a shutout tomorrow, and there’s no way they won’t score either. Nothing’s easy in Liverpool’s world.

It’s all on how Madrid plays this. If they try and play their usual, controlled, measured, dull-ass style and stroke the ball around while checking their watch, Liverpool are likely to tear into them and cause a ruckus just as both Juventus and Munich did. Except Liverpool have better finishing than those teams. If Madrid sink back, let Liverpool have the ball, and try and spring on the counter when Pool get sucked too far forward, then I’m going to be bathing in sad beers instead of happy beers. Ronaldo and Bale and Isco and whoever fucking else in space against our defense is basically the Pit of Despair.

It’s unlikely to be boring. Enjoy it. I won’t either way.

-I’d be remiss and insulting to current/former personalities on this blog if I didn’t mention that the English Championship Playoff Final takes place before the CL Final tomorrow, between Fulham and Cieslak’s Aston Villa. It’s called the richest match in the world, and it is. The winner will see something like a $200m windfall from joining the Premier League for just a season.

And that’s how it works. This is the second division in England, and the top two teams automatically are promoted to the Premier League next season (the bottom three in the Premier League sink to the Championship the next season). 3rd-6th go into a playoff, and this is the showpiece. Given how much is on the line, these games are suffocatingly tense and usually hard to watch. But you can’t look away either. So pour one out for Slak, it’s going to be a rough day for him too.